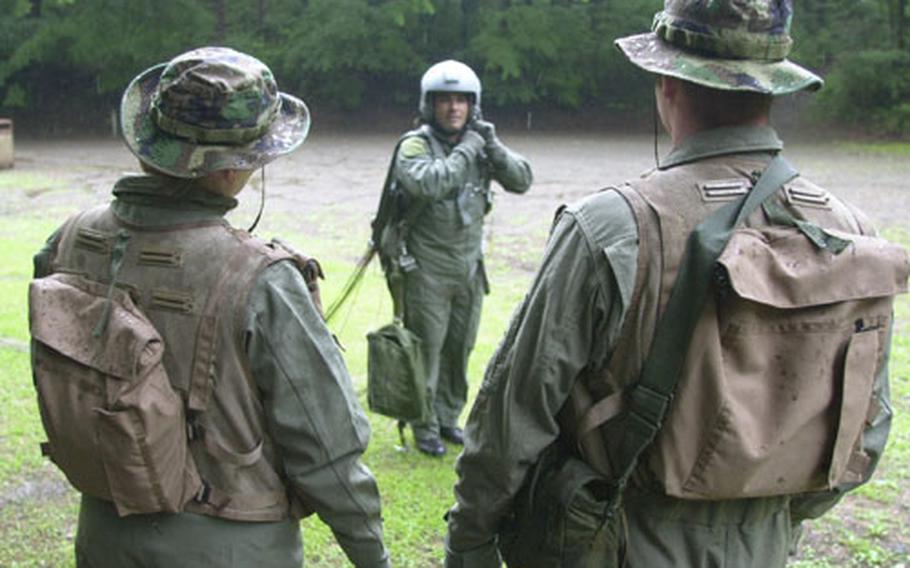 Joyce Hale and 1st Lt. Don Perry receive refresher training on removing a parachute after ditching from a downed aircraft during Survival, Evasion, Resistance and Escape training. The training is required to be completed every three years for vital personnel. (Jim Schulz / S&S)

Joyce Hale and 1st Lt. Don Perry receive refresher training on removing a parachute after ditching from a downed aircraft during Survival, Evasion, Resistance and Escape training. The training is required to be completed every three years for vital personnel. (Jim Schulz / S&S) 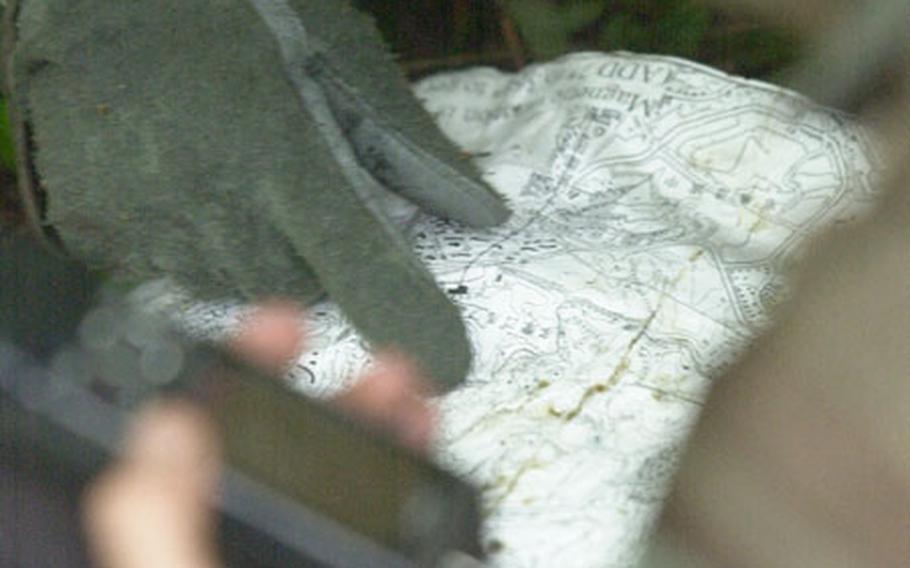 Indicating the next point to get bearings along a ridge. (Jim Schulz / S&S) 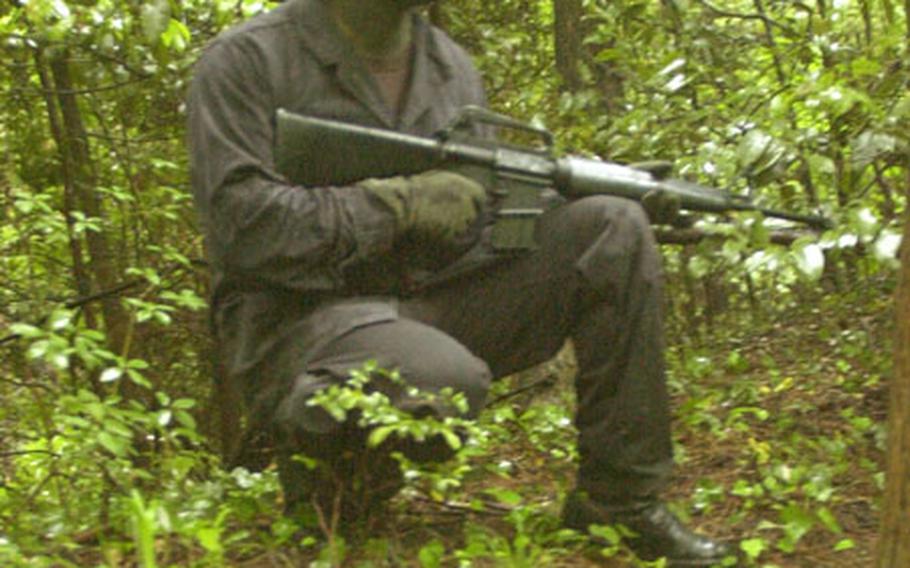 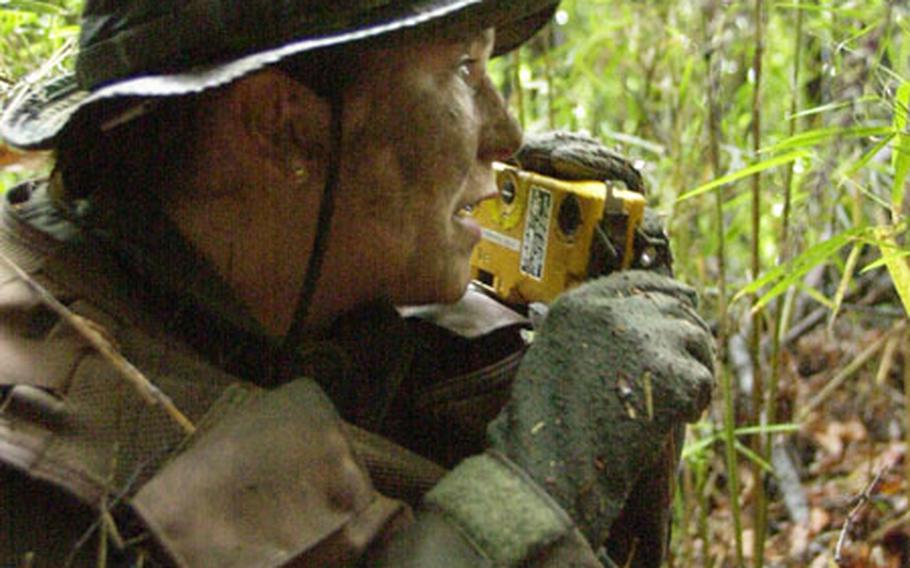 He watched as 1st Lt. Don Perry and Capt. Joyce Hale scampered away from his shouts and flattened their bodies in the brush against wet leaves and mud.

His face a black moon of camouflage paint, Jewell looked every bit the enemy.

&#8220;The biggest problem with Air Force training, in my opinion, is that sometimes it lacks realism,&#8221; Jewell said Thursday from Tama Hills, a rugged, 250-acre outdoor recreation area near Tokyo.

For Perry, a C-130 co-pilot, and Hale, a flight nurse with the 374th Aeromedical Evacuation Squadron, Thursday&#8217;s drill was their first in the field since training school.

The training reminded Hale of grim possibilities she never thought about as a military ground nurse; Yokota is her first aeromedical assignment and the 374th AES flies all over the Pacific.

Perry and Hale were dropped off at a small opening in the trees at Tama, their pockets packed with basic survival and navigation gear, including a hand-held radio, map, a GPS device and compass. Together they had five hours to find a spot about six-tenths of a mile away, where rescuers would meet them. It&#8217;s a short distance, but it takes time to get oriented, and travel is supposed to be deliberate, slow and quiet.

Before Perry and Hale darted into the woods, Jewell set the scene:

Tama&#8217;s junglelike environment of dense forest, tangled vegetation, and on some days &#8212; like Thursday &#8212; rain, is an ideal training ground for most of the Pacific theater, Jewell said.

At Yokota, Jewell&#8217;s primary focus lies across the Sea of Japan &#8212; he gears his training toward &#8220;everything on the Korean Peninsula,&#8221; he said. But, he can teach his students to survive and evade capture in any environment.

Jewell&#8217;s students learn that the best chance of rescue is within the first three hours of bailing or ditching an aircraft in hostile territory.

Jewell is one of two SERE instructors on mainland Japan; the other is assigned to Misawa Air Base.

Often, Jewell and Staff Sgt. Calvin Warner, a life support officer with the 374th Airlift Wing who assists with SERE training, will try to find their students. Sometimes a cough, snapping twigs or talking provide clues.

On Thursday, Perry and Hale made every effort to stay concealed, even rubbing mud all over their flight suit, face, neck and hands, as they were trained.