Survey: The troops’ turn to speak 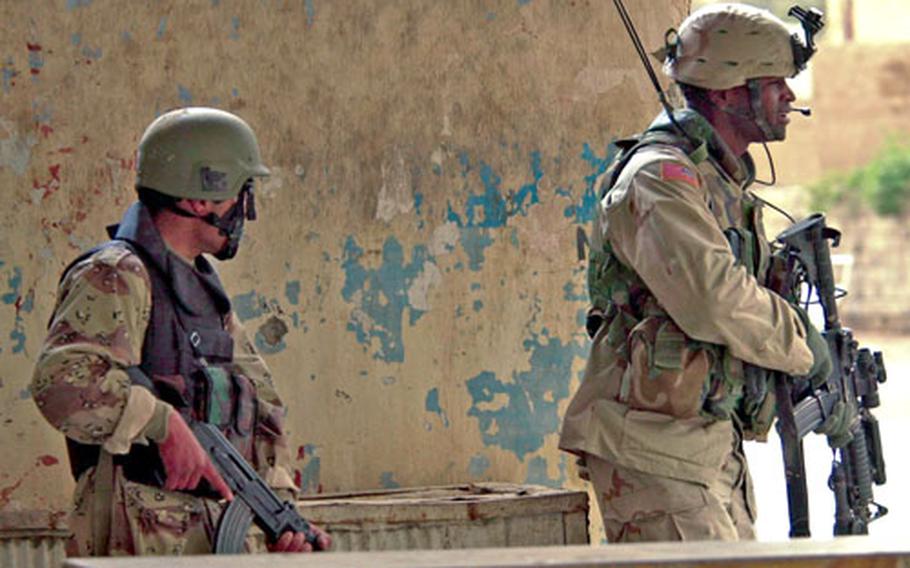 In the third year of the war in Iraq, with debate flaring in the U.S., American troops surveyed by Stars and Stripes overwhelmingly said the war is worth fighting.

And while 81 percent of Stripes readers in Iraq said the definition of their mission is clear, responses also reflected some concerns about morale.

Troops in the non-officer, or enlisted, ranks tended to be less optimistic about the subject of morale than officers.

In the military, E-1 through E-6 are the lower enlisted ranks, such as privates, corporals and junior noncommissioned officers, who make up the bulk of the force and have the most contact with the enemy. The higher-ranking sergeants, E-7 through E-9, along with warrant officers and all commissioned officers, are in leadership positions.

The results are culled from a readership survey inserted into printed editions of Stars and Stripes delivered to Iraq, Afghanistan and other locations on single days from December and February, with responses accepted through March.

The results were compiled by media research experts from MORI Research, a Minneapolis-based firm whose clients include USA Today, The Washington Post, Knight Ridder and The Seattle Times, among other news organizations.

The survey was filled out by servicemembers and sent back to Stripes via the military mail system. Nearly 600 readers in Iraq responded to the surveys, including high-ranking officers, lower enlisted troops and civilians.

Among the other findings of the survey:

Only about half of the military respondents in Iraq rated their interaction with Iraqis as positive. Fifty-two percent rated the interaction as excellent or good, while 44 percent chose fair or poor.

The outcome was more on the positive side in Afghanistan, with 60 percent rating their interactions with Afghans as excellent or good.

Surveys returned from Afghanistan (see accompanying story), showed some marked differences in response to certain questions. For example while 68 percent of those in Iraq rated the mail system as excellent or good, only 55 percent in Afghanistan gave the service those high ratings.

See the results of Stars and Stripes&#39; survey of deployed troops on the topics of: