Survey: Street crime leaves most Naples residents afraid to go out at night 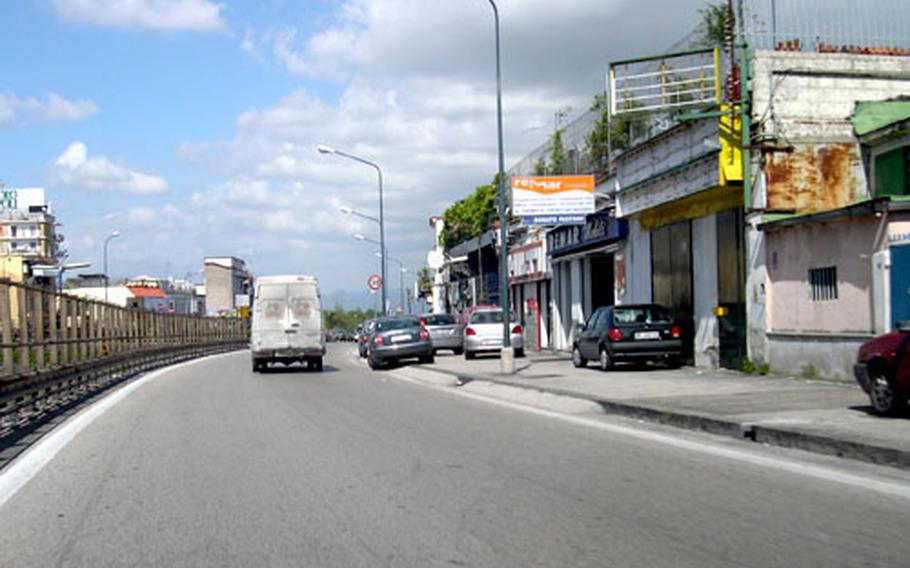 On weekends, flower vendors line the side of this road, on the main route from the Capodichino main gate to the support site housing area in Naples, Italy. It was along this road late last year that men attempted to enter Petty Officer 2nd Class Eric Brown’s car. As he sped away, Brown saw a man lying on the side of the road covered in blood. A survey of Neapolites shows residents believe crime is the city’s biggest problem. (Jason Chudy / S&S)

According to Neapolitans, not very safe.

Euripses carries out studies and research for national and international companies and public and private organizations.

Crime, she said, isn&#8217;t on the decrease. Other Italians and Americans in the base coffee bar agreed.

Even around Naples Capodichino airport, which shares a runway with the base and where many visitors receive their first impression of the city, crime is pervasive.

Most of the area&#8217;s crime involves property, such as car and house break-ins or robberies, but there is violent crime, too.

Less than a mile from the base&#8217;s main gate, Petty Officer 2nd Class Eric Brown witnessed a bloody event on a Sunday afternoon last fall near the rows of flower vendors that serve a nearby cemetery.

Brown never found out anything about the incident.

Within a few months, Brown&#8217;s car was broken into at the Iperfamila grocery store near the support site.

Everyone he knows in Naples, Brown said, has either been a victim of some sort of crime, from petty theft to carjackings, or knows someone who has.

The Agenzia Giornalistica Italia news agency quoted Euripses president Gian Maria Fara as saying that crime, caused by the &#8220;pervasive&#8221; presence of the Neapolitan Mafia, or Camorra, is the underlying factor for the lack of safety.

The Camorra&#8217;s presence has also recently come to the forefront of local news after a 14-year-old girl, Annalisa Durante, was killed during an assassination attempt on a Camorra member in a central Naples neighborhood March 27.

The target, 20-year-old Salvatore Giuliano, then accidentally shot his &#8220;human shield&#8221; in the back of the head. He was arrested two days later.

Durante&#8217;s funeral drew thousands calling for an end to the Camorra&#8217;s hold on the city.

But, Libretti said, that call may fall by the wayside, as it&#8217;s too deeply entrenched in Naples society.