Surprise, you're promoted! Airman gets an unexpected sendoff on his plane out of S. Korea 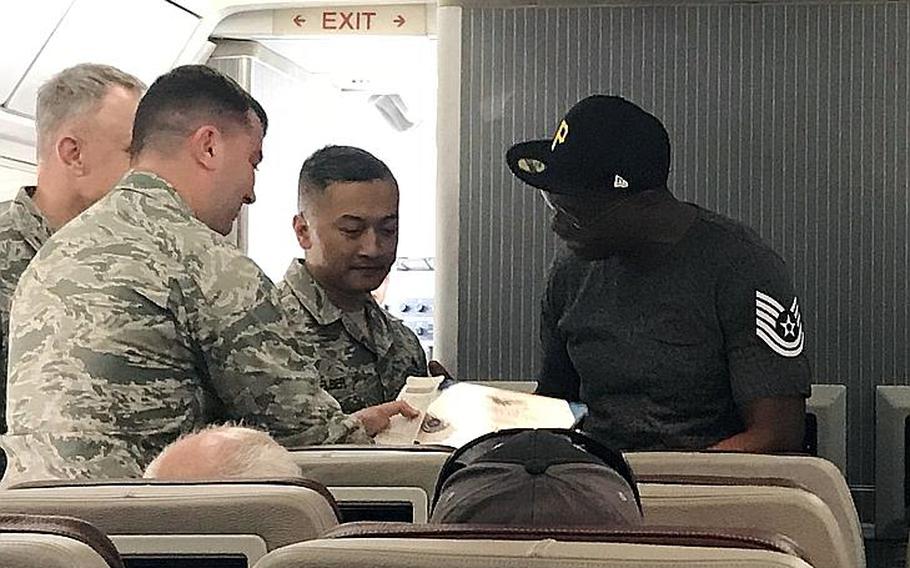 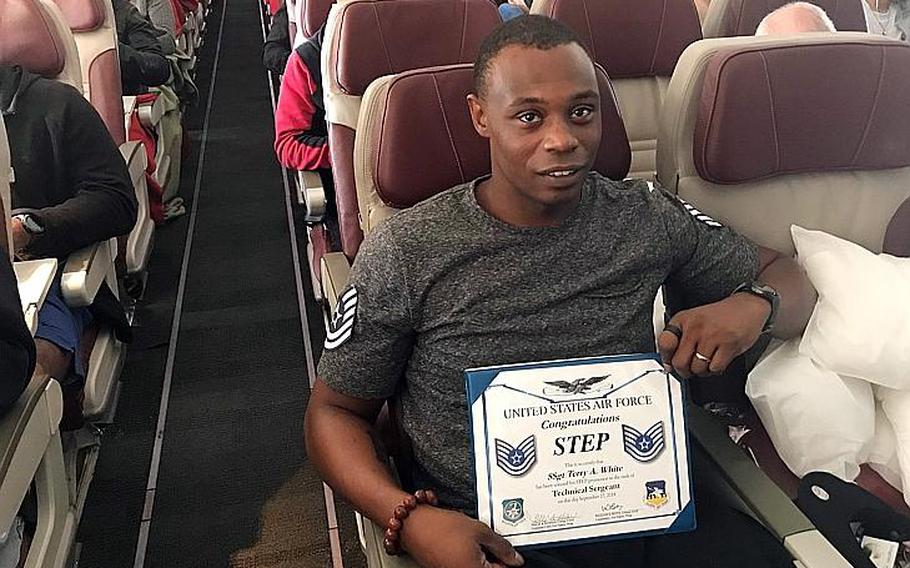 OSAN AIR BASE, South Korea — The Patriot Express, a biweekly military-chartered flight from South Korea to Seattle, got off to an unusual start Thursday.

Passengers were informed takeoff would be slightly delayed because an airman had the wrong rank on his paperwork. Staff Sgt. Terry White was asked to gather his belongings and go to the front of the plane.

But instead of an embarrassing rebuke, White was awarded a surprise promotion to technical sergeant by 51st Fighter Wing commander Col. William Betts and other officers. They pinned his new stripes on his T-shirt.

Passengers’ expressions of concern turned to smiles and applause. A film crew that had been pretending to document the boarding process captured the moment.

Tech. Sgt. White, 32, of Pittsburgh, said he had no idea it was coming when he boarded the flight to begin his transfer to Barksdale Air Force Base, La., after four years with the 51st Maintenance Group at Osan.

“I was feeling kind of sad about leaving after being here so long,” he told a Stars and Stripes reporter who just happened to be on the same flight. “I didn’t expect this to happen at all.”

White said his first thought when his name was called was concern that something had happened to his dog, Boss, who was being transported in the cargo hold below.

“Then he gave me the STEP promotion,” said White, referring to the acronym for the Air Force program Stripes for Exceptional Performers aimed at promoting standout enlisted airmen. “It was mind-blowing.”

He said he had tested four times and was thrilled to finally earn the promotion.

To top it off, White, who joined the Air Force in 2005, got to stay in the forward seat.