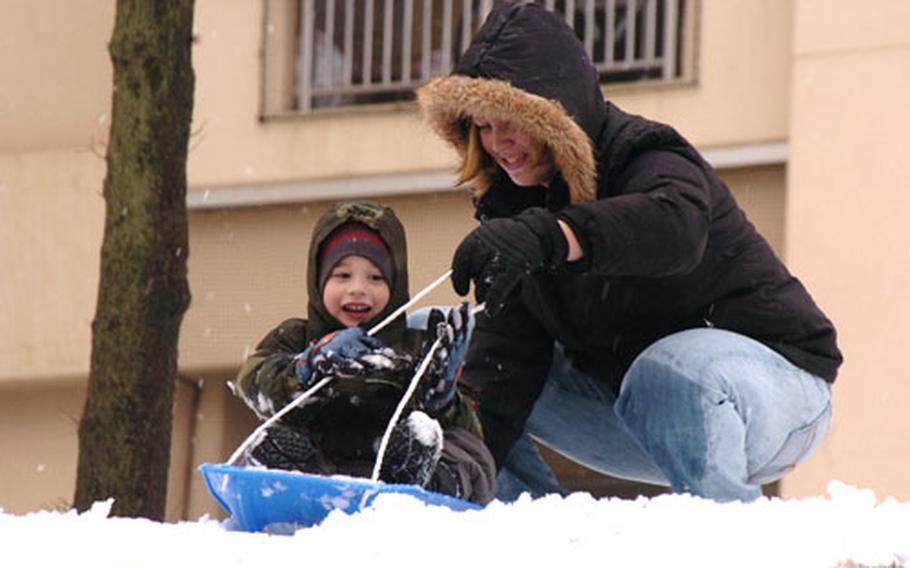 Becky Martinez and her son Elliot, 4, enjoy the snow Wednesday at Yokota Air Base, Japan. (Christopher B. Stoltz / S&S)

Becky Martinez and her son Elliot, 4, enjoy the snow Wednesday at Yokota Air Base, Japan. (Christopher B. Stoltz / S&S) 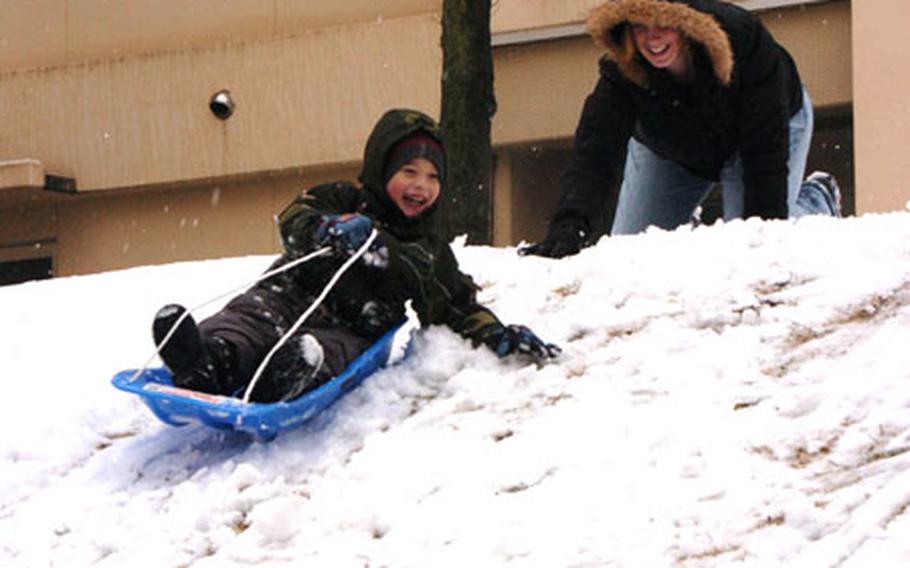 Elliot sleds down the hill. The base got about two inches of snow, the first significant snowfall in recent memory. (Christopher B. Stoltz / S&S) 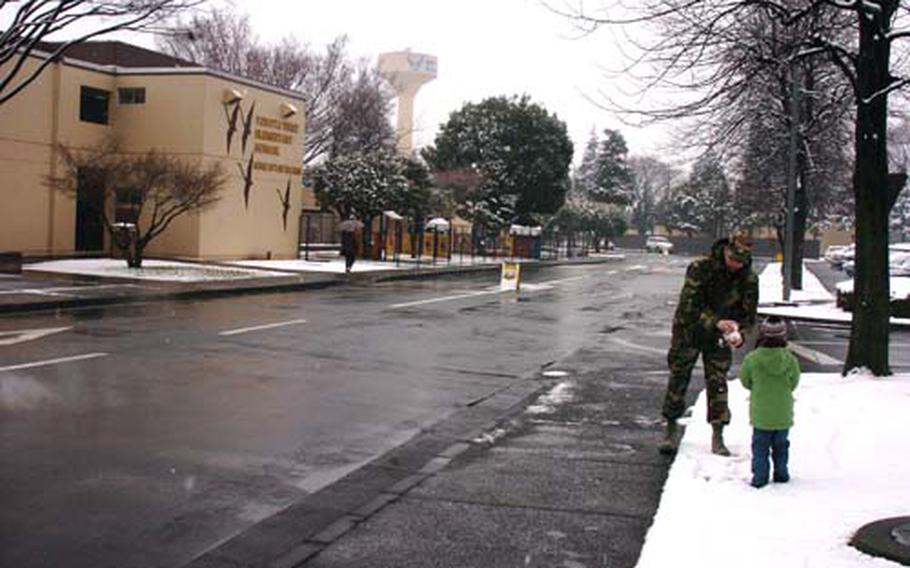 Capt. Rob Marshall picks up his son William, 4, from preschool Wednesday and plays for a moment in the snow on the walk home. (Christopher B. Stoltz / S&S)

YOKOTA AIR BASE, Japan &#8212; Residents of the Kanto Plain got a wintery surprise Wednesday as the area received its first significant snowfall in recent memory.

Between 1&#189; and 2 inches of snow accumulated at Yokota, according to the 374th Operational Support Squadron Weather Flight.

While base officials said the weather did not have any major effect on operations, many people found the snow to be a good change of scenery.

Although they did not miss any school because of the weather, Sean Kavanaugh, 13, said he still was glad it snowed.

Children were not the only ones who enjoyed seeing the snow.