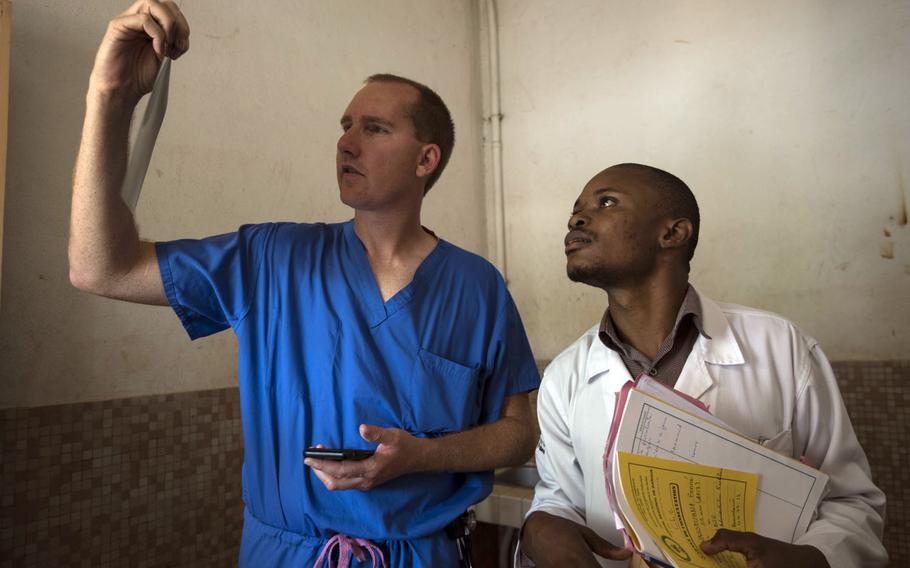 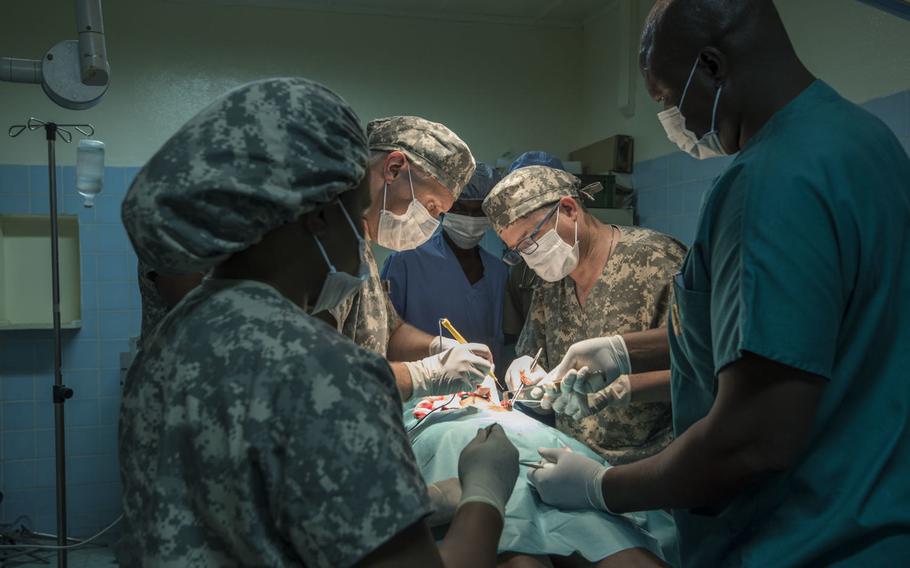 He did hold a retractor for a Cameroonian surgeon, he said, and spent several hours holding up a patient’s leg in traction.

A colleague of Lee’s deployed to Afghanistan for nine months as part of a small, mobile medical team supporting special operators. He caught up on his reading. And he did one surgery a month.

Assignments like these have military surgeons increasingly concerned about a high deployment tempo that paradoxically may be leaving them less skilled to do their jobs — and could be putting their patients at risk.

The relatively few surgeries being performed, both on deployment and in garrison, is “the biggest challenge Army general surgeons face today,” said Col. Mary Edwards and Col. Shawn Nessen, surgery consultants to the Army Surgeon General, in a joint email to Stars and Stripes.

“As military surgeons, our number one priority is to provide safe, quality care for our patients, and it weighs heavily on our minds that in the current environment our operative skills are at risk.”

Edwards, a pediatric surgeon at San Antonio Military Medical Center and lead author of an influential article published last year in the Journal of the American College of Surgeons, found that deployed surgeons in 2014 and 2015 on average performed less than one surgery a month.

“I would go one step further than Col. Edwards and say that one operation a month is insufficient to maintain your operative skills,” Zielinski said.

Most military hospitals do far fewer surgeries than civilian surgery centers and lag behind civilian surgeons in case numbers and complexity.

Garrisoned military surgeons performed an average of 131 surgeries a year, or about 11 a month, compared to 533 annual surgeries, or roughly 44 a month, by civilian surgeons, Edwards’ article said.

It was debatable, Edwards wrote in her article, whether military surgeons could sustain their surgical skills in garrison and be prepared for deployed trauma surgery, “let alone reinvigorate them after a long deployment” on which they did even fewer surgeries.

“There is no doubt that the outcomes of elective surgery — as measured by postoperative mortality, complications, or a wide array of other measures — are better when an operation is done by a surgeon or in a hospital with a high procedure volume,” Dr. David Urbach, a Canadian expert, wrote in the New England Journal of Medicine in 2015.

The demand for small, mobile surgical teams and a focus on austere environment training — part of the Army’s planning for near-peer conflict – has added a new wrinkle to the problem.

Not only do deployed surgeons rarely operate, but they’re put at odds with civilian surgical practice increasingly reliant on minimally invasive technology, advanced imaging and other sophisticated tools, Lee said.

But there was little or no evidence that surgical care had suffered, Edwards and Nessen, whom the Army Medical Command declined to make available for phone interviews, wrote in their email in answer to written questions.

“In spite of the very real challenges Army general surgeons face, to date as a whole they have continued to provide excellent care to their patients,” they wrote.

In 2014, a 634-page review of the military health system found that it generally provided quality care comparable to that found in the civilian sector. But it also found “wide performance variability,” with spots of excellence and other areas performing below national benchmarks.

The review, ordered by former Defense Secretary Chuck Hagel, found higher-than-expected rates of surgical complications at more than half of the military hospitals that had submitted data. Surgical patients’ death rates were within the expected range.

The review also found low infant mortality rates at military hospitals but determined that babies were more likely to be injured during birth and mothers more likely to hemorrhage than at civilian hospitals.

They have also encouraged medical commands to forge agreements with nearby civilian trauma centers and Department of Veterans Affairs hospitals to allow military physicians to practice there. That effort is being expanded, according to the Army Medical Command.

Since Edwards’ article was published, progress had been made, Edwards and Nessen said.

“There is a definite level of awareness that operative volumes are critically important for surgeon readiness and that this needs to be quantified and evaluated prior to deployment,” they wrote in their email to Stars and Stripes. “There is no question that the military surgical community, working with our military and civilian surgical leaders, is taking this issue very seriously.”