‘Surge’ pays off in Baghdad district 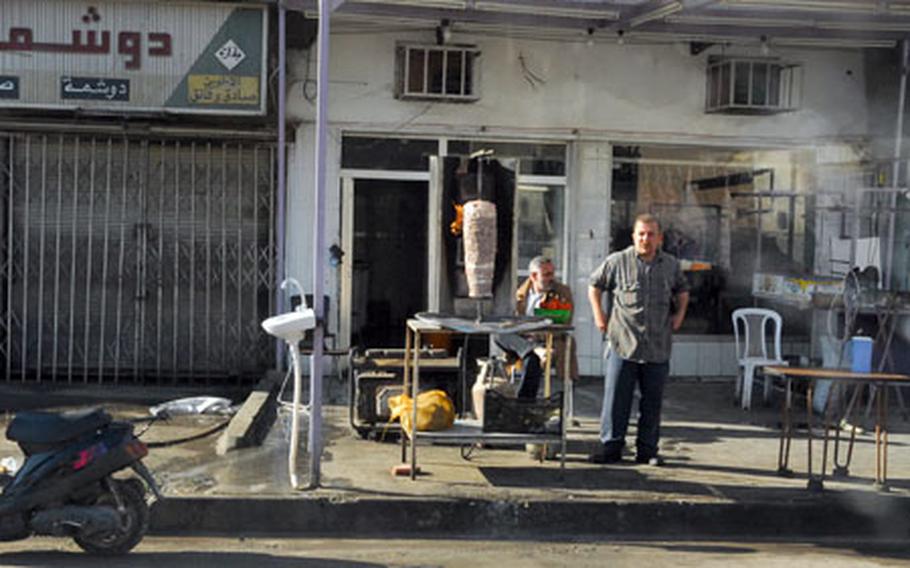 An Iraqi street vendor stands beside his shawarma stand and watches as a joint U.S. and Iraqi army patrol rolls past in eastern Baghdad&#39;s Zafaraniyah district recently. (Monte Morin / S&S)

An Iraqi street vendor stands beside his shawarma stand and watches as a joint U.S. and Iraqi army patrol rolls past in eastern Baghdad&#39;s Zafaraniyah district recently. (Monte Morin / S&S) 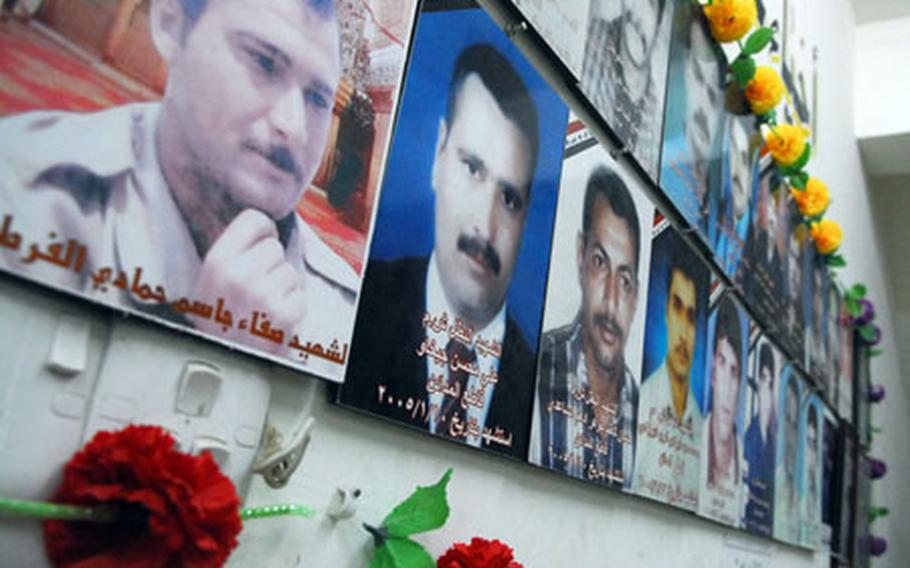 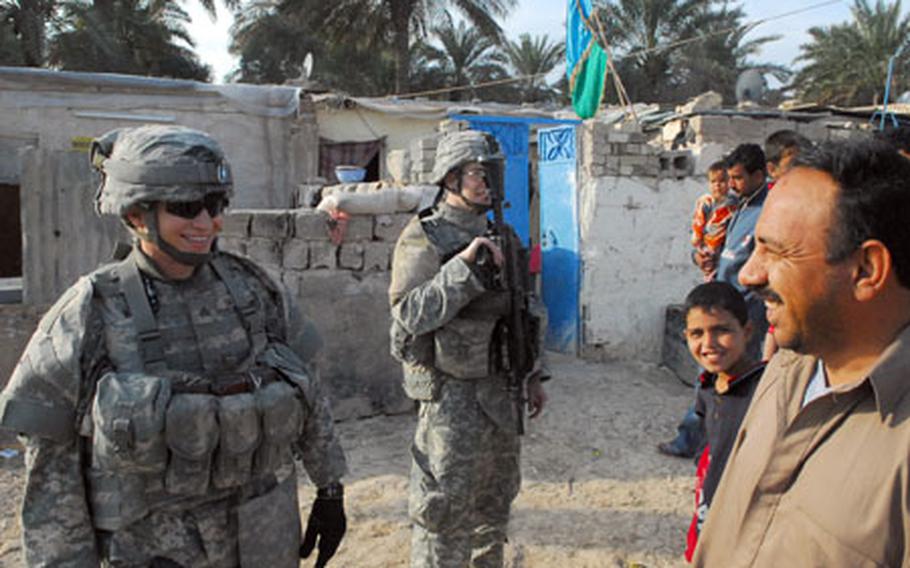 BAGHDAD &#8212; It&#8217;s not much to look at, but this stark, walled compound several miles south of Sadr City may well be one of the keys to Baghdad&#8217;s salvation, according to U.S. commanders.

The stations, which are staffed by U.S. and Iraqi army soldiers and Iraqi police, are critical elements of an overall plan to flood the city with five additional U.S. Army brigades and ideally end a bitter and bloody feud between Baghdad&#8217;s Shiite and Sunni sects.

The station&#8217;s main building is a plain, two-story structure overlooking Baghdad&#8217;s technical university. On one recent morning, trash burned in a rusty barrel behind the building as English and Arabic voices squawked from half a dozen military and police radios in the operations room.

Roughly a dozen U.S. and Iraqi officers and enlisted personnel kept track of reported incidents and municipal projects throughout the district, referring to a large wall map covered with plastic and studded with push pins. Fleets of Iraqi police SUVs, U.S. Army Humvees and Iraqi army vehicles rolled in and out of the compound, responding to emergencies or staging routine patrols.

Already, the Zafaraniyah station has been linked to a steep drop in violence in eastern Baghdad&#8217;s Karada security district, a sprawling and diverse tract of roughly a quarter million inhabitants. The district is home to Baghdad&#8217;s largest soft drink bottler, and today its main roads are teeming with traffic from students, workers and shoppers.

Before launching the Baghdad &#8220;surge&#8221; and establishing the security station, soldiers at nearby forward operating bases Loyalty and Rustamiyah endured mortar and rocket attacks on an almost daily basis. In one instance alone, insurgents lobbed a startling 30 mortars at FOB Loyalty, which occupies the old headquarters for Iraq&#8217;s former Mukhabarat, or intelligence agency.

Also, soldiers who were once called upon to search for evidence of ghoulish sectarian killings (one case involved the alleged burning of executed Sunnis in local bakery ovens) now say such sect-based acts of violence appear to be down.

Commanders list several reasons for the drop in hostilities.

First, many of the high-level Shiite militiamen who planned or ordered the murder of Sunnis or attacks on security forces have fled the neighborhood.

Next, frequent and highly visible patrols have made it much harder for militants and criminals to operate. Commanders say, too, that close cooperation between U.S. forces and Iraqi soldiers and police has resulted in the capture of many suspected militants and the seizure of sizable weapons stashes based on intelligence gathered by Iraqis. This cooperation, much of which occurs at the joint security stations, also has allowed U.S. commanders to identify episodes of corruption or improper behavior among Iraqi security forces.

Platoons from the 2nd Battalion, 17th Field Artillery rotate through the JSS twice a week. The duty involves many hours of patrolling and few amenities. The station lacks a heated sleeping area, running water and a dining facility. Restrooms outfitted with heavily trafficked eastern squat toilets add to the ambiance.

Pfc. Josh Pedersen, who, like Daggs, belongs to 2nd Platoon, Battery A, agreed.