Sure, he’s funny, but he’s also a trained killer 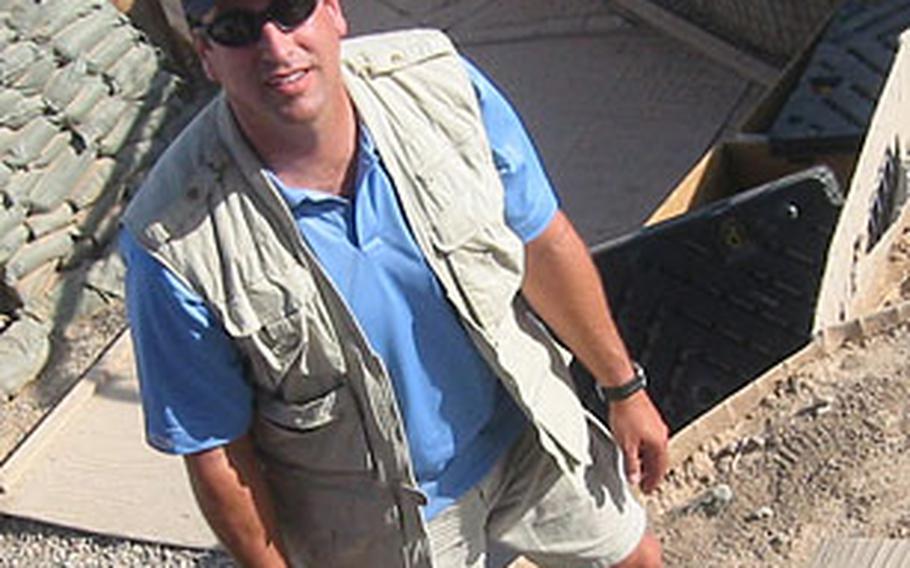 “Daily Show” Senior War Correspondent Rob Riggle provides in-depth coverage and insights from the front lines throughout Iraq, where he was embedded with the troops. (Courtesy of Comedy Central)

ARLINGTON, Va. &#8212; For entertainer Rob Riggle, being a Marine and a comedian complement each other.

&#8220;They both require thinking on your feet, you using all the skills available to you, improvising [and] people skills,&#8221; said Riggle, who also is a major in the Selected Marine Corps Reserve.

Riggle is a public affairs officer assigned to the Individual Mobilization Augmentee Detachment in Kansas City, Mo., according to Marine Forces Reserve.

Riggle, who earned a Combat Action Ribbon for his service in Kosovo, recently returned from Iraq where he entertained troops as part of a USO tour.

He said he made the trip because he promised himself once he got into comedy that if he ever got a chance to give back to U.S. troops, he would do so.

Riggle flew from the United States to Kuwait and then to Iraq, where he visited several U.S. bases including camps Anaconda and Bucca, and Forward Operating Bases McHenry and Brassfield-Mora, he said. But he missed the show at Anaconda because his plane was late.

He and other comedians avoided political humor to avoid making the troops feel uncomfortable, he said.

&#8220;We were there to entertain the troops, have fun, make them feel comfortable and entertain them,&#8221; Riggle said.

After their shows, Riggle said he and the other comedians would end up talking to the troops until the early morning.