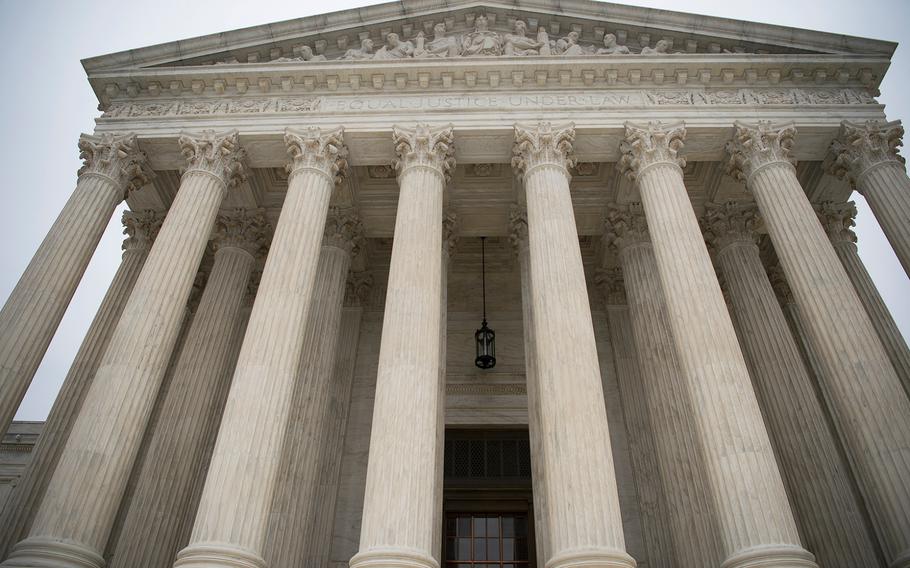 A Supreme Court opinion this week banning non-unanimous verdicts in state criminal cases leaves the military as the sole American jurisdiction that allows them.

The court’s 6-3 decision on Ramos v. Louisiana said that a unanimous jury decision, long required in federal courts under Sixth Amendment guarantees on the rights to a trial by jury, also applied to state courts. Oregon was the last state allowing non-unanimous juries.

But there was no mention in the decision of military courts, which require only a three-quarters majority for a conviction.

“The issue is that in military courts there are no Sixth Amendment rights,” said Matt Osborn, a former Air Force lawyer now in private practice in the Washington, D.C., area.

The courts have repeatedly found that the Constitution gives Congress power to “make rules for the government and regulation of the land and naval forces,” including a military justice system dedicated to good order and discipline. As such, some protections for civilian defendants don’t apply to service members, the courts have held.

Military defendants are not judged by juries of their peers but by courts-martial “panels” composed of higher-ranking troops selected by commanders.

Panel members discuss the case but vote only once, after the highest-ranking officer decides to do so.

“As with many procedures in the military, the goal is speed and efficiency,” said Michael Lyons, a former Air Force lawyer now practicing in the Washington, D.C., area. “Not requiring all members to agree as to guilt or innocence eliminates the deadlocked juries and mistrials that occur in civilian courts when the jury is not unanimous.”

Military lawyers disagreed whether the Supreme Court decision would lead to subsequent litigation that could force the military to require unanimous verdicts, or whether it was a matter only Congress could decide.

But some said the rules should change.

“There’s no longer a reason to deny service members the same protections as the civilians they defend,” Christensen said. “We don’t need King George’s justice system.”