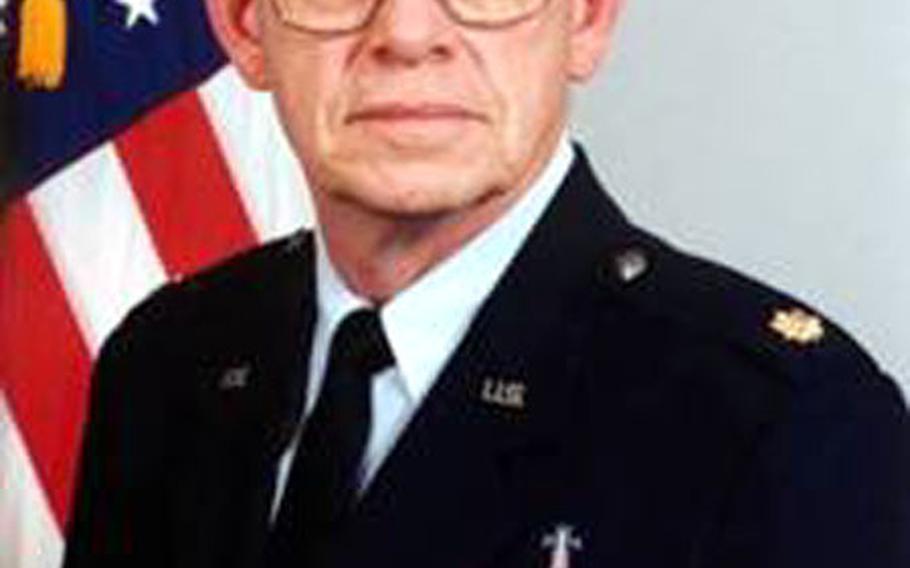 KAISERSLAUTERN, Germany &#8212; Air Force Maj. Thomas Doyle&#8217;s departure from Ramstein Air Base to a new assignment last August was a great loss to those he counseled in Germany, supporters said.

But his dismissal a month later as a Catholic chaplain also took a member of a critically undermanned career field out of service.

In September, Doyle, 59, was dismissed as a Catholic chaplain by his archbishop after a dispute over pastoral matters. A military chaplain since 1986, Doyle was less than a year from retiring. He had just moved to Seymour Johnson Air Force Base, N.C.

The Dominican priest was renowned around the world, though, for his work as an advocate for victims of clergy sexual abuse.

Initial news reports of Doyle&#8217;s dismissal focused on an Aug. 16 memo Doyle wrote to Thompson and another wing chaplain interpreting the basic expectations of the Archdiocese for the Military Services for the pastoral care of Catholics in the armed forces.

Archbishop Edwin F. O&#8217;Brien, leader of the military archdiocese, took exception to parts of the memo.

Because of Doyle&#8217;s dismissal of his expectations, the archbishop wrote in a Sept. 17 letter to Doyle, &#8220;... I no longer have confidence in your ability to serve as a priest chaplain ... .&#8221; The dismissal was effective immediately, the letter said.

O&#8217;Brien did not want to comment further on Doyle&#8217;s case, a spokesman in his Washington, D.C., office said Wednesday. However, the spokesman sent Stars and Stripes a May 3 letter written by O&#8217;Brien to priest-chaplains.

In the letter, O&#8217;Brien said he wanted to counter media speculation and inaccuracies that could &#8220;create the possibility of confusion for our faithful.&#8221;

&#8220;My action was taken not in response to Fr. Doyle&#8217;s statement regarding the celebration of daily Mass. Rather, Fr. Doyle&#8217;s endorsement was withdrawn because he denies in writing my authority to oversee Catholic pastoral practices on military installations. In fact, he espouses a totally unacceptable position concerning the administration of the Eucharist,&#8221; the letter said.

O&#8217;Brien also noted that while the withdrawal of Doyle&#8217;s endorsement prevents him from being an active-duty Air Force Catholic chaplain, Doyle continues to act as a chaplain with an endorsement of another faith group, the letter said.

Doyle said Tuesday that after O&#8217;Brien removed his endorsement as a Catholic chaplain, the Air Force offered him a job as a line officer. Still a major, Doyle now works as an alcohol and drug-addiction counselor at the North Carolina base.

Doyle said Thursday that his recommendations to his Ramstein superiors were driven by logistics. With five Catholic chapels in the Kaiserslautern area and few priest-chaplains, resources were stretched, he said.

Of 15 chaplains in the Kaiserslautern area, three are Catholic, Thompson said. About 1,500 Catholics attend Mass every weekend and roughly 15 people receive daily Mass, he said.

&#8220;We were trying to restructure the chaplain mission so our time could be put to its best use at Ramstein,&#8221; Doyle said.

Along with daily demands, the war in Iraq had added a new requirement. Chaplains regularly deployed to the combat zone &#8212; Doyle was there last May &#8212; and ministering to wounded soldiers returning from Iraq added another job to the chaplain corps.

&#8220;If you have a planeload of wounded soldiers and one to 10 people waiting for daily Mass, which takes precedence?&#8221; Doyle asked.

The dismissal has drawn the ire of advocate groups familiar with Doyle&#8217;s work helping clergy sexual abuse victims. They say his outspokenness on the subject, including regular criticisms of bishops&#8217; handling of the issue, got him fired as a chaplain.

&#8220;The bishops were out to get him,&#8221; said Ray Higgins, an advocate in California who said a priest abused his son.

&#8220;They have not liked what he has been doing at all. They were just waiting for an opportunity to get him relieved,&#8221; said Higgins, a retired Navy Reserve lieutenant commander.

Doyle shies away from calling his dismissal retribution for his advocacy work.

Thompson, the Ramstein wing chaplain, wrote a glowing recommendation letter about Doyle to help him get the counseling job at Seymour Johnson.

&#8220;His innovative work in the area of addiction counseling is unprecedented,&#8221; the letter said. &#8220;His education and certification clearly make him a solid asset for your medical team now that he has suffered this indignity with his endorsement.&#8221;

While a minister at Ramstein, Thompson said Wednesday, Doyle &#8220;was in high demand, which tells me that people were obviously satisfied with what he offered. He&#8217;s a pretty intuitive guy, able to sift through personal issues and cut down to the meat and heart of people&#8217;s concerns.&#8221;

Susan Archibald, who said she was abused by a military chaplain while an Air Force Academy cadet, said Doyle&#8217;s counseling helped her get through her ordeal. She founded a Kentucky-based advocacy organization after resigning from the Air Force in 2000.

Doyle said he has received more than 100 e-mails a day from supporters since his dismissal was made public. He plans to continue his advocacy work &#8220;forever.&#8221;

Doyle will retire from the service in August and maintains that he has no ill will toward the Air Force. He said his best moments as a Catholic chaplain were while he was deployed to war zones, including the Balkans and the Middle East.