Soldiers with Company A load a truck with supplies to take to another 2nd Brigade unit. This particular pallet featured an abundance of the glass cleaner, Windex. (Anita Powell / S&S)

Soldiers with Company A load a truck with supplies to take to another 2nd Brigade unit. This particular pallet featured an abundance of the glass cleaner, Windex. (Anita Powell / S&S) 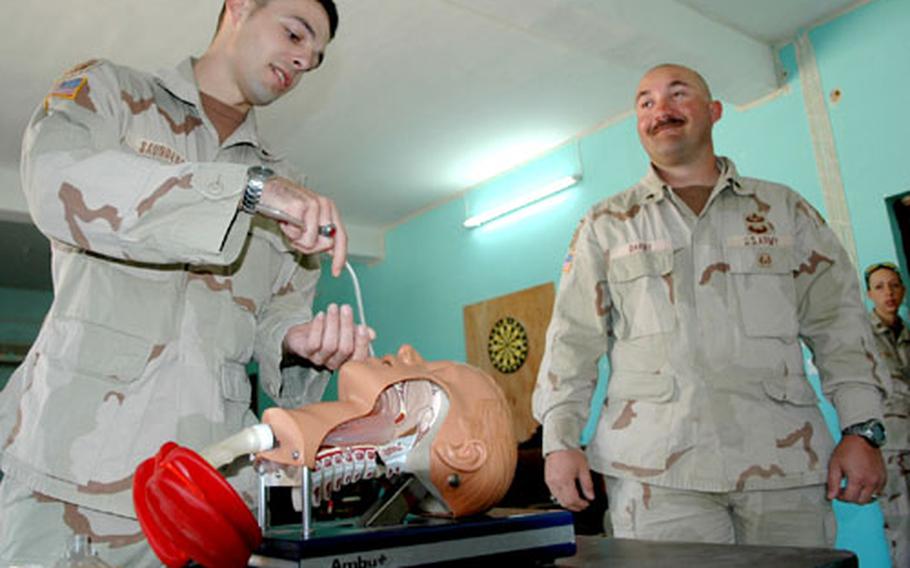 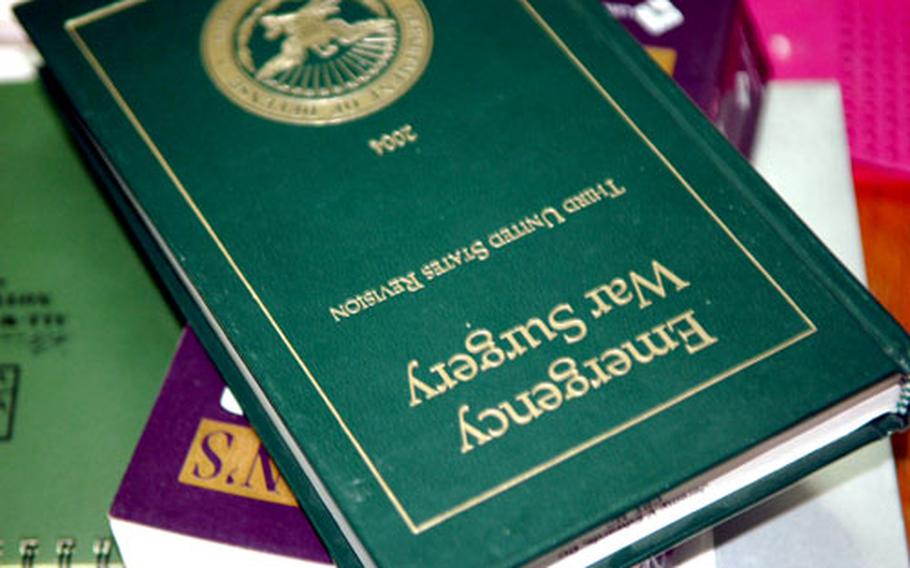 Desk reference for Company C medics in the field: how to perform life-saving surgeries in a combat environment. The unit has treated nearly 6,000 patients since February. Over 100 patients have been air-evacuated, many with major trauma. (Anita Powell / S&S)

But for the soldiers of this unit, which provides most of the essential support services for the 2nd Brigade Combat Team, 3rd Infantry Division of Fort Stewart, Ga., neither scorching heat, raging sandstorms, demanding schedules or limited resources can stay them from their daily duties.

The unit&#8217;s support team, which is situated on a small, relatively quiet forward operating base east of Baghdad, provides medical, postal, finance, supply and maintenance services for the entire brigade, which is scattered throughout the eastern Baghdad area.

Those thoughts were echoed by Company C commander Capt. Laura DePalma. The medical company runs a busy aid station at Rustamiyah, tending to soldiers and civilians with ailments both minor and life-threatening.

Healing the ill in the field is no picnic in the park, said Dr. (Lt. Col.) George Patterson.

Those in the other units say they, too, have had to adapt to the demanding environment.

&#8220;We&#8217;re the ones behind the scenes pulling late hours like the combat units do,&#8221; said Chief Warrant Officer 2 Sally Burroughs, commander of Company A, which orders, stores and ships supplies &#8212; everything from Meals, Ready to Eat to Humvee tires to cleaning supplies &#8212; to every unit in the brigade.

While many soldiers in the unit acknowledged that their jobs aren&#8217;t what many civilians think of when they think of the Army, they defended their duties as essential.

Armstead said the unit&#8217;s high morale can be attributed to one primary factor: job satisfaction.