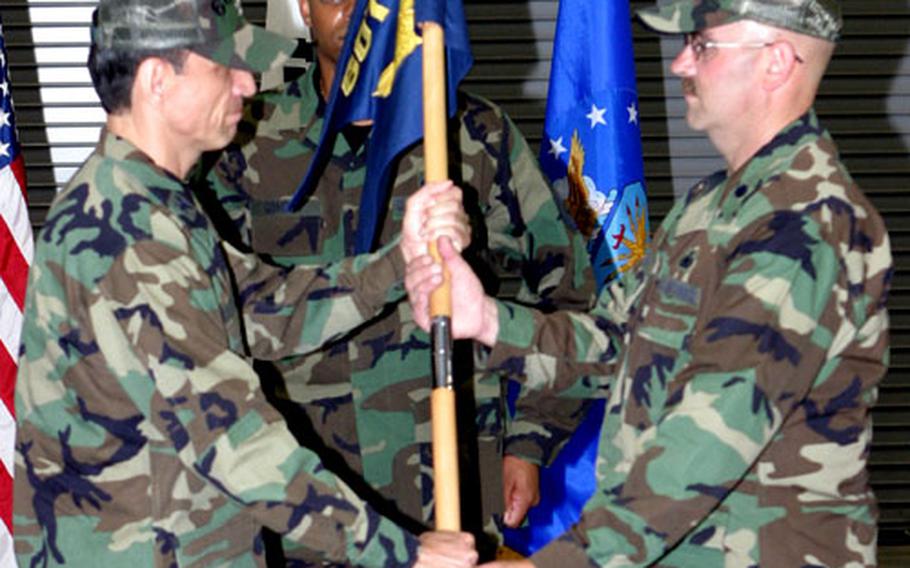 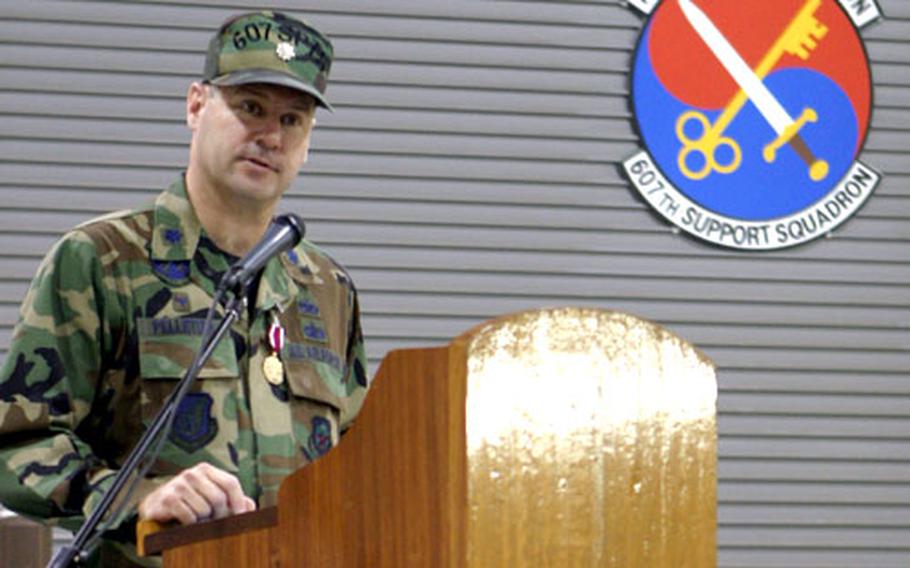 Lt. Col. Mark A. Aicher (pronounced eye-ker) assumed command of the 607th Support Squadron during a half-hour change-of-command ceremony at the base, also known widely as K-2 Air Base.

Aicher replaces Lt. Col. Michael E. Pelletier, who commanded the squadron since June 2003. The squadron commander&#8217;s position is a two-year tour. Pelletier moves to Edwards Air Force Base, Calif., where he will be deputy group commander of the 412th Maintenance Group.

Aicher&#8217;s previous assignment was with the Defense Logistics Agency at Fort Belvoir, Va.

In the case of war on the peninsula, the squadron&#8217;s mission also would include rapidly converting K-2 to a wartime footing.

The U.S. military operates from a compound at K-2, which is a South Korean air force base and also site of commercial Taegu Airport.

The 607th Support Squadron commander also serves as installation commander of the U.S. compound, which houses the squadron&#8217;s 93 airmen and the Army&#8217;s Company E.

At an earlier point in his remarks, he thanked his wife and daughter, in part for their &#8220;understanding of the military lifestyle and the sacrifices it demands at times. &#8230; They put up with long hours, missed meals, interrupted evenings and my occasional venting but they never complained. This job would have been much more difficult without their love and understanding.&#8221;

Aicher entered the Air Force in 1985 after graduating as a distinguished graduate from Officer&#8217;s Training School at Lackland Air Force Base, Texas. He holds a bachelor&#8217;s degree in civil engineering from Michigan Technological University and a master&#8217;s degree in human resource management from Central Michigan University. He graduated from the Air Command and Staff College in 1997 and the Air War College in 2003.