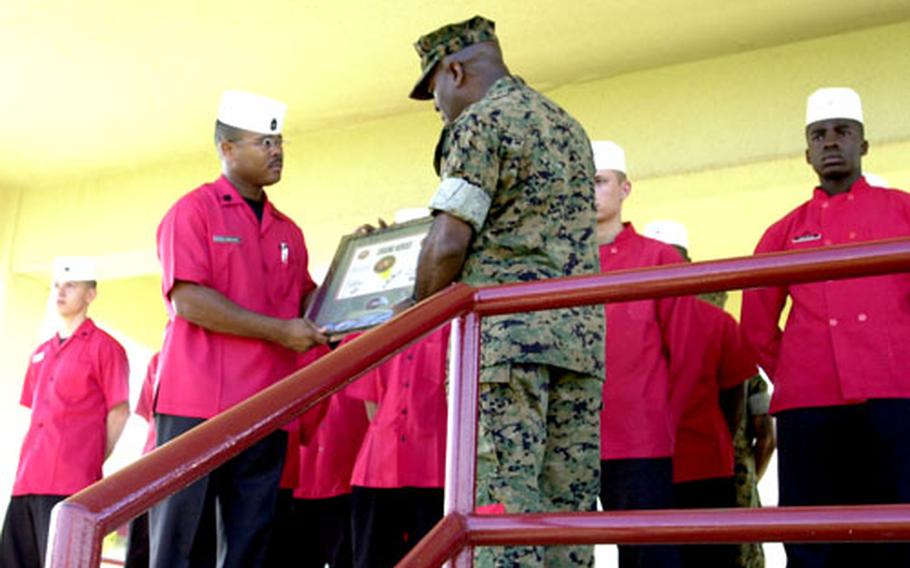 The 3rd Transportation Support Battalion identifies those who deserve extra recognition through its &#8220;Unsung Hero&#8221; award. In addition to a certificate, recipients of the award get various AAFES coupons and a commander&#8217;s coin.

The unit&#8217;s commanding officer, Col. Doarin Lewis, said the idea was born at a meeting with staff noncommissioned officers and officers of the unit.

Every month, one noncommissioned officer is recognized from each company within the battalion. Lewis said the unit also recognizes one staff NCO out of the entire battalion.

The award is given to those who do more than what&#8217;s required of them, Lewis said, whether that&#8217;s volunteering in the community or putting in extra hours at work.

Lance Cpl. Robert McGuin, a wrecker operator in the unit and a recent award recipient, said he&#8217;s driven more than 600 miles in the last month while training Marines for licenses for various trucks and equipment.

Last Friday, the unit took time to recognize Mess Hall 488 on Camp Foster and Camp Kinser&#8217;s Installation Personnel Administration Center for their support. This was the first time offices outside the battalion have been recognized, Lewis said. &#8220;The only time you hear about them is when something goes wrong &#8212; but we wanted to publicly recognize these people for their support,&#8221; he said.

The Kinser IPAC has been working hard and staying open late to ensure members of the unit are administratively ready to deploy, Lewis said, and the mess hall has always been there to support his Marines and sailors by providing them with good, healthy meals.