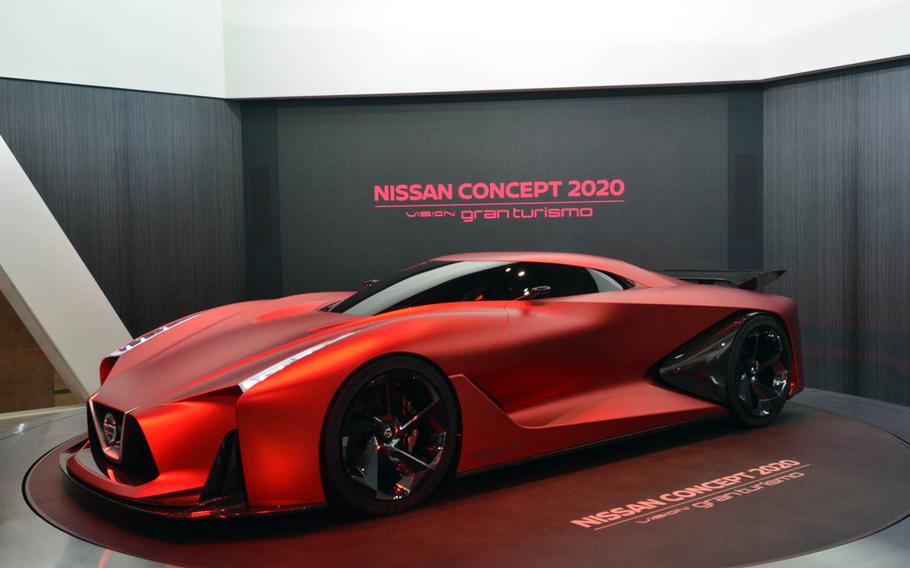 Nissan's Vision Gran Turismo 2020 concept car drew consistent crowds during a preview of the 44th Tokyo Motor Show, which is open to the public between Oct. 30 and Nov.8. (Erik Slavin/Stars and Stripes)

Nissan's Vision Gran Turismo 2020 concept car drew consistent crowds during a preview of the 44th Tokyo Motor Show, which is open to the public between Oct. 30 and Nov.8. (Erik Slavin/Stars and Stripes) 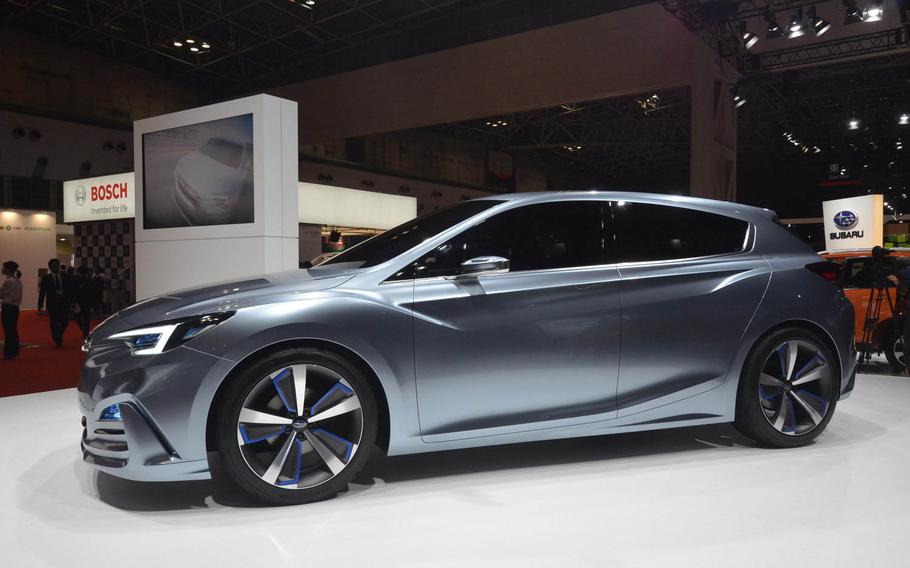 Subaru displays its future concept for the popular Legacy at the 44th Tokyo Motor Show open to the public through Nov. 8, 2015. (Erik Slavin/Stars and Stripes) 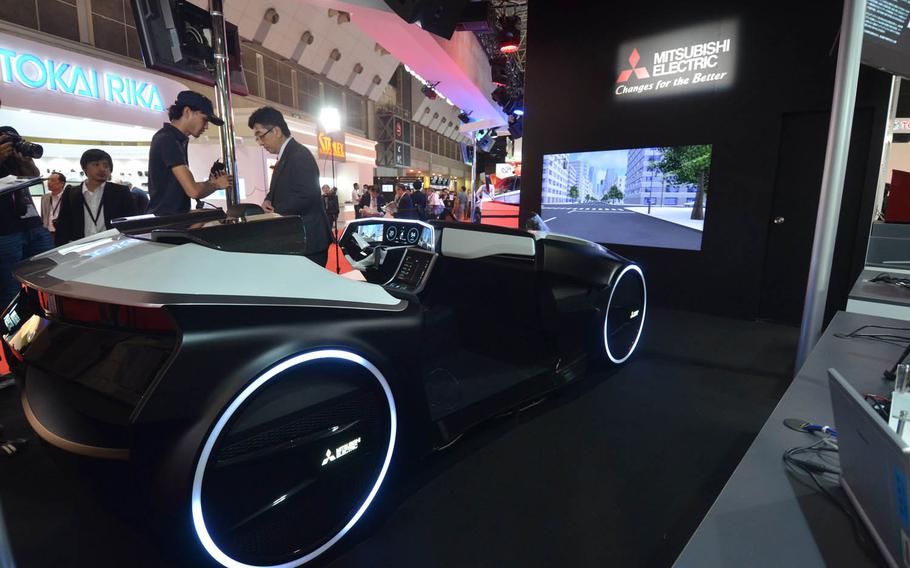 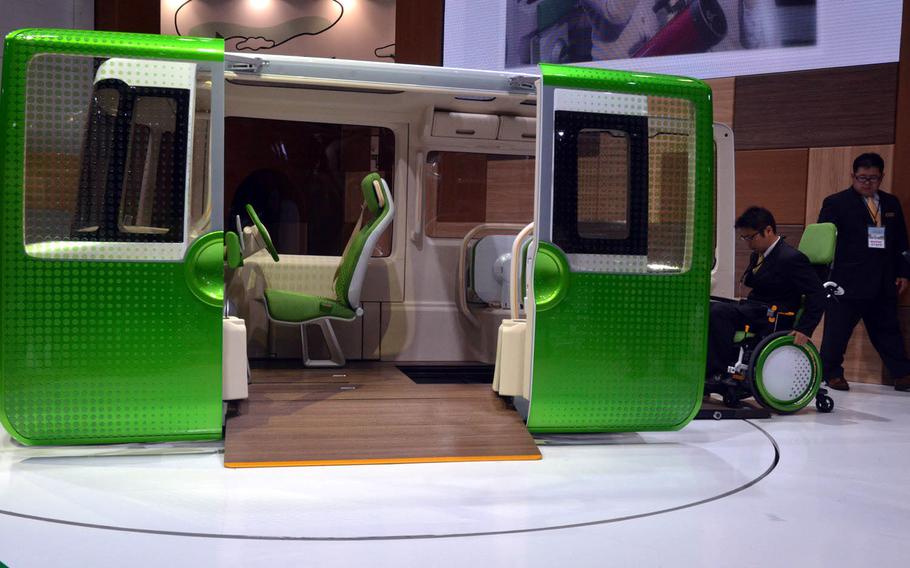 Daihatsu's Noriori concept, shown here at the 44th Tokyo Motor Show, may one day be helpful to many among Japan's aging population. (Erik Slavin/Stars and Stripes) 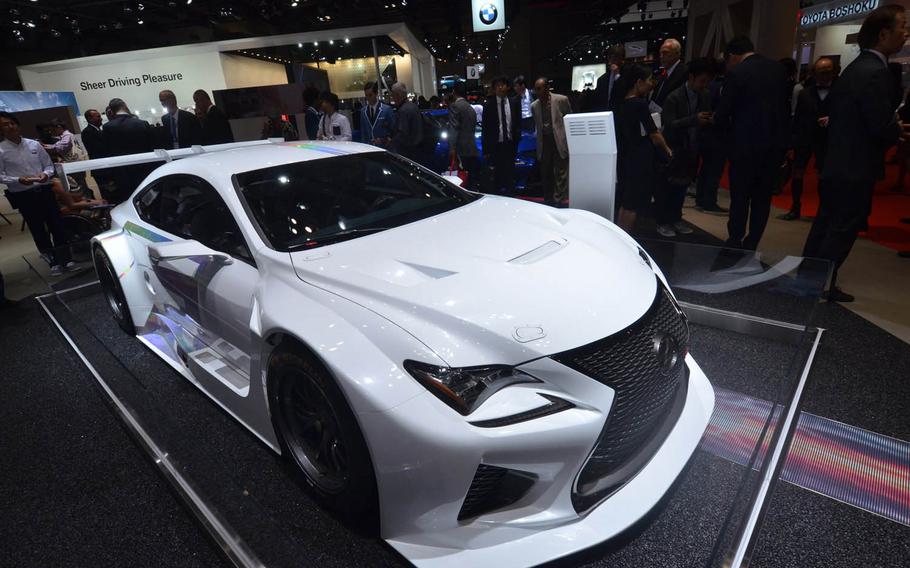 Lexus brings aggressive sports styling to its concept cars at the 44th Tokyo Motor Show under through Nov. 8, 2015, in Odaiba. (Erik Slavin/Stars and Stripes) 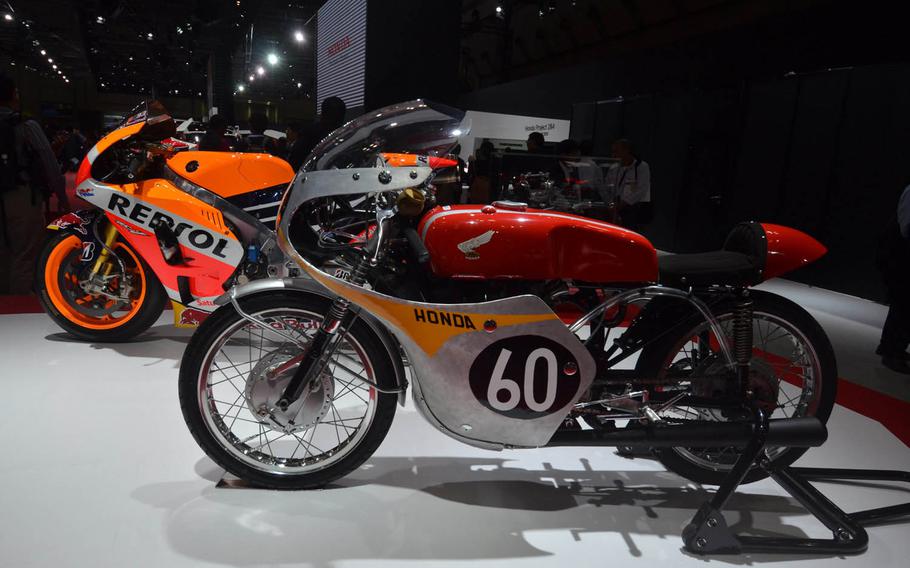 While cars drew the most attention, plenty of other vehicles and accessories share the vast space at the 44th Tokyo Motor Show. Here, Honda displays a vintage racing motorcycle, alongside a newer model. (Erik Slavin/Stars and Stripes)

TOKYO — Still own a car that you have to park while inside the vehicle? Or a car that can’t sense an oncoming pedestrian and react automatically?

If the 44th Tokyo Motor Show is any indication, a car that merely relies on a human behind the wheel may seem antiquated, or at best, “classic,” in the not-too-distant future.

There are plenty of dazzling designs that will please fans of supercars and concept cars at the show, now open at Tokyo Big Sight in Odaiba.

For example, the Nissan Vision Gran Turismo resembles an updated Batmobile in red, minus the weapons. Before becoming a concept car, it started as a virtual car, Nissan officials said. You won’t see it in dealer showrooms anytime soon, if ever, but you can drive it within the Gran Turismo 6 video game.

While the concept cars are the most eye-catching displays, there are plenty of new cars there you can actually buy, though it helps to be rich.

Mercedes, Porsche, Lexus, Toyota, Nissan and others have their production models alongside their next-generation ideas.

BMW brought its i8, a turbocharged, plug-in hybrid with track speed to the affair; it’s all yours for $150,000, comfortably appointed. Onlookers with more traditional tastes will enjoy a nearby, retro-styled V8 convertible.

The German automaker also includes a display on a car key that parks for you. The driver gets out, then uses the device to remotely back the car in and out of a parking spot.

Mitsubishi Electric has designed a sophisticated computer that also happens to be a car. The low-slung concept car senses a driver’s vital statistics, in anticipation of an emergency. A camera keeps an eye on the driver’s facial characteristics and warns of drowsiness.

Daihatsu won’t impress anyone with luxury, but its offerings earned attention for quirky looks and fresh ideas. The Noriori lowers platforms for wheelchair access, then brings them in a powered belt and locks the chairs in place. In a rapidly aging country like Japan, the concept could one day catch on in mainstream production. Another Daihatsu provided a model for a compact coffee shop on wheels.