Super Hercules' arrival will bring changes to Yokota Air Base 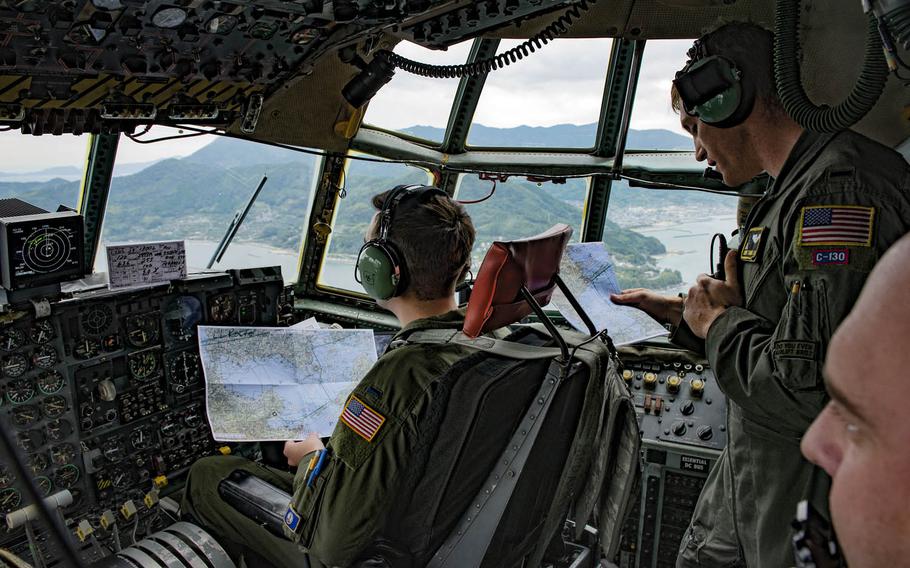 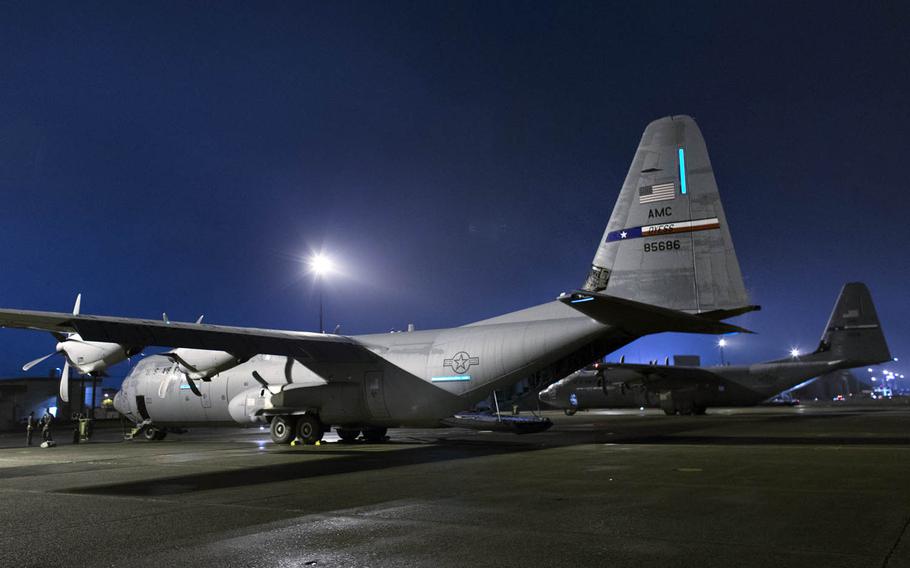 C-130J Super Hercules cargo planes sit at Yokota Air Base, Japan, in July. Three of the aircraft from Dyess Air Force Base, Texas, traveled to Yokota to aid in the transition from the C-130 Hercules to the J model. (Yasuo Osakabe/U.S. Air Force) 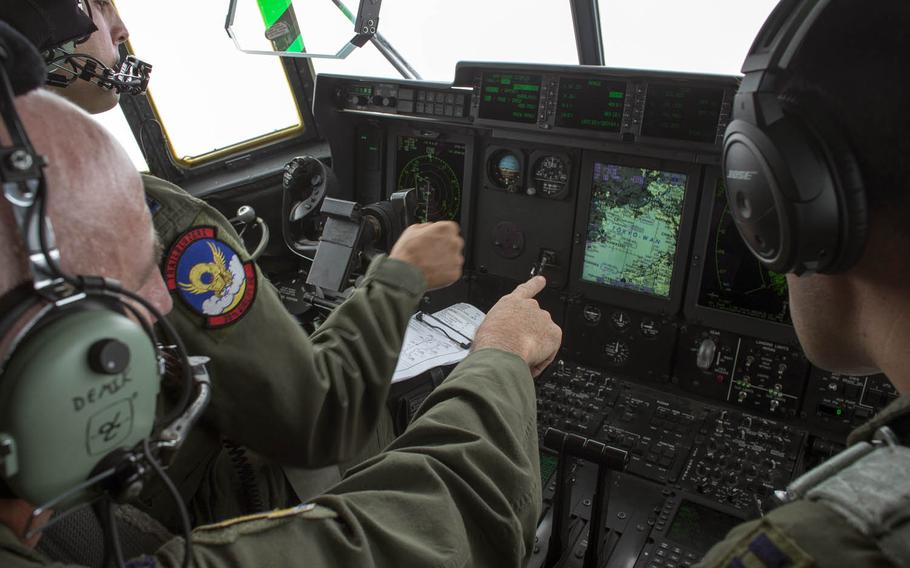 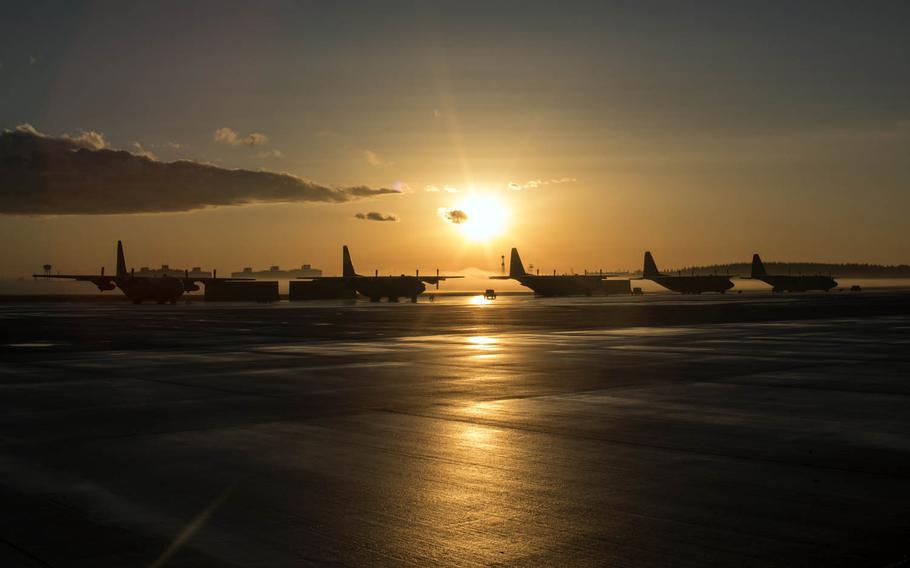 C-130 Hercules aircraft line the runway at Yokota Air Base, Japan, in December. The cargo planes will be replaced by the new Super Hercules model in February. (Yasuo Osakabe/U.S. Air Force)

YOKOTA AIR BASE, Japan — Maj. Jesse Barnes describes himself as “the last of a special breed.”

The 39-year-old Detroit native is one of the last navigators flying C-130 Hercules cargo planes for the 36th Airlift Squadron at Yokota Air Base.

When the old H-model aircraft — the last of its type flying in the Air Force — are replaced in February by 14 state-of-the-art C-130J Super Hercules, Barnes and his teammates will be out of a job.

The airmen, who support U.S. forces across the Pacific from the western Tokyo base, have been working hard to keep the older C-130Hs in the sky while learning new skills to fly and maintain the C-130Js, said Maj. Brian Miller, who is overseeing the transition.

Some trained on the new planes at Little Rock Air Force Base, Ark., while others did the work before they arrived in Japan, he said.

“We are not all going to the same place,” said Barnes, who has yet to receive an assignment.

Some navigators have applied to become pilots, and others are transferring to other planes, including RC-135 reconnaissance aircraft.

Flight engineers have the option to switch to other aircraft, such as C-5 transport planes or Osprey tilt-rotors, he said.

In preparation for the J-models, which are 15 feet longer than the planes they replace, Yokota is lengthening a hangar and building facilities to repair composite materials used instead of aluminum on some new components.

Senior Master Sgt. Colby Brusch, 37, of Aurora, Colo., who is overseeing the maintenance group’s transition, said gauges and switches are replaced by multifunctional screens in the cockpits.

Maintainers have also had to come to grips with a different Rolls-Royce engine and six-bladed composite propellers, he said.

Tech Sgt. Brian Joseph, 32, of Vacaville, Calif., another Yokota maintainer, called working on the C-130H a “labor of love.”

“It can give you some long days and get your hands dirty, but crew chiefs enjoy finding a discrepancy and getting it corrected for the mission to go on,” he said. “The J-model takes out 80 percent of that work. The computer does it all.”

Computers on the new planes take some burden away from the pilots. For example, auto-throttles allow flyers to select a speed, then the plane adjusts the throttle to match, he said.

“A flight engineer was watching things like oil temperature and fuel levels,” he said. “Now the computer controls all that and advises the pilot if something needs to be done.”

If engine oil gets too hot, pilots see a warning on their display and go through procedures to cool it, Klaetsch said.

“If the computer can solve a problem itself, it will just do it,” he said.

Lt. Col. Tyler Kern, 39, a pilot from Idaho Falls, Idaho, transitioned to the J-model before arriving in Japan last month. He said the new plane has luxuries, including a flush toilet, that its predecessor lacked, but the “Herc” community still has a tactical airlift mindset.

“We are front-line airlifters,” he said.

The J-model looks similar to other C-130s but includes significant upgrades such as more power, range and capability, Kern said.

“The Herc is easy to fly but hard to fly well, and that remains true for the J-model,” he said. “Mastering all the electronic systems takes time.”

The computers create a different dynamic for airlifters, he said.

“A successful crew in the H-model was more personality driven; now it is more systems driven,” he said.