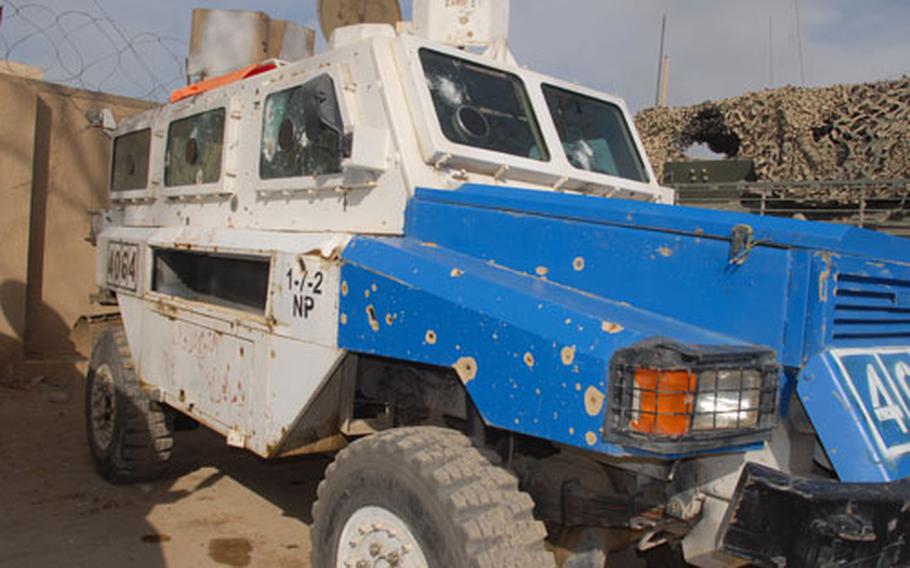 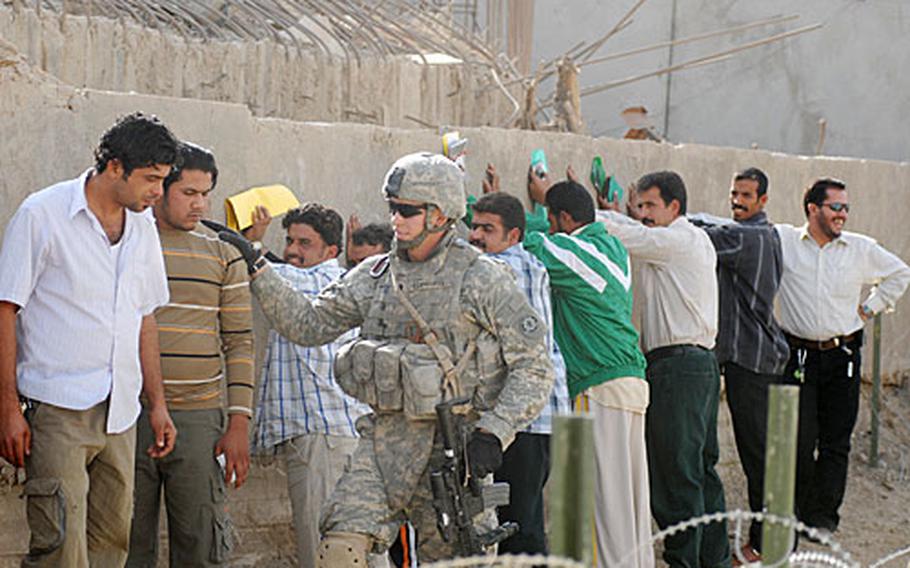 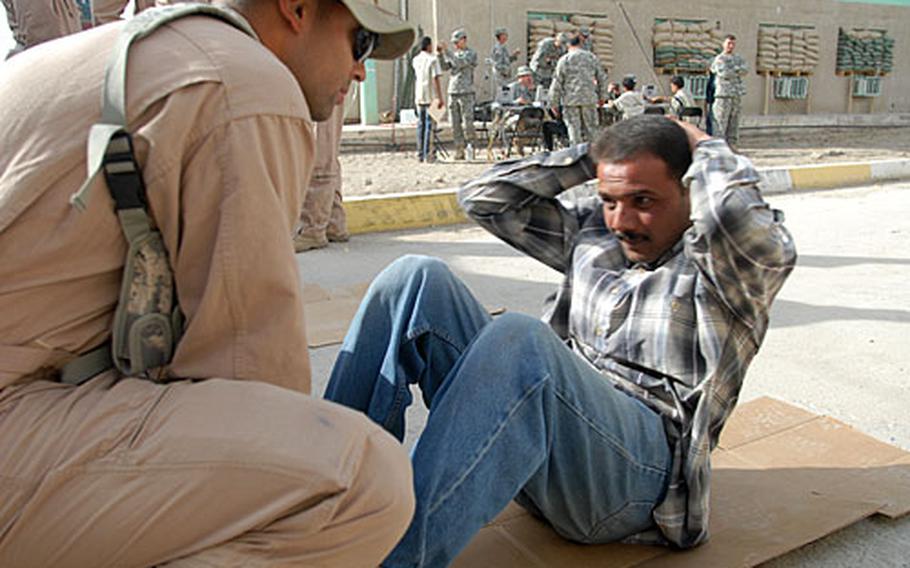 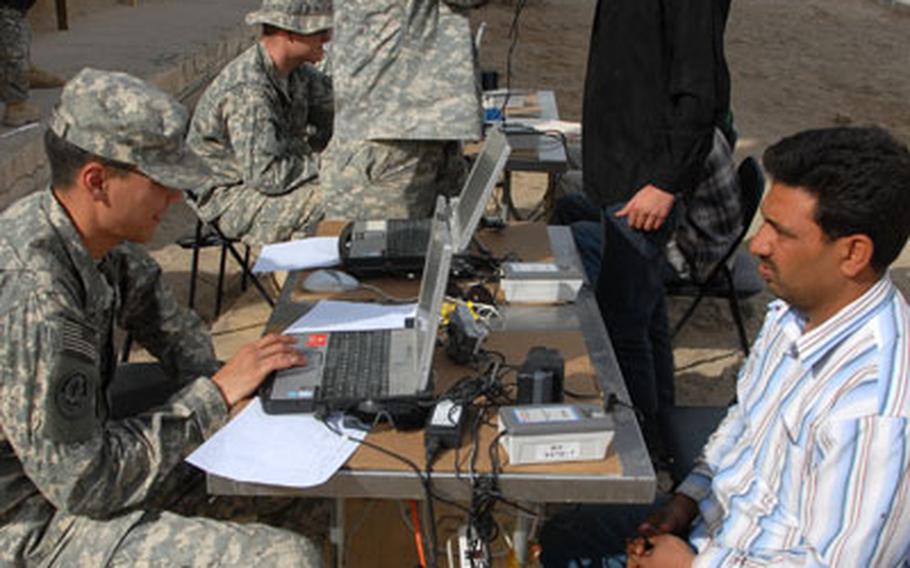 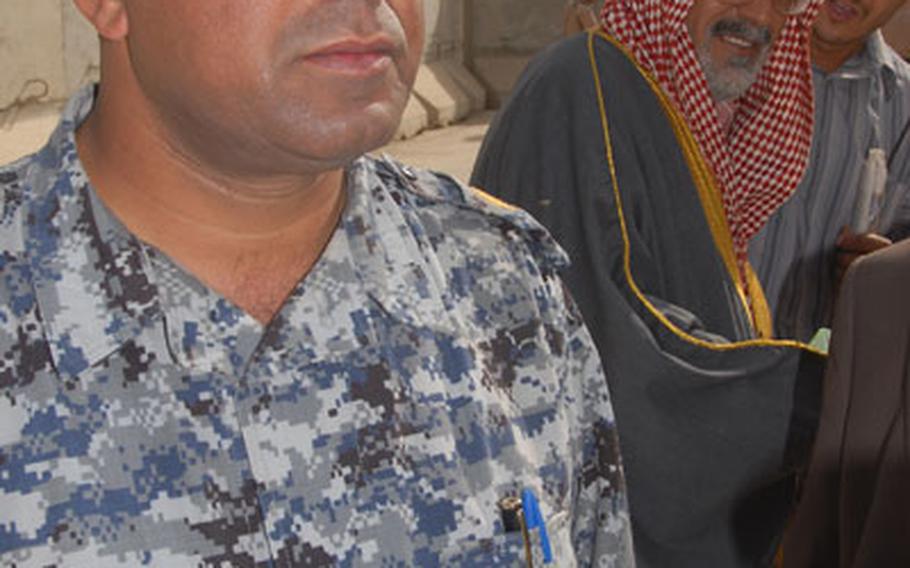 BAGHDAD &#8212; Sunnis in Baghdad are signing up in large numbers to join Shiite-dominated Iraqi security forces &#8212; a sign, according to the U.S. Army, that Sunnis here are keen to follow the path to peace taken by their kinsmen in Anbar province.

&#8220;This is an historic occasion,&#8221; said the 2nd Squadron commander, Lt. Col. Myron Reineke, as he shook hands, first with Fasul Abued Hasson al Joburi, a Sunni sheik who led about 100 members of his clan onto the base to apply for security forces jobs, then with Lt. Col. Fakhir Idair Al Bahadpy, who heads a 400-man battalion of Iraqi police.

Iraqis call the phenomenon of Sunnis joining local security forces &#8220;following the light in the west,&#8221; one of the U.S. soldiers at JSS Cougar said. In Anbar province, most Sunnis have switched allegiance this year, from backing al-Qaida to supporting the coalition, a move that has led to a drastic reduction in violence west of Baghdad.

Once on base, the Sunni recruits underwent a physical training test that involved running about 80 yards and doing five push-ups and five sit-ups. Then they were checked by an Iraqi doctor and added to a biometric database.

&#8220;I bring my people here to join up to protect our area. It is something new in our life. We want all the Iraqis to mix in here without any problem. Just together in one Iraq. When the Sunni and Shia mix, it will be better. Not just one side,&#8221; al-Joburi said, through a translator.

Local Sunnis do not trust the police, he added, &#8220;&#8230; but if police come with American Army, we are safe because Americans believe in human rights, unlike the police.&#8221;

Lt. Col. Faqir Idair al Bahadpy, who commands the 172nd National Police Battalion, which has about 400, mostly Shiite, police serving with it, welcomed the Sunni recruits.

&#8220;I need more Sunni people in my force so I can be more effective. I want equality not only for Sunni and Shia. It shouldn&#8217;t matter if they are Christians, Turkmen or where they are from. These people can serve the community,&#8221; he said, also through a translator.

Al Bahadpy acknowledged that the Sunni community did not trust the police, but said negotiation is building trust, step by step.

&#8220;There was a barrier between police and the Sunni population, but when I have Sunnis (the recruits) inside the base this is a big step. I know they are scared and I talk to them and tell them what is happening,&#8221; he said.

Company F 1st Sgt. Michael Callaghan-McCann, 44, of Everett, Wash., said the recruiting drive was the first in the neighborhood.

&#8220;It is pretty significant that the Sunnis showed up. It means they want change and peace on their streets,&#8221; he said.

&#8220;The other night after they (the Iraqi police) finished a patrol, they found what they thought was a (roadside bomb). They showed it to our guys who agreed &#8230; and called (explosive ordnance disposal) to deal with it. It was (the Iraqi police) identifying a problem instead of turning a blind eye,&#8221; he said.