Sunlight is strange to airlift pilots 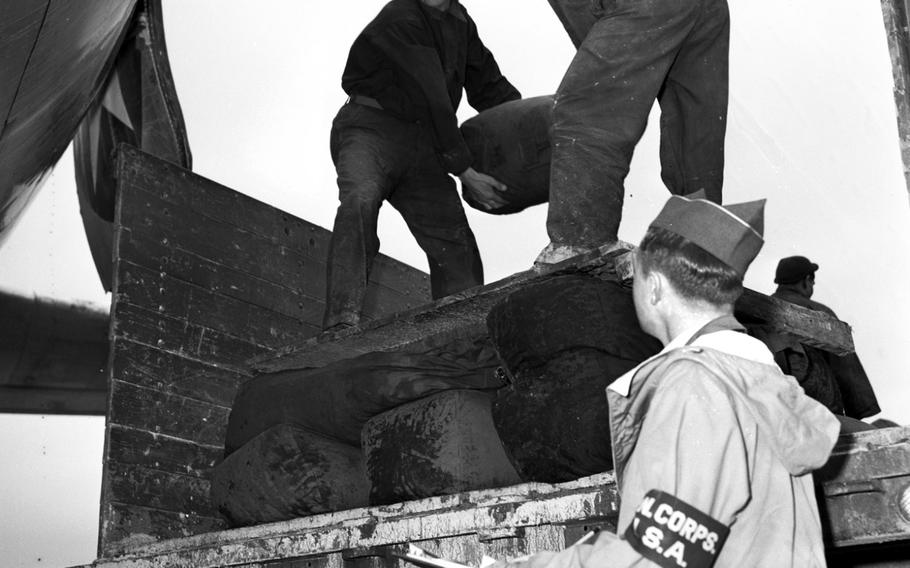 Buy Photo
Coal is unloaded from a truck onto a Berlin-bound transport plane in July, 1948. (Henry Compton/Stars and Stripes)

Buy Photo
Coal is unloaded from a truck onto a Berlin-bound transport plane in July, 1948. (Henry Compton/Stars and Stripes) 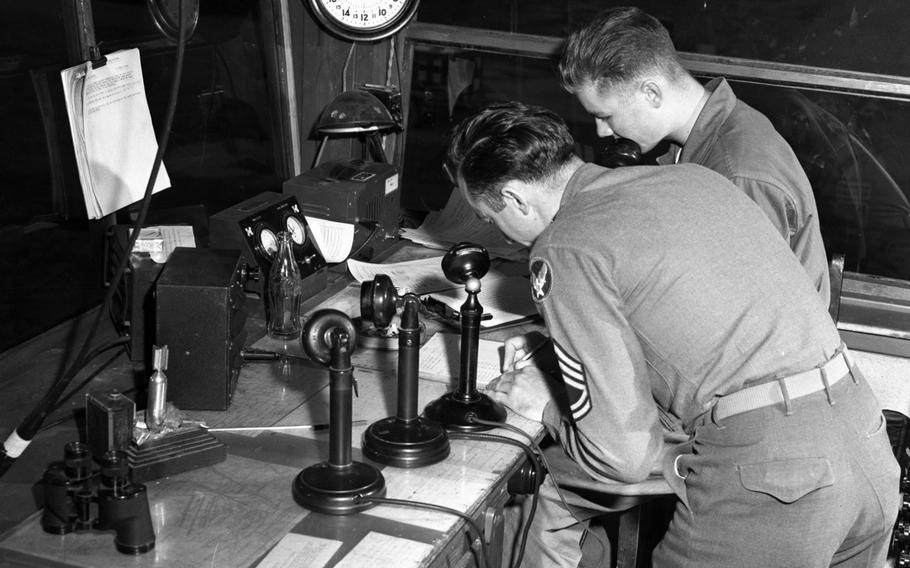 Buy Photo
In the tower at Rhein-Main in July, 1948. (Henry Compton/Stars and Stripes) 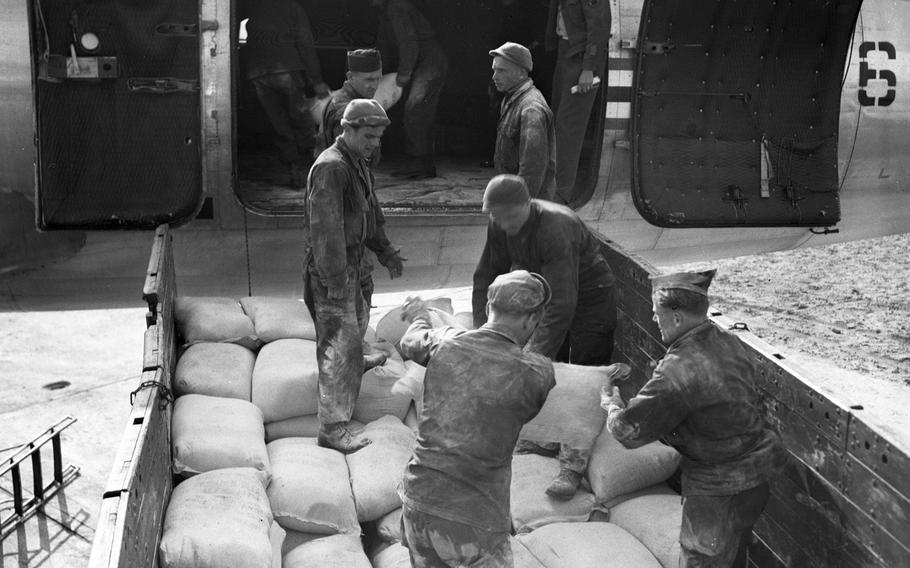 Buy Photo
Berlin-bound supplies are loaded onto a plane in July, 1948. (Henry Compton/Stars and Stripes) 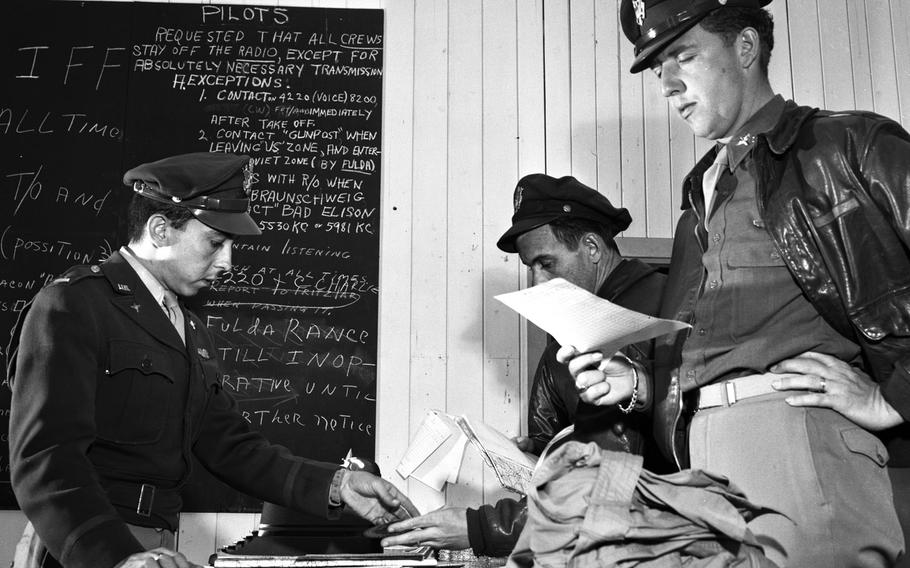 Buy Photo
Berlin Airlift pilots receive their final orders before flying another load of coal out of Rhein-Main Air Base in July, 1948. (Henry Compton/Stars and Stripes)

WIESBADEN, July 9 — "Operation Vittles" probably is one of the smoothest running emergency air operations ever staged, but the boys who are piloting the "gooney birds" — C47s pressed into service — have many a tale to tell of unrecorded minor crises.

This correspondent lunched yesterday with two Air Force lieutenants who had long since lost count of their Berlin shuttle runs and had just enjoyed their first 10 hours continuous sleep since the lift began.

They bought a double indemnity on said sleep by tearing the telephone off the wall in their Wiesbaden quarters — just in case.

Neither of the pilots — until yesterday — had seen the sun in two weeks, and were so inured to instrument-flying that one of them said that on coming out of the clouds over Berlin he was so unused to looking out the window that his eyes remained glued to the instruments controlling his instrument approach.

"Tempelhof tower told me I was about 150 feet above the beam," he said, "and I started to let her down faster. Then just by chance I looked out and I pulled up just in time to avoid flying into a Berlin apartment house."

In the soupy weather that has persisted almost since the lift began, AF pilots have been flying the run partly by instruments and largely "by the seats of their pants." The safety record so far is a tribute to their natural ability.

Told the Guy to Relax

One of the pilots told how he was approaching what he thought was Wiesbaden Air Base at so many degrees direction, 3,000 feet altitude, when he heard on the cluttered airwaves that a sister ship was leaving Wiesbaden at a degree and altitude calculated to create a perfect head-on collision.

The cargoes carried in "Operation Vittles" were not originally packed for air shipment and present a tricky problem of stowage. It's the responsibility of the two-man crew of the "gooney birds" to attend to the proper lashing — after all it's their own necks in the balance if the cargo shifts.

So far everybody has been pretty lucky, but one of the ships making an instrument landing at Tempelhof this week bounced pretty hard and the co-pilot came to an eventual stop with a 350-pound carton of powdered milk resting in the cockpit between the seats. It had just wandered in from behind.