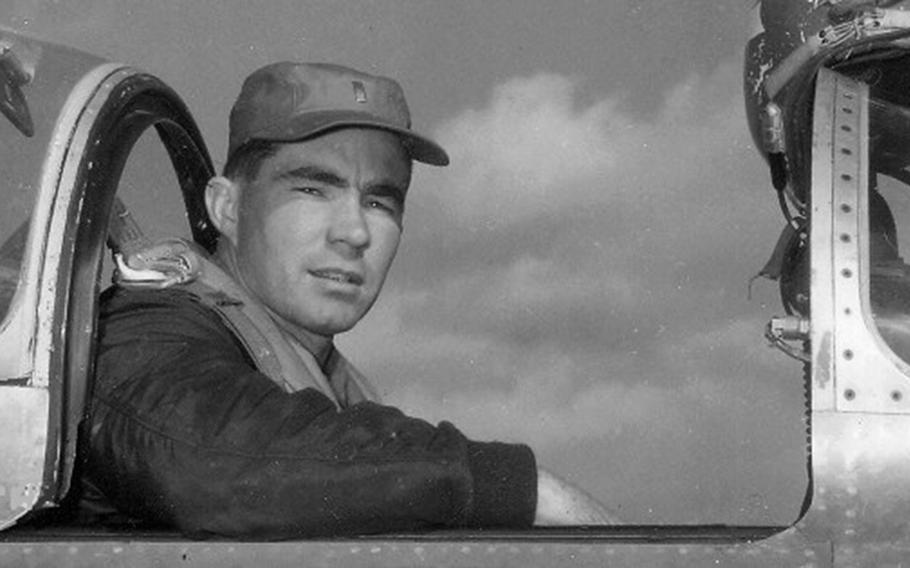 It was just over a month before an armistice was signed to end the Korean War.

A search crew spotted the smoking wreckage of what was presumed to be his F-86 Sabre fighter jet but no sign of the 23-year-old pilot – one of thousands of American servicemembers who remain unaccounted for.

His nephew and namesake Jim Escalle and other MIA families are hoping that North Korea’s promise to return remains of Americans who were lost on their territory will finally bring their loved ones home.

“I was elated when I heard North Korea was going to repatriate remains,” said Escalle, a 58-year-old substitute teacher in Bakersfield, Calif. “It is a positive step in the right direction.”

President Donald Trump and North Korean leader Kim Jong Un committed during their June 12 summit in Singapore to “recovering POW/MIA remains, including the immediate repatriation of those already identified.”

It would be the first such repatriation in more than a decade after a joint search effort was halted amid rising tensions over the North’s nuclear weapons program.

The U.S.-led United Nations Command is on standby for the handover and sent wooden coffins and flags to the truce village in the tense border that divides the peninsula.

“They have staged appropriate logistics materials, and we simply are standing by for whenever the … diplomatic activities are done. And we’re optimistic that it will begin because that was an agreement coming out of … Singapore,” Defense Secretary Jim Mattis told reporters Sunday en route to Alaska.

Mattis, who also will travel to China, South Korea and Japan, said the UNC would oversee the repatriation because of the multilateral nature of the war, with about 15 countries sending troops.

The summit agreement appeared to refer to an estimated 200 sets of remains that the North Koreans have said in the past were ready to be returned, according to the Defense POW/MIA Accounting Agency.

That would be a fraction of the 7,702 missing American troops, with 5,300 believed to have been lost in the North.

But Escalle, who has done extensive research and written a book about his uncle, called it an important step.

“Hopefully, more remains will be repatriated in the near future, and our search teams will go back into North Korea to look for more missing servicemen,” Escalle said in an email. “I also hope and pray that this process will continue without any political stumbling blocks getting in the way.”

Identification issues Two weeks after the summit, no date has been set for the repatriation, despite Trump’s assertion on Thursday that “they’ve already sent back or are in the process of sending back the remains of our great heroes who died in North Korea during the war.”

It’s also unclear exactly where the handover would occur, although the military has prepared for it to be at Panmunjom since it straddles the border.

"We are very hopeful and I certainly know the Korea families are very hopeful," Rear Adm. Jon Kreitz, the Defense POW/MIA Accounting Agency deputy director, said in an interview weeks before the summit.

"We hope that they'll turn over some remains and if things progress, we are ready to hold talks with them to negotiate resumption of operations in North Korea," Kreitz told Stars and Stripes in Kaiserslautern, Germany.

More than 36,000 U.S. troops died in the three-year war, which ended in an armistice instead of a peace treaty, leaving the peninsula divided by the Demilitarized Zone, a 2.5-mile wide no man’s land dotted with landmines and lined with barbed wire.

From 1990 to 1994, North Korea returned 208 boxes of remains that contain an estimated 400 individuals, but only 181 Americans have been accounted for from those sets, according to the DPAA.

Joint U.S.-North Korean military search teams recovered 229 sets of American remains between 1996 and 2005, with only 153 individuals identified among those, the agency says.

The United States was allowed to conduct 33 investigative and recovery operations in the country before former President George W. Bush’s administration called off the search, claiming the safety of American participants was not guaranteed.

Critics at the time also argued the North was using the program to extort money from Washington, prompting the label “bones for bucks.”

The last repatriation was in 2007 when then-New Mexico Gov. Bill Richardson traveled to Pyongyang and returned with six sets of remains.

Mattis said that if they’re turned over at the border, the remains would be taken to Osan Air Base south of Seoul where they would undergo an initial examination “just to make sure that they’re probably from either western countries or other countries that were sending states.”

They would then be sent to the DPAA’s laboratory in Hawaii for forensics testing and identification, a daunting task that can take months and often years.

For example, funerals have been held in past months for servicemembers whose remains were among those recovered during joint searches with the North Koreans in the early 2000s but have only recently been identified.

The effort is complicated by the decades that have lapsed, the death of close relatives who could contribute DNA and the condition of the remains, which are sometimes mixed together. Techniques used include skeletal analyses, sampling DNA, dental and chest radiograph comparisons, and historical evidence.

“We have family reference samples for over 90 percent of Korean War unaccounted for servicemembers,” DPAA spokesman Lt. Col. Kenneth Hoffman said. “We owe a profound debt of gratitude to U.S. servicemembers who gave their lives in service to their country and we are working diligently to bring them home.”

Final mission 2nd Lt. Jimmy Louis Escalle, who was deployed to South Korea’s Suwon Air Base with the 36th Fighter-Bomber Squadron, known as the “Flying Fiends,” was determined to fly as many missions as possible, according to an account provided by his nephew.

The pace picked up in the weeks before the truce was signed on July 27 as the Chinese, who were fighting with the North, made a push to gain as much territory as possible beforehand.

“After dark you could see the tracers. It looked like a Fourth of July in the late evening,” Escalle wrote in a June 16 letter to his younger brother Bob.

“We really worked hard for those three days and I think we helped the soldiers a lot. Everyone still thinks the truce will be signed. The Chinese are just trying to get some good hills right now,” he said, adding that he had 40 missions under his belt.

Three days later, the F-86 Sabre pilot disappeared while making a run against a convoy of camouflaged trucks he had spotted parked on a dirt road in a valley near North Korea’s east coast.

His wingman circled the immediate area and called him repeatedly from the radio but eventually had to return home because of low fuel. A search crew later spotted the F-86 wreckage but it was too dangerous to risk sending in a helicopter.

Escalle is listed by the DPAA as a first lieutenant because he was later promoted for length of service since he remained on active duty even while listed as MIA.

His nephew said his effort to find and spread information about his uncle began at age 8 when he found some old photographs.

“I also wanted to know about the Korean War, so I could understand the environment in which he fought and eventually gave his life,” he said. “I didn’t want him to be forgotten, as the Korean War itself has been called over the years.”

Family members may also send inquiries to DPAA about the agency’s efforts to account for missing Americans from past conflicts dating back to World War II with contact information.