Summit between US, South Korean presidents a chance to ‘open the aperture’ 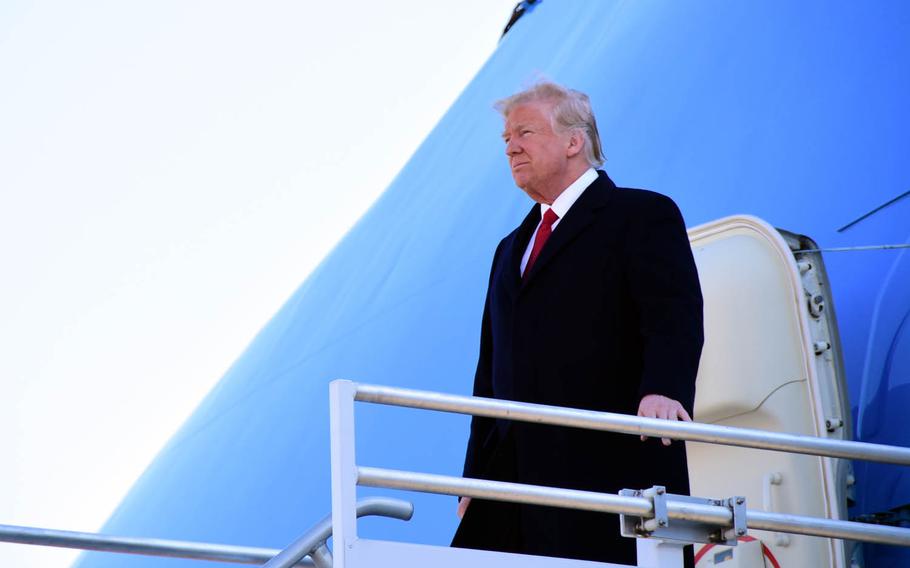 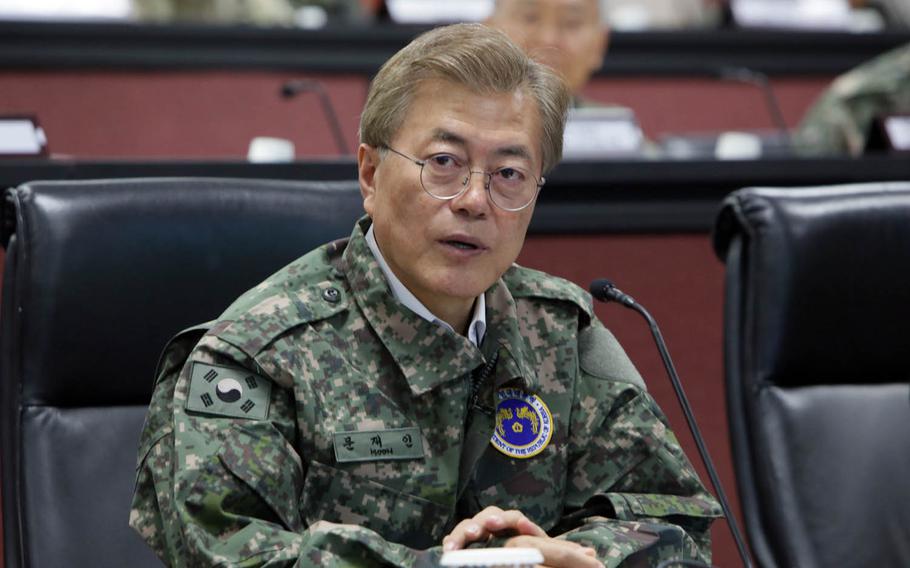 The novice leaders face potential disagreements over issues such as North Korea policy, the stalled deployment of a U.S. anti-missile battery and trade as they meet for the first time in a summit that begins Thursday in Washington.

But Moon’s administration has downplayed concerns that the talks will expose strains in the decades-old alliance between the countries.

“The (South Korean)-U.S. alliance has been the foundation of our diplomacy and security and it will remain so in the future,” she added.

The stakes are high. North Korea has made alarming progress in its nuclear weapons program, and experts say the communist state is likely years away from developing a nuclear-tipped missile that could threaten the U.S. mainland.

Pyongyang has test-fired more than a dozen missiles since Trump took office on Jan. 20 following an unprecedented spate of activity in 2016 that included two underground nuclear explosions.

Trump, meanwhile, has given sometimes mixed signals about his policy plans regarding North Korea while touting the need for maximum pressure and engagement.

His administration has ordered several warships and other military hardware to the region and said it would act unilaterally if needed. But he also has said he would be “honored” to meet with North Korean leader Kim Jong Un under the right conditions.

The two-day summit is a chance for Moon, who has been in office less than two months, to reassert Seoul’s influence over U.S. policy after suffering from a vacuum of power during months of political crisis that saw the ouster of his predecessor.

“Now we have new leadership in Seoul and Washington, it is a time to kind of open the aperture a bit,” Kathleen Stephens, a former U.S. ambassador to South Korea, said Monday during a forum in Seoul.

“The prime goal needs to be to establish a relationship between the two partners … and to ensure that the Republic of Korea is understood in Washington as a full and absolute partner to address North Korea policy and other regional challenges,” she said.

Moon, the son of North Korean refugees, has sought to dispel concerns in Washington that he will be soft on the rival regime.

He wants a resumption of long-stalled dialogue with Pyongyang but stressed that would be possible only after the isolated regime halts its nuclear and missile activities. Moon also has called for additional sanctions if the North carries out a sixth nuclear test or test-fires an intercontinental ballistic missile.

The foreign minister drove home that point in her address at Monday’s conference, which was organized by the Washington-based Center for Strategic and International Studies.

“They both have the door open for engaging North Korea if conditions are right,” she said. “In this sense, my government’s strategy mirrors that of maximum pressure and engagement of the United States.”

Victor Cha, a Korea expert with CSIS, agreed that the two allies have more in common regarding North Korea than widely believed.

“It’s important to reaffirm the strength of the alliance and the need to demonstrate resolve in the face of the very threatening actions by the North,” he said.

“I think both sides would be well-served by both signaling and actually believing that there are no substantive differences between the United States and South Korea when it comes to North Korea.”

The foreign minister also strongly suggested that Moon would honor a Park administration agreement with the United States to fully deploy a Terminal High Altitude Area Defense system, or THAAD, in a remote southeastern area despite local protests and economic retaliation from China.

The U.S. military already has installed key components of the anti-missile battery in Seongju, but Moon suspended the process with four launchers left in limbo pending a full environmental assessment.

“Going through the environmental impact assessment is an issue of domestic due process,” Kang said. “It does not mean that we will cancel or reverse the decision to deploy THAAD.”

But she didn’t offer a new timeframe.

A bipartisan group of 18 U.S. senators led by Colorado Republican Cory Gardner and New Jersey Democrat Bob Menendez called on Trump Friday to use the summit to find a way to expedite THAAD’s deployment.

“We ask you to reiterate to President Moon that the decision to deploy THAAD was an alliance decision and protects both U.S. troops and millions of South Korean citizens, while not posing any threat to South Korea’s neighbors,” the senators said in a letter to Trump.

South Korea has found itself caught in the middle as China, its largest trading partner and source of tourists, opposes the anti-missile battery because it fears the powerful radar could be used against its military.

Seoul has accused Beijing of retaliating economically by putting limits on South Korean businesses in China and curbing tourism to the peninsula.

Security isn’t the only possible point of contention looming over the summit.

The candidates also are expected to discuss a bilateral free-trade agreement that Trump as a candidate called a “job killing” deal.

The U.S. president reportedly raised the topic of renegotiating the FTA even before discussing North Korea during a phone call with Moon. The South Korean president has insisted the deal is “mutually beneficial” and should not be terminated.

John Delury, an Asia expert at Yonsei University in Seoul, said the summit isn’t likely to produce any breakthroughs but will be a crucial opportunity for Moon to size up the controversial U.S. president.

“Like every world leader, he’ll be trying to figure out Donald Trump and what makes him tick,” Delury said in a phone interview. “For an initial meeting, they’ll be much more interested in trying to establish some basic rapport and basic understanding.”

“We know that Moon wants to be more proactive and he thinks that inter-Korean relations can pay a role,” Delury added. “One of his goals is to kind of establish a trust that would give him some room to see what he can do.”