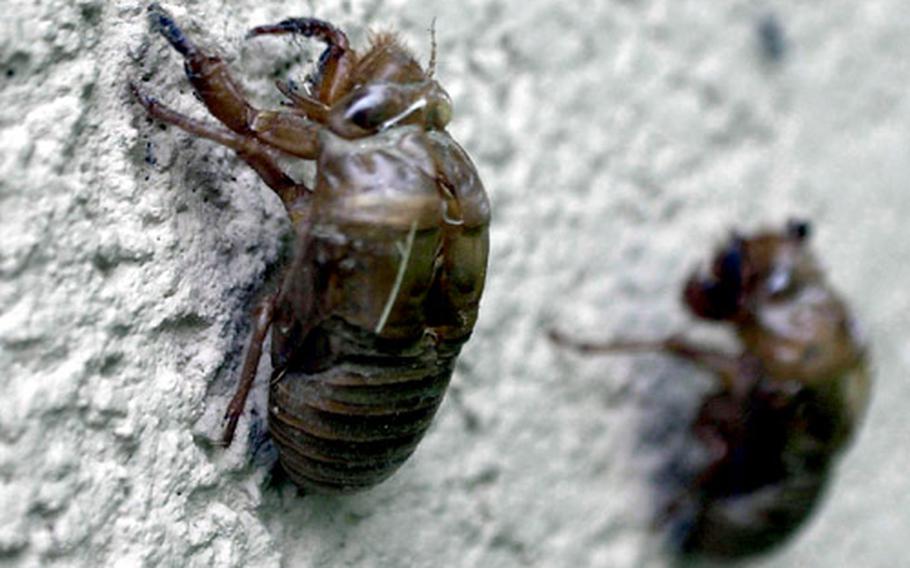 The eerie dried shells of cicada nymphs remain on a wall at Yongsan Garrison after their hosts have headed to the trees to find a mate. (Jeremy Kirk / S&S)

The eerie dried shells of cicada nymphs remain on a wall at Yongsan Garrison after their hosts have headed to the trees to find a mate. (Jeremy Kirk / S&S) 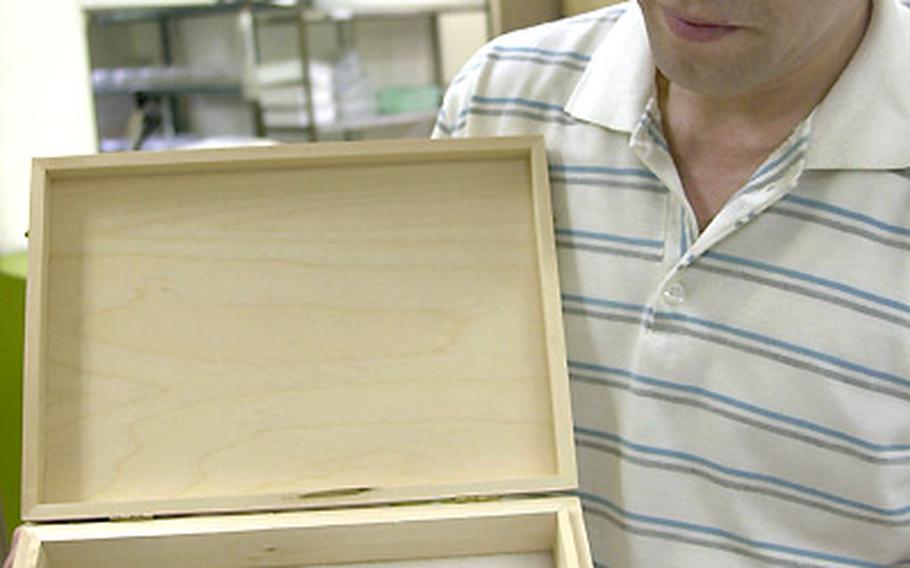 YONGSAN GARRISON, South Korea &#8212; The shrill, rhythmic cries comes from high in the trees, an electric buzz that surges and fades during the hottest summer days.

The chorus of the male cicada seeking to attract females can be nearly deafening in heavily wooded areas where the insect likes to roost, stopping only during heavy rains when the noise competition is too much.

Although harmless to humans, the cicada sounds and appears menacing with its loud screech when disturbed and widely spaced eyes and Darth Vader-like face.

In South Korea, there are 15 kinds of cicadas, said Dr. Kim Hung-chol, a Korean entomologist who works with the 5th Medical Detachment on Yongsan.

The life cycle of the cicada is one of lengthy waiting followed by three weeks of lust. When eggs are laid in the summer, they hatch into nymphs that burrow about 3 feet into the ground, Kim said.

Most cicadas in South Korea stay underground for seven years, but other species stay up to 15 years in the dirt, feeding on root juices, Pike said.

It&#8217;s not known how the nymph cicada emerges from the ground right on time seven to 15 years later, Pike said. But it&#8217;s known that the warming ground temperatures tell the cicada it&#8217;s show time.

Small, round holes can often be seen where the nymphs push their way out of the ground. They crawl up bushes, trees and building walls for their next stage: adulthood.

A cicada cracks out of its nymph stage, leaving behind a brittle model of its former self.

Then, it&#8217;s two to three weeks of singing. The calls to females resonate throughout the trees. After breeding, the cicada soon dies.

Cicadas are tough to see in trees because of an effective camouflage, Pike said. Occasionally, one will end up on the ground, and people quickly learn from the cicada&#8217;s riotous squawk that &#8212; although harmless &#8212; it&#8217;s not the most sociable creature.

The sound, to many South Koreans, means summer is here. Known as maemi, in Korean, the cicadas first sound out around the end of June and then usually cease around September when the temperature drops, signaling the end of summer.

Chin Merson, who was enjoying a picnic on south post Thursday amid the cicada&#8217;s song, said the cicadas in other parts of Seoul seem to cry louder, possibly because of more cars and pollution.