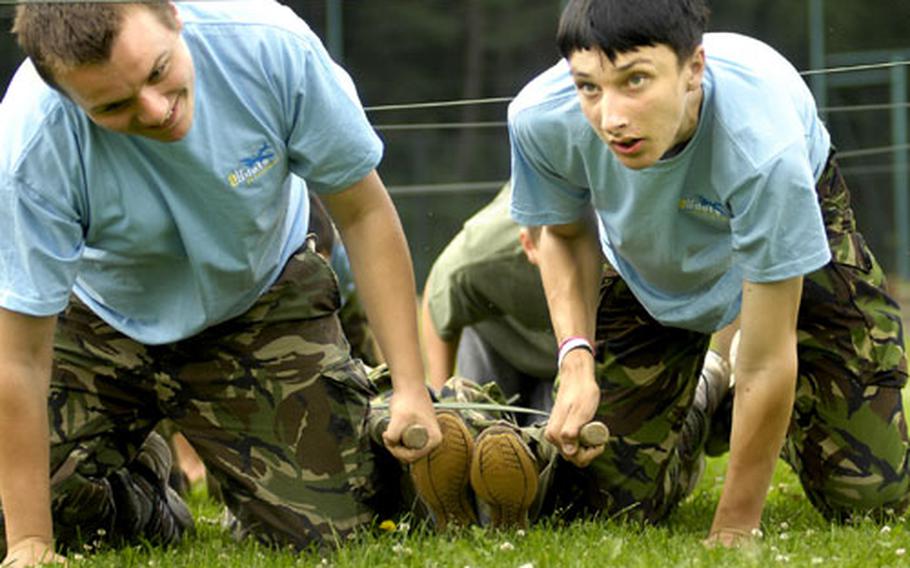 Alex Gliddon, left, and James Bennett, both air cadets from the United Kingdom, drag another cadet on a litter through an obstacle course Wednesday at Kapaun Air Station. (Ben Bloker / S&S)

Alex Gliddon, left, and James Bennett, both air cadets from the United Kingdom, drag another cadet on a litter through an obstacle course Wednesday at Kapaun Air Station. (Ben Bloker / S&S) 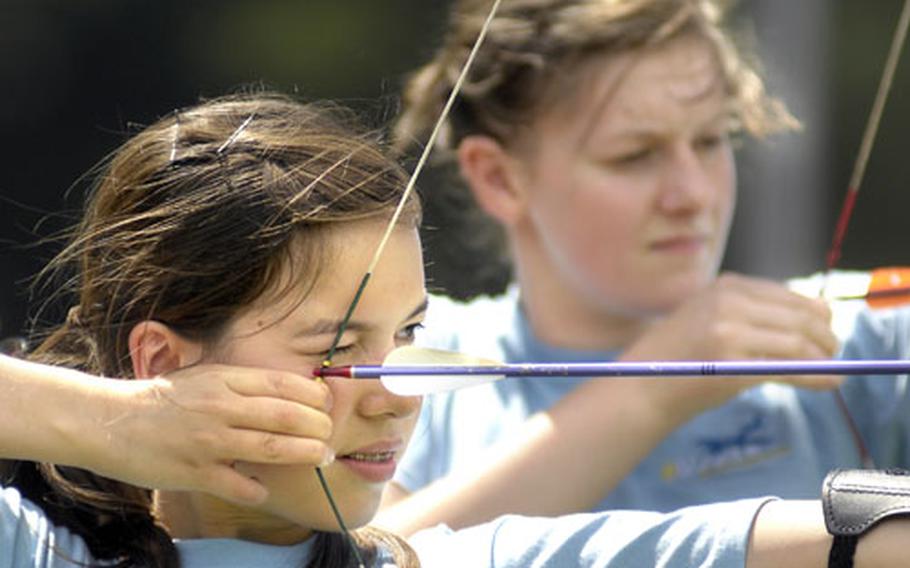 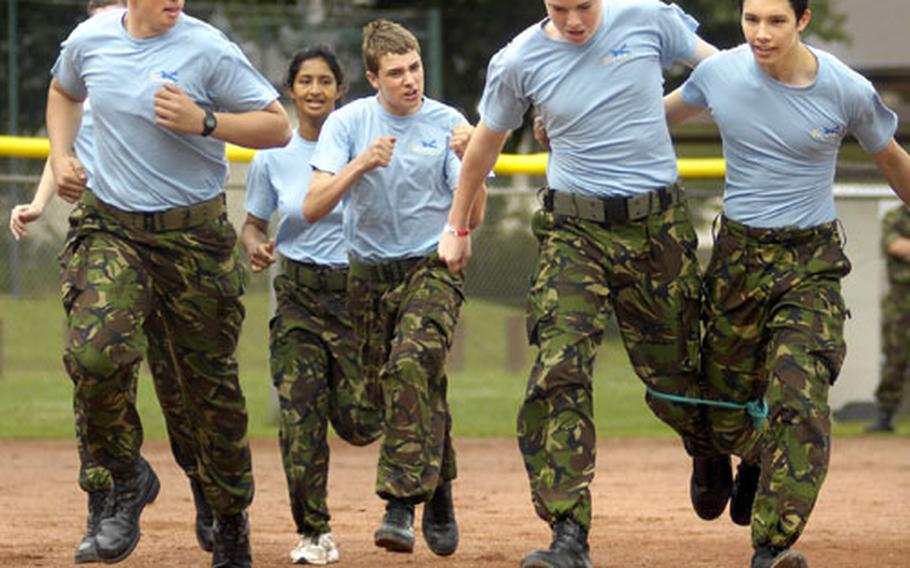 Joules Roberts, right, and Tony Ledger, both air cadets from the United Kingdom, stride through a three-legged race with the moral support of their team Wednesday at Kapaun Air Station, Germany. (Ben Bloker / S&S)

Air cadets from the United Kingdom are spending a week at Ramstein Air Base and neighboring U.S. military installations as part of an annual summer camp supported by Britain&#8217;s Royal Air Force and the U.S. military in Germany.

The cadets are either members of the U.K.&#8217;s Air Training Corps or the Royal Air Force section of the Combined Cadet Force. Both comprise the Air Cadet Organization, a mostly volunteer group of youths who meet in towns, cities and schools across the U.K.

Though the air cadet program is not a recruiting tool, officials said, some cadets are already eyeing military service after graduation.

Matthew Wong, 17, a Combined Cadet Force sergeant from Bedford, England, wants to be a British marine or a paratrooper. He&#8217;s intimidated by the prospect of going to Afghanistan, where two months ago he lost a friend, a former cadet who was serving with the British army.

About 70 cadets, divided into two groups and separate weeks, are participating in the Germany camp.

The second week of the program ends Saturday.

The cadets are surprised to see bowling alleys, Burger King and shopping malls on military bases, said their instructors.

A typical Royal Air Force base in Britain is made up of an airfield and barracks, said Mo Merchant, an Air Training Corps warrant officer and volunteer instructor.

"Going onto an American air base is like going into a town. Their eyes are going everywhere," she said.