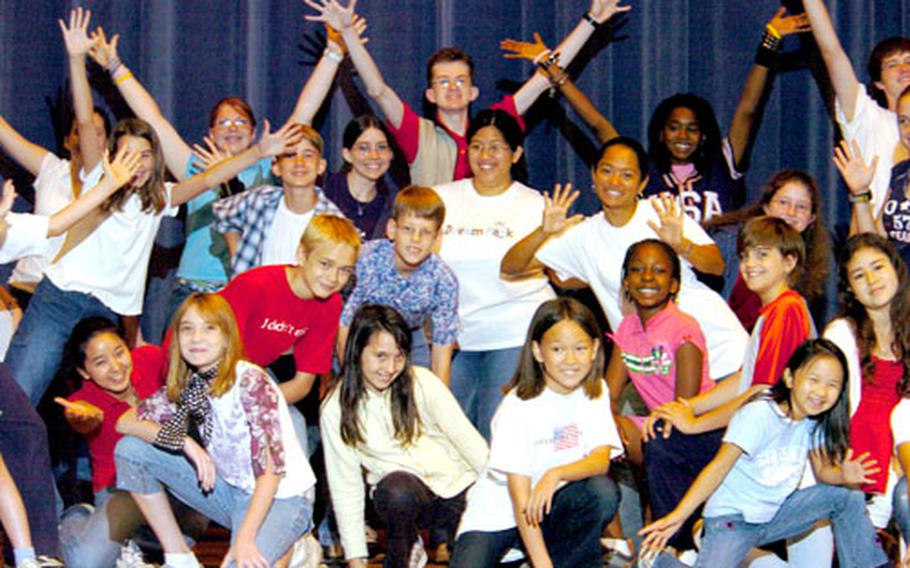 Children from Yokota Air Base, Japan, practice a song-and-dance number at the Vivace Performing Arts Program, a private organization on base that teaches youth on drama, dance and music. (Christopher B. Stoltz / S&S)

Children from Yokota Air Base, Japan, practice a song-and-dance number at the Vivace Performing Arts Program, a private organization on base that teaches youth on drama, dance and music. (Christopher B. Stoltz / S&S) 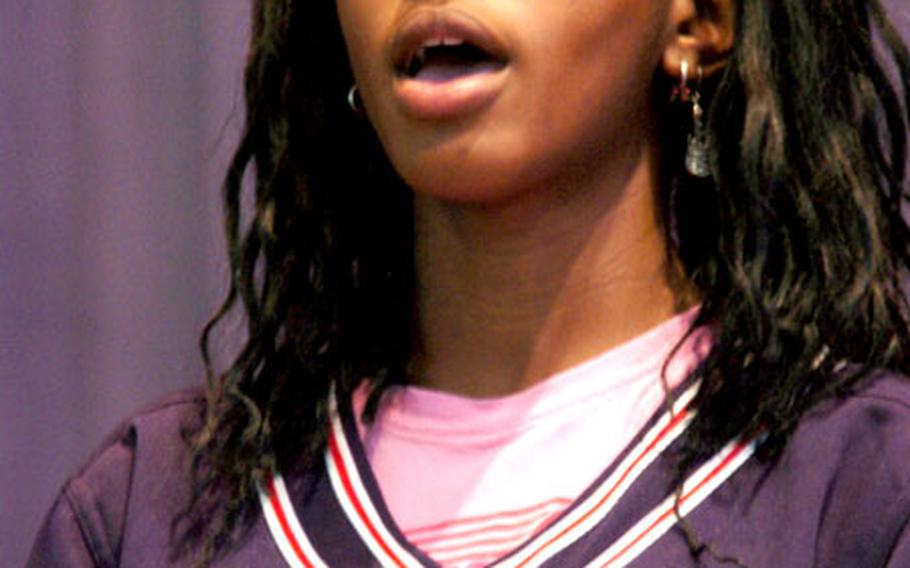 In the second stanza of the Vivace Performing Arts Program&#8217;s annual summer session, base children ages 9-18 tackled &#8220;Destination America,&#8221; examining the influences of song, dance and acting on the nation&#8217;s culture. It included Latin flavors and the music of Paul Simon and Broadway.

They wrapped up the four-day class Thursday with a public performance at the Taiyo Recreation Center.

Nine-year-old Aubri Huang, a fifth-grader at Yokota West Elementary School, was on stage for the first time with the troupe.

Vivace, now in its fifth summer, is a private, self-sustaining organization on base that teaches Yokota youth about drama, dance and music.

It got under way June 20 for children ages 6-8, who gathered for five afternoon sessions at Yokota West Elementary School in the program&#8217;s &#8220;Rising Stars&#8221; segment.

&#8220;The activities are designed to break children out of their shells, build confidence and teach them about working as a team,&#8221; said Betsy Fitzgerald, Vivace executive director. &#8220;We do singing, dancing and acting exercises. &#8230; It&#8217;s a great way for us to keep these kids involved so later on they&#8217;ll be able to sustain the arts in America.&#8221;

A graduate of the Eastman School of Music in Rochester, N.Y., she is one of four instructors this summer. The others are Michael Parks, who&#8217;s appeared on Broadway in &#8220;Phantom of the Opera&#8221; and &#8220;Les Miserables&#8221;; Yokota High School art teacher Jennifer Sauceda; and Jennifer Higuchi, a Yokota senior.

Fitzgerald, who moved to Yokota in 2000, started the program after encountering what she considered a bleak arts and drama picture at the base.

&#8220;As an advocate, I couldn&#8217;t imagine not having these opportunities for kids,&#8221; said Fitzgerald, whose husband, Keith, plays trombone in the U.S. Air Force Band of the Pacific-Asia.