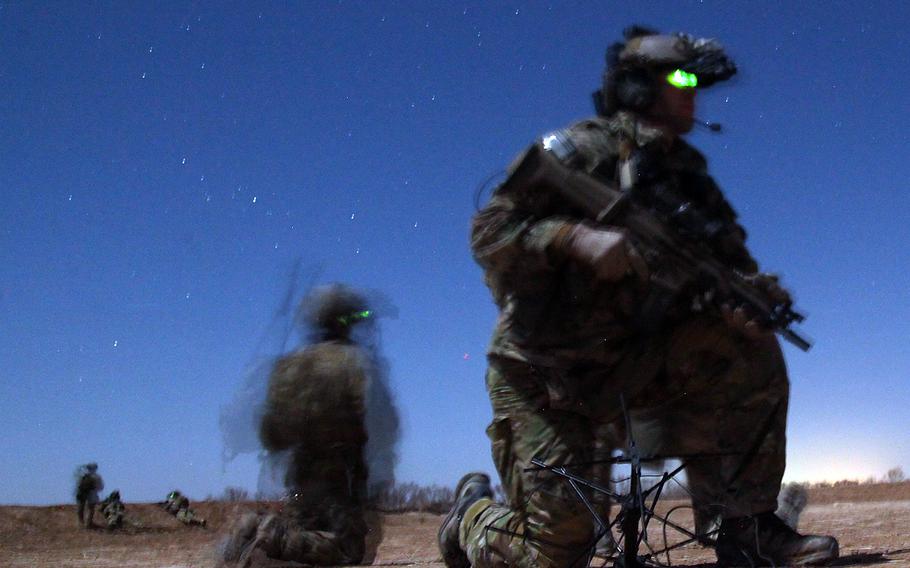 KABUL, Afghanistan — Four people were killed when a suicide bomber wearing a police uniform detonated a car bomb inside a police training center in Helmand province in southern Afghanistan on Saturday morning, a local official said.

The attack happened at around 9:30 a.m. near a school in the Nad Ali district to the west of the provincial capital Lashkar Gah, Omar Zwak, spokesman for the provincial governor, told Stars and Stripes.

Zwak said the blast left 12 wounded, including two children. All four killed were police, he said.

The attack in Helmand follows a number of Taliban assaults on police checkpoints in the province earlier in the week. The Taliban claimed responsibility for Saturday’s attack in a statement online.

A Taliban-affiliated Twitter account proclaimed "dozens killed/wounded," in a tweet with the hashtag #OpOmari, a reference to the insurgent group’s spring offensive, "Operation Omari." It refers to the late Taliban founder Mullah Mohammad Omar. The Taliban often exaggerate casualty claims.

Helmand has been the site of some of the most intense fighting in the 15-year war.

A relative calm had settled on the province about a month ago when most insurgent fighters left the front lines to assist in harvesting poppies for opium — the Taliban’s chief source of revenue.

In recent weeks, U.S. and Afghan officials have said they expect the southern province, often described as the Taliban heartland, to be the site of a major insurgent offensive as the harvest draws to an end.