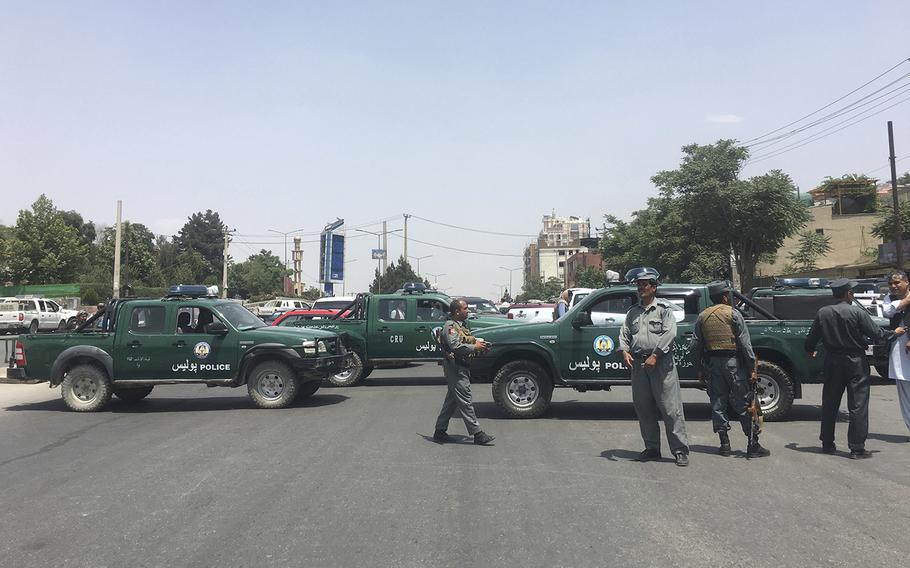 KABUL, Afghanistan — A suicide bomber attacked a gathering of the country’s top clerics Monday, killing at least seven people and wounding nine after the group had declared such attacks were banned under Islamic law.

The bomber detonated his explosives at about 11:20 a.m., at the entrance of a large hall where a religious body known as the Afghan Ulema Council was meeting, Kabul police spokesman Hashmat Stanekzai said.

No group had claimed responsibility for the bombing as of Monday evening.

Some 2,000 council members had gathered for a meeting of the Loya Jirga, or council of elders. A couple hours earlier, the council had issued an Islamic ruling, or fatwa, declaring that suicide attacks are “haram” — forbidden under Islamic law.

“Such attacks, trafficking and fraud are strictly prohibited and supporting and funding (them) is illegal,” the edict said, according to local media.

Afghanistan’s Pajhwok news agency published parts of the council’s unanimous edict, which contained seven articles denouncing insurgent violence, calling on the Taliban to accept the Kabul government’s peace offer and condemning all outside influences trying to prolong the war.

“Those who ignore the imperative of peace clearly disobey the orders of Almighty Allah and his messenger Hazrat Muhammad,” the council said, according to Pajhwok.

A spokesman for the council declined to speak to Stars and Stripes after the bombing, which some officials said was carried out by a man on foot and others said was motorcycle-borne.

One of the dead and two of the wounded were police officials, Stanekzai said. Most of the casualties were civilians, but he could not say whether any were clerics.

The U.S. Embassy in Kabul condemned the attack as cowardly, saying it would not deter those seeking to end conflict in the country.

“We join all those who call for peace and condemn suicide attacks,” the Embassy said on Twitter. “#Peace will prevail.”