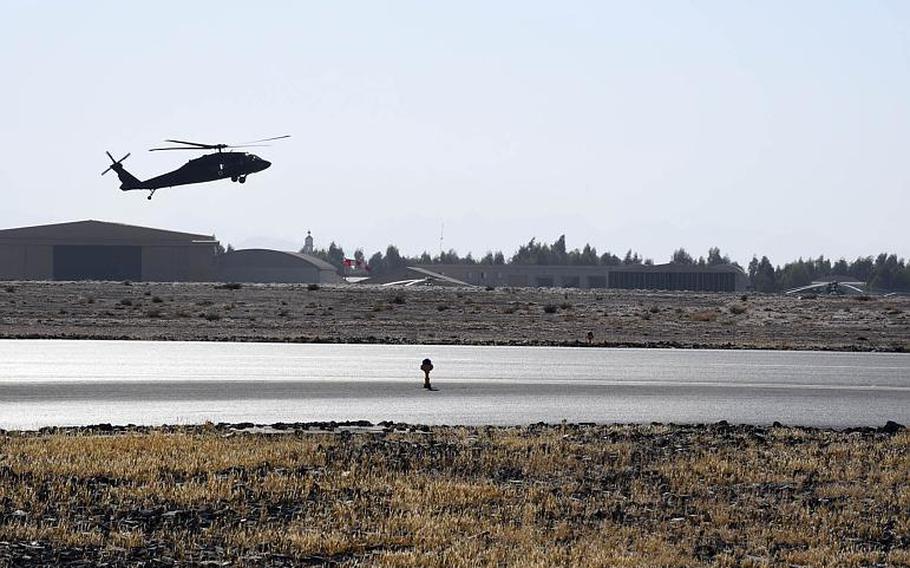 Buy Photo
A UH-60 Black Hawk takes off at Kandahar Air Field on Nov. 5, 2017. On Nov. 13, 2017, a suicide bomber struck at a convoy of foreign forces nearby the base, Afghan officials said. (Phillip Walter Wellman/Stars and Stripes)

The incident occurred near Kandahar Air Field, where U.S. and coalition forces are based, said Qudratullah Khushbakht, a spokesman for the province’s governor.

The U.S. troops were injured when a vehicle bomb exploded, NATO’s mission in Afghanistan said in a statement. It said that all four casualties were in stable condition. There were no fatalities.

The Taliban attacked a police checkpoint near the city of Farah, the provincial capital, early on Monday morning, a government spokesman told AP.

One policeman was slightly wounded in the attack and was subsequently arrested on suspicion of links with the insurgents.