Submarine could be next Navy vessel to visit Vietnam 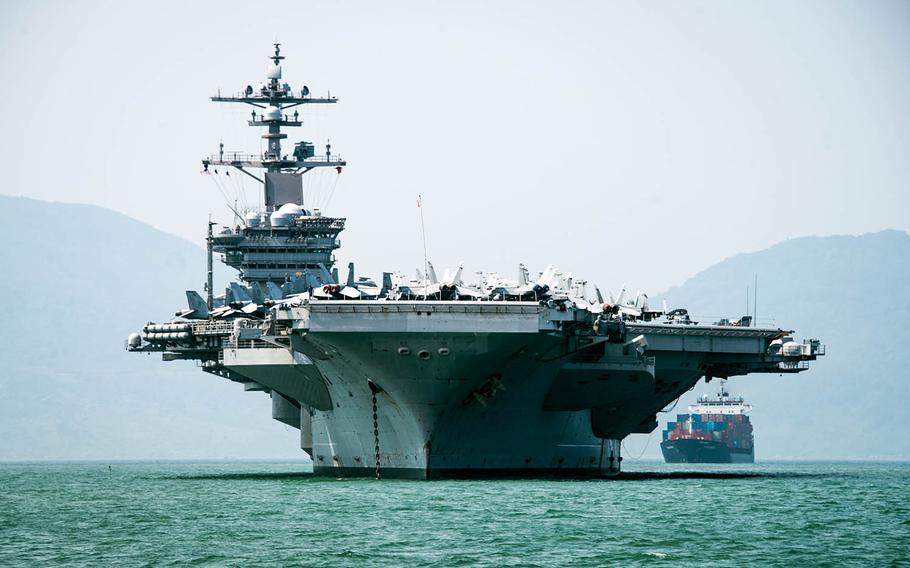 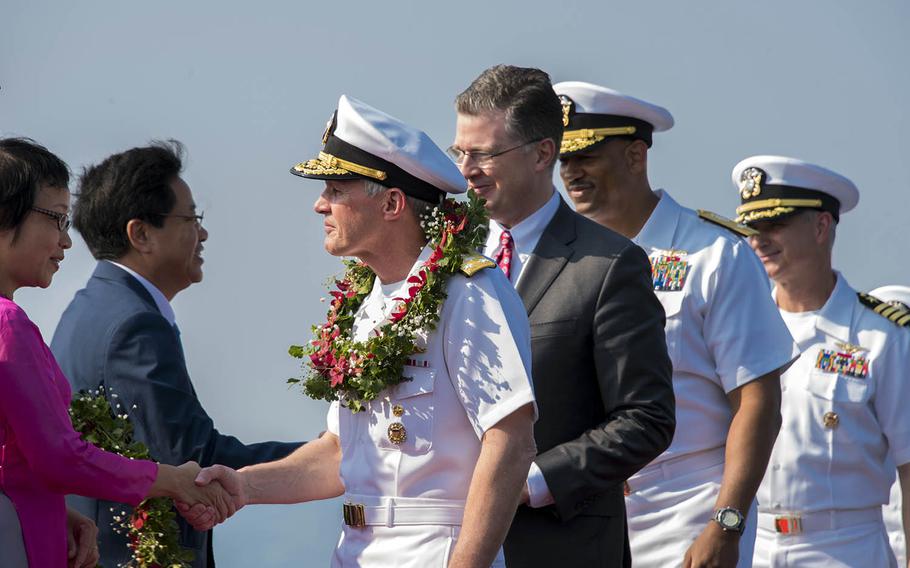 A submarine could be the next Navy vessel to visit Vietnam if the 7th Fleet’s commander gets his way.

Vice Adm. Phillip Sawyer, who once led the Guam-based Submarine Squadron 15, suggested the submarine port call during a teleconference with reporters about the USS Carl Vinson’s historic visit to Danang this week.

The ship, accompanied by the guided-missile cruiser USS Lake Champlain, the destroyer USS Wayne E. Meyer and 5,500 sailors, is the first U.S. aircraft carrier to dock in the country since the Vietnam War ended in 1975.

“I am a career submariner and … I would greatly look forward to bringing one of the U.S. submarines into a port in Vietnam. So that’s certainly one of things I will offer going forward,” Sawyer said.

The nuclear-powered subs are far more advanced than those operated by China, which has clashed with Vietnam and other neighboring countries over disputed territory in the South China Sea. Experts see the subs’ survivability and firepower as a key deterrent to aggression in the region.

Asked if the Navy might conduct exercises or joint patrols with Vietnam, Sawyer said there would be discussions with the Vietnamese navy about how to build on the partnership.

“It really is kind of a two-way street,” he said, adding that officials will talk about what might be of benefit to the Vietnamese navy and come up with plans for “naval engagement and naval activities.”

Sawyer said the Carl Vinson’s port call is part of a growing relationship that included a visit by the 7th Fleet flagship, the USS Blue Ridge, in 2009.

The Navy will work to normalize tries to its Vietnamese counterpart, he said.

“I will work closely with my Vietnamese partners and we will develop ideas and options for what makes sense for both of us,” he said.

This year Pacific Partnership, an annual exercise that deploys U.S. forces to engage with militaries and humanitarian groups in the region, will stop in Vietnam, as it has in past years, he said.

A lack of transparency by China, which has been reclaiming land and building military facilities on disputed South China Sea territory, is creating “angst” in the region, Sawyer said.

Rear Adm. John Fuller, commander of the Carl Vinson strike group, whose father served in the Army in the Vietnam War, said he’s proud to be back there, getting a warm welcome from locals.

“I’m very proud of my father’s service … 40 years ago, the relationship between the U.S. and Vietnam was not as good as it is now,” he said, noting that ties have improved between America and other former adversaries such as Germany, Italy and Japan.

“The Carl Vinson strike group is so honored to be here,” he said. “My crew, my sailors are all very happy to be here … we’re also very happy that our visit enhances the bilateral relationship.”

U.S. sailors are interacting with Vietnamese people and appreciate the country’s vibrant culture, he said.

Sailors in Danang are getting liberty similar to what they receive during other port calls in the region, Lt. Commander Tim Hawkins, a Carrier Strike Group One public affairs officer, said in an email.

“If not on duty, many are able stay overnight in hotels ashore,” he said. “Others are able to enjoy [Danang] in the daytime and evening before returning to the ship at a required time based on rank.”

“Many are also helping welcome more than 1,600 guests who are visiting USS Carl Vinson over the course of our time here,” he said.

Mary Tarnowka, the U.S. consul general in Vietnam, called the carrier visit a milestone in bilateral relations. The U.S. has provided Vietnam’s coast guard with a cutter, six patrol boats and a training and maintenance facility, with more gear on the way, she said.

The United States wants to see a strong, independent and prosperous Vietnam, she added.