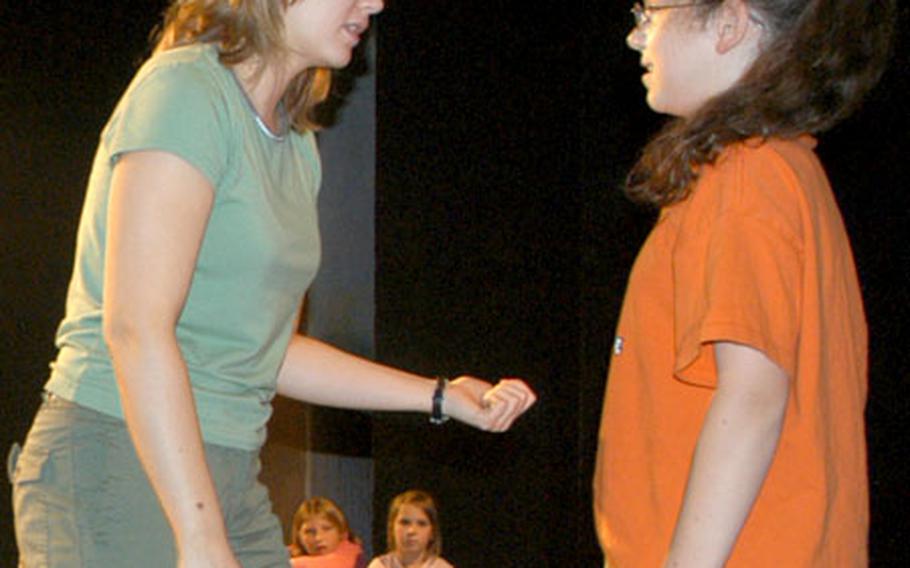 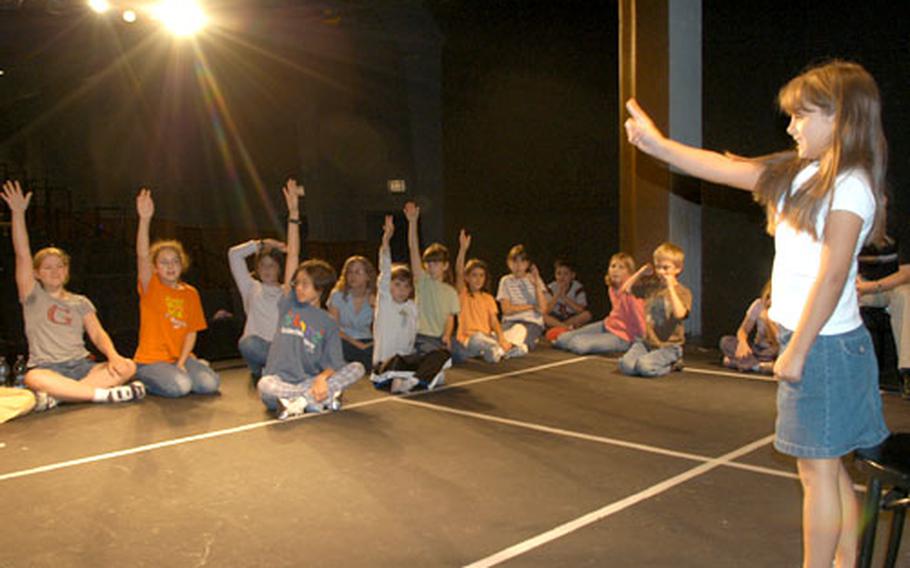 Eight-year-old Meagan Branch picks a classmate to guess which role she just performed on Wednesday during the Summer Theatre Workshop for Young People. (Charlie Coon / S&S)

STUTTGART, Germany &#8212; Even with scripts and rehearsals, sometimes actors just gotta wing it.

Mandy is one of 22 stars-to-be honing their craft at the Summer Theatre Workshop for Young People in Stuttgart. Some of the students, ages 8 to 13, are old hands at show biz while others are finding out if the bright lights are for them.

The two-week workshop is the second put on this summer by the Stuttgart Entertainment Branch, which, unlike many of the military communities in Europe, uses lots of kids in some of their shows, such as last winter&#8217;s &#8220;Oliver.&#8221;

For the first few days, the students learned how to act without talking, performing charade-like skits while their classmates guessed what they were doing.

Once the students master the pratfalls, shrugging and mugging, they move into team games and playing characters. At the end of the first week, they&#8217;re cast for short skits and given lines to learn. During the second week, they&#8217;ll rehearse for end-of-workshop performances in front of their friends and families.

They learn that life in the theater isn&#8217;t all glitz and glamour. Rehearsing lines over and over can get boring. So can waiting quietly backstage as your cast mates have fun onstage.

This group, though, was mostly seasoned vets. Even an old pro like 13-year-old Ryan Branch, who has taken the workshop a couple times before, can brush up on his stagecraft.

That, by the way, is the type of stage where actors face the audience, as opposed to the thrust stage [on three sides] or theater in the round, where audience members are seated on all sides.

But Ryan hadn&#8217;t forgotten why enrolled once again in the workshop.