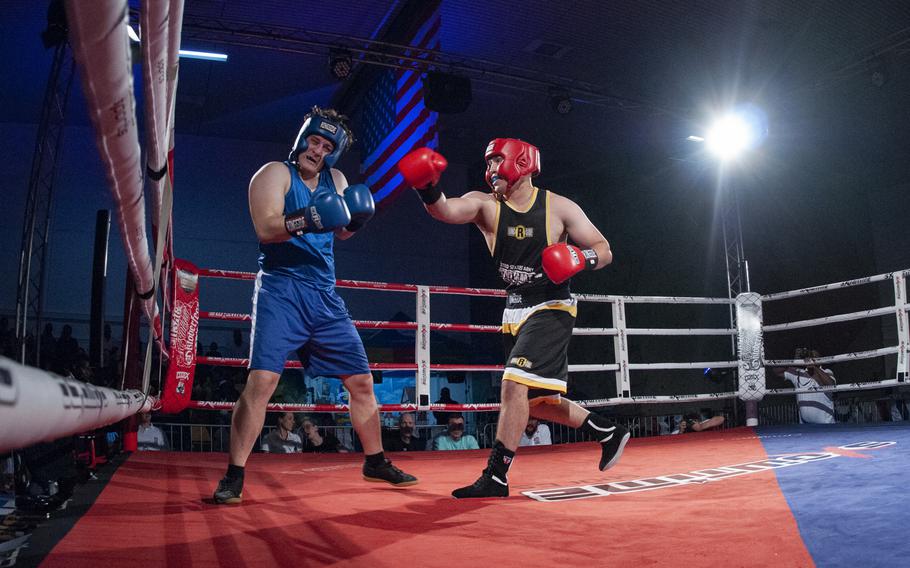 Sloan Grey, right, of Stuttgart follows through after landing a right hook against Brenden Chernis of Baumholder during their super heavyweight bout at the Oktoberfest Boxing Championships in Stuttgart. Grey won the Saturday night fight. (Kevin Abel/U.S. Army)

Stuttgart won with 67 points at the Oktoberfest Boxing Championship, the U.S. Army Garrison at Stuttgart reported. Baumholder took second place with 39 points and Bavaria was third with 26 points.