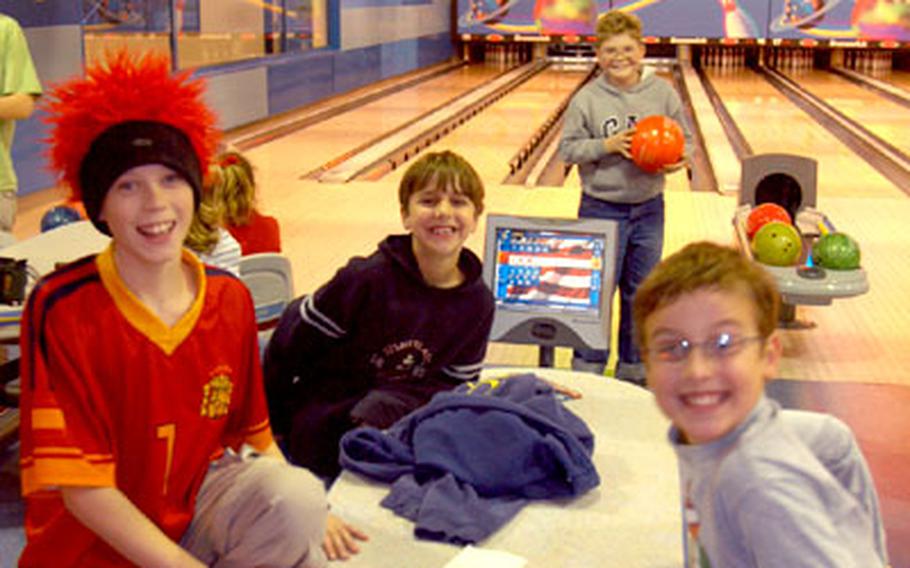 From left, David Schnibben, Jake Moffatt, Greg Meyers and Graham Young mug for the camera during a birthday party for Greg on Wednesday at the new Galaxy Bowling and Entertainment Center on Panzer Casern in Stuttgart, Germany. The center hosted 56 parties during November, its first month in business. (Charlie Coon / S&S)

STUTTGART, Germany &#8212; Business is booming at the new Galaxy Bowling and Entertainment Center.

The 24-lane facility on Panzer Casern opened Nov. 5. Half of the facility includes a bar and slot machines and caters to adults. The other half features a playroom and video arcade and caters to children. That way, parents and children can keep an eye on each other.

For serious bowlers such as Patch High School junior Derrick Hamilton, 17, there are lockers for rent to store balls and equipment.

Hamilton, who said he carries a 196 average, said the lanes are much better than those at the nearby Kelley Barracks bowling alley, which recently closed and is going to be torn down.

The atmosphere is better, too.