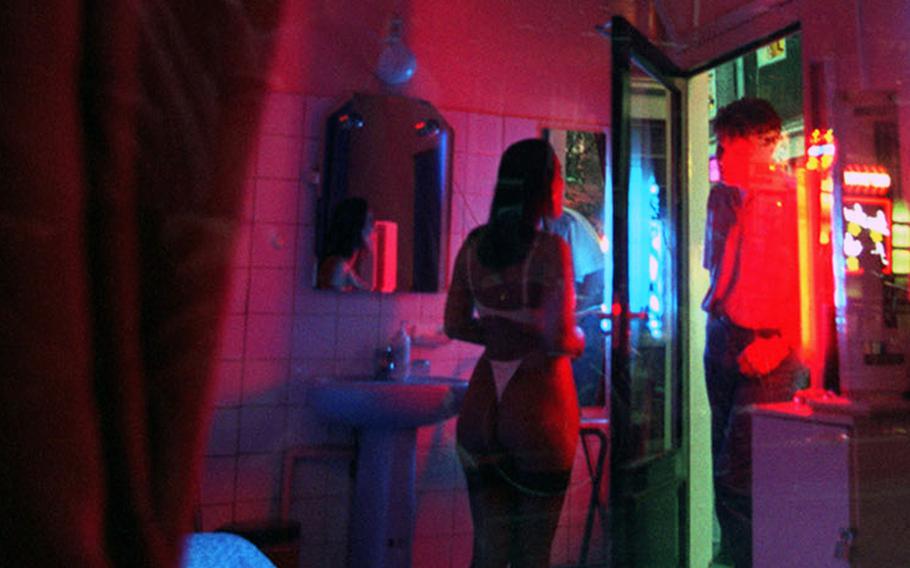 Buy Photo
Brothels were ordered shut Friday in U.S. European Command's hometown of Stuttgart, where city officials issued a ban on the world's oldest profession in light of the new coronavirus. (Michael Abrams/Stars and Stripes)

STUTTGART, Germany — Brothels in U.S. European Command’s hometown of Stuttgart were among a slew of sites that city officials have ordered to close their doors to help in the fight against the coronavirus.

In fact, any form of prostitution was banned, and clubs, bars, movie theaters, museums and public baths were also ordered to temporarily shut down to help in the city’s effort to contain the fast-spreading virus.

Prostitution is legal in Germany and big cities like Stuttgart often have raunchy red light districts where brothels line the street.

More than 20,000 Americans with ties to the military live in the Stuttgart region.

For U.S. troops, the closure of the brothels – and ban on all other prostitution as well – shouldn’t have a large impact on weekend plans, at least in principle.

Troops can face criminal charges for the solicitation of prostitution, even in countries where it is legal.

That wasn’t always the case. The Uniform Code of Military Justice was updated around 2005 to add an anti-prostitution charge. Many young service members in Germany lamented the decision at the time, saying it was harsh and noting that prostitution was legal in the country.

But in the years since, the military has sought to emphasize that while that may be the case, young women who work in prostitution are at great risk of being trafficked.

A EUCOM fact sheet from 2017 described a “zero tolerance” policy for trafficking in persons. “Ensure soldiers understand the link between prostitution and TIP, and that, although legal in some countries in the AOR (Area of Responsibility), prostitution is often coerced and can involve underage individuals,” the fact sheet said.