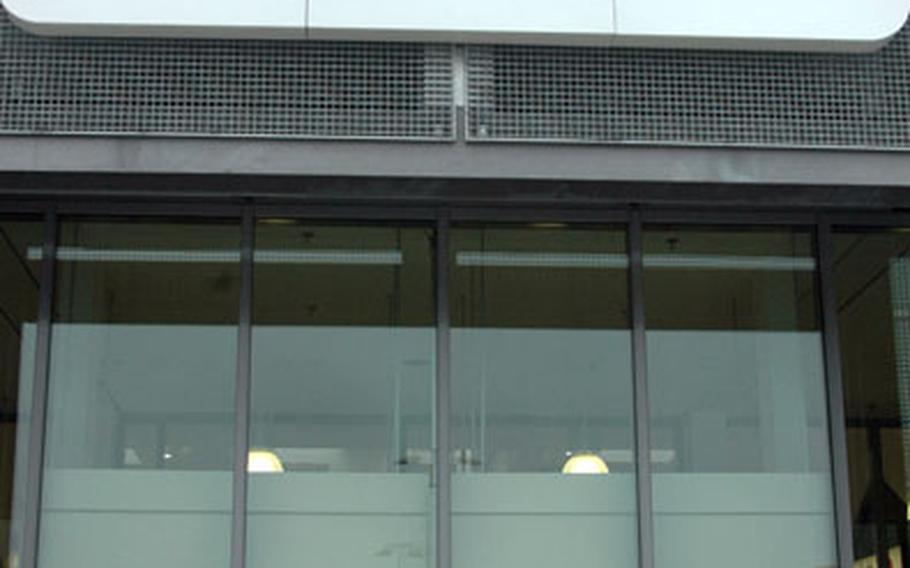 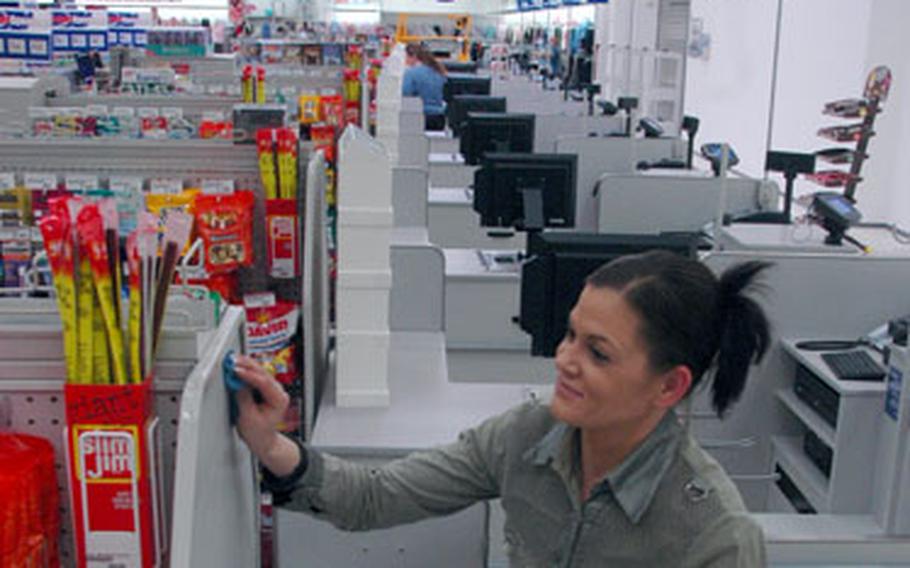 Uli Schendel, a cashier for the new post exchange in Böblingen, Germany, cleans a register area on Friday in preparation for the grand opening. (Charlie Coon / S&S)

B&#214;BLINGEN, Germany &#8212; The Stuttgart military community includes a lot of officers and high-paid civilians, but its shopping choices have been downright ghetto: Two small, aging post exchanges, a sporting goods store and Power Zone electronics store, spread out around the overcrowded Patch Barracks.

Shroyer and Richard Mason, who will both work at the new exchange&#8217;s food court, were poking around on Friday as workers put finishing touches on the 140,000-square-foot, $29 million structure.

The new exchange, which is run by the Army and Air Force Exchange Service, has about four times the floor space of the stores it&#8217;s replacing, in addition to concessionaires and the food court.

Patch Barracks is home to the U.S. European Command headquarters, Defense Information Systems Agency and other units, plus a high school, elementary school and much military housing. While the four stores at Patch are closing, the food court there is staying open. Many people will now have to commute to Panzer Casern for shopping.

The new exchange has created about 60 jobs, mostly part-time.

Among the notable concessionaires: Simply Perfect Nail Salon, which has cushy leather recliners that massage customers as they receive a pedicure and foot bath; Josef Seibel, an upscale shoe retailer; and Petals and Bloom, a florist.

Sony PlayStation 3s are also in stock. During the Christmas holidays, AAFES customers had to enter a drawing for the right to buy the in-demand game product.

There are giveaways planned: a Harley-Davidson motorcycle, bicycles and electronics.

Certain products that previously were sold at the Robinson Barracks combined exchange, such as linens, toys and outdoor-living products (grills, lawnmowers), now will be sold at the new store.

It was hoped that the exchange would be open by Christmas, but was not meant to be. Muslin said it takes several months to prepare a store after the contractors finish building it.