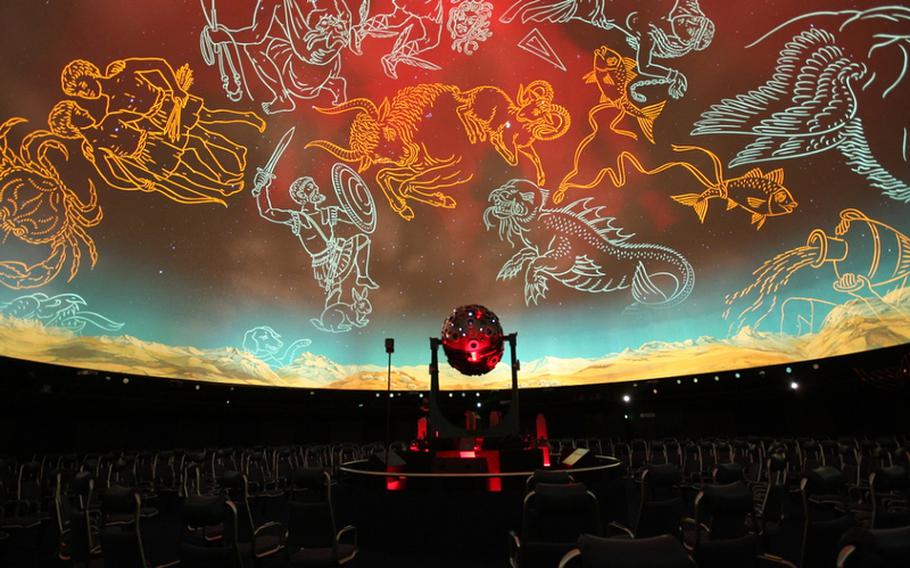 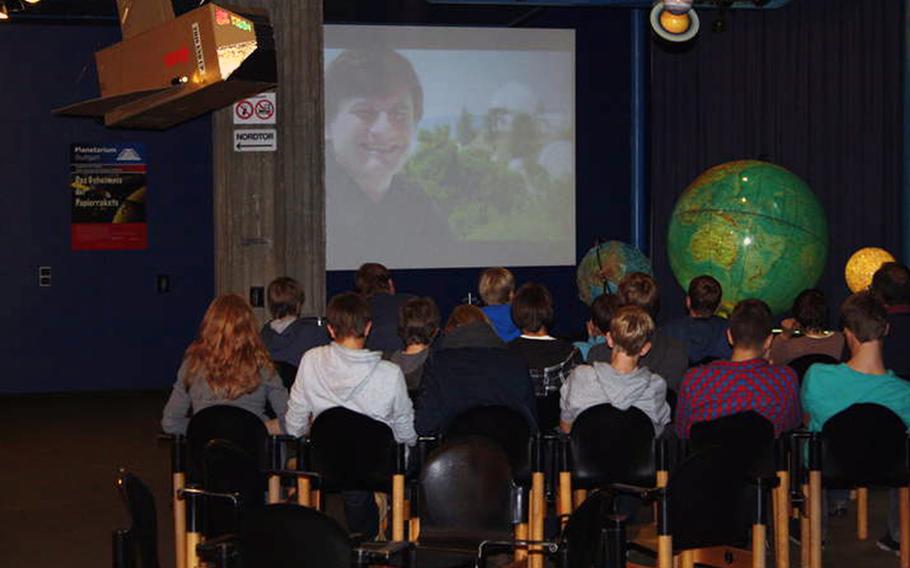 Buy Photo
The planetarium offers special instruction programs for groups, including school groups. However, reservations must be made in advance for programs in English. (John Vandiver/Stars and Stripes) 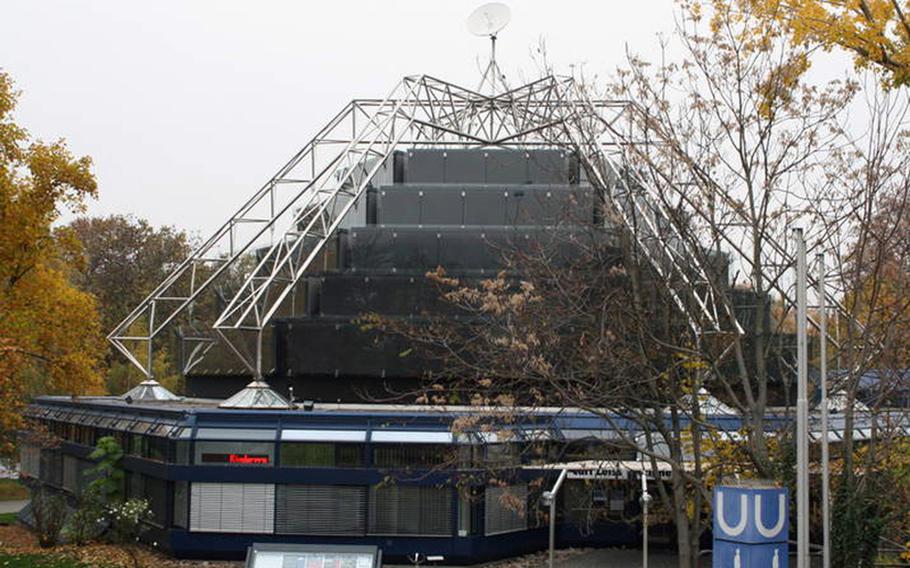 Buy Photo
The Carl-Zeiss Planetarium offers a host of programs to education people about the cosmos. If you ever wanted to locate the Big Dipper or your astrological sign in the sky, this is where you can learn how to do it. (John Vandiver/Stars and Stripes) I&rsquo;ve probably walked past the purplish pyramid in Stuttgart, Germany&rsquo;s Schlossgarten hundreds of times, but never bothered to venture inside.

Situated in Stuttgart&rsquo;s version of Central Park, the nearby beer garden has always been the stronger lure during my regular walks through the city&rsquo;s big green zone. Still, the planetarium is pretty high up on the list of things to do in Stuttgart, and I&rsquo;ve always meant to drop by.

So, on a recent overcast day &mdash; too early and too cold for a beer &mdash; I decided to drop in to learn a little more about the cosmos.

The Carl-Zeiss Planetarium offers a range of shows every day except Monday. The planetarium hosts several programs that give a close-up look at the night sky, pointing out all the important constellations hidden from the uninitiated eye.

Regular programs include an introduction to the cosmos and &ldquo;Starry Night,&rdquo; which teaches all about the constellations and how the sky shifts from autumn to spring.

However, for English-only speakers, there is a hitch. When I inquired at the information counter whether headsets with English translation were available, I was told that it was German-only. English-language presentations and lectures are available for groups only, and advanced reservations must be made.

But for 6 euros, I figured I would give it a try anyway. Though I&rsquo;m far from fluent in German, I still managed to get something out of the program. That had less to do with my weak German and more to do with the great visuals.

The planetarium&rsquo;s dome is transformed, accompanied by spacey-sounding music, into the kind of crystal-clear night that&rsquo;s impossible to experience in a place like Stuttgart or any other city.

It reminded me of the night skies I saw during a reporting trip to Afghanistan a couple of years ago. Unschooled as I was then in astronomy, I marveled at all the stars, but had no idea what I was looking at. With my visit to the planetarium, I can look at the night sky a little differently now.

The show I saw started by highlighting the Big Dipper. From there, the program identifies other well-known constellations such as the Great Bear, Orion and Andromeda, as well as all the zodiac configurations popularized by astrological signs.

While the detailed scientific explanation about the composition of those faraway stars was lost on me, the visuals alone were enough to make my trip worthwhile. Before, I had no idea how to find the Big Dipper in the sky. I do now.

From Stuttgart&rsquo;s main train station, follow the exit signs for the Schlossgarten. The planetarium is about a 500-meter walk. There is also limited parking nearby along Willy-Brandt Stra&szlig;e, near the Staatsgallerie, the large art museum across the street from the planetarium.

Shows times vary, but are held between 10 a.m. and 8 p.m. The planetarium website maintains a schedule of events. The facility is closed Mondays.

6 euros for adults and 4 euros for students. The shows usually last one hour.

There is a beer garden nearby and other cafeswithin walking distance.

For an English-speaking program, advanced reservations must be made. Field trips for school-age students also are available.