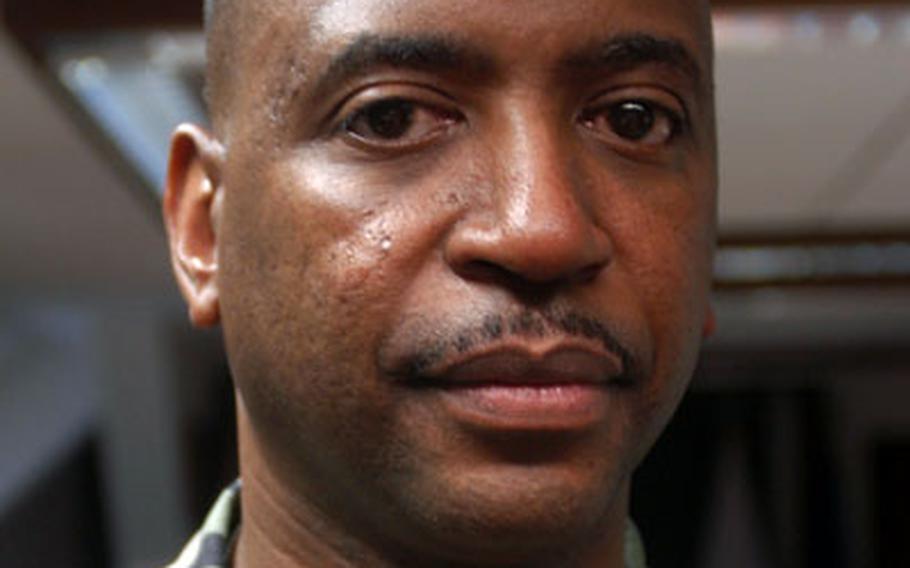 STUTTGART, Germany &#8212; A military with only well-paid officers and forced-to-serve troops has a lot of holes in it compared to the way the U.S. military operates.

As the United States tries to build alliances around the world with whom to fight wars if necessary, the U.S. military wants its allies to have those holes filled by sharp sergeants major who have the ear of both the generals who make crucial decisions and the troops who have to execute them.

If all the allies are on the same page militarily, they can better fight enemies such as terrorism and oppression, according to Marine Sgt. Maj. Alford McMichael, senior enlisted adviser for Allied Command Operations, which is co-sponsoring this week&#8217;s International Senior NCO Seminar in Garmisch, Germany.

The goal, McMichael said, is to help generals from allied nations make better decisions by getting input from sergeants major who are up to speed on weapons of mass destruction, cultural differences and other subjects.

Twenty-six top noncommissioned officers from 14 nations will be attending, along with McMichael; Command Sgt. Maj. Michael Bartelle, senior enlisted adviser for the U.S. European Command, which is co-sponsoring the seminar; guest speakers from the George C. Marshall European Center for Security Studies; and unannounced &#8220;distinguished visitors.&#8221;

The NCOs are coming from long-standing U.S. allies such as Italy, Canada, the Netherlands, Germany and Spain, as well as newer allies such as Bosnia and Croatia, where military service used to be mandatory.

In some nations, that caused information gaps between the generals and the rank-and-file soldiers, Bartelle said.

Since the top NCOs from these nations will be advising their respective defense chiefs and top commanders, they need up-to- date information on world topics, he said. The seminar will include lectures, break-out groups and time for questions and answers, he said.

&#8220;Everybody should be focused on the global war on terrorism,&#8221; Bartelle said. &#8220;If we can give them the skills and knowledge to battle terrorism in their own quarters, then U.S. participation can be minimal.&#8221;