Stuttgart fight night is back 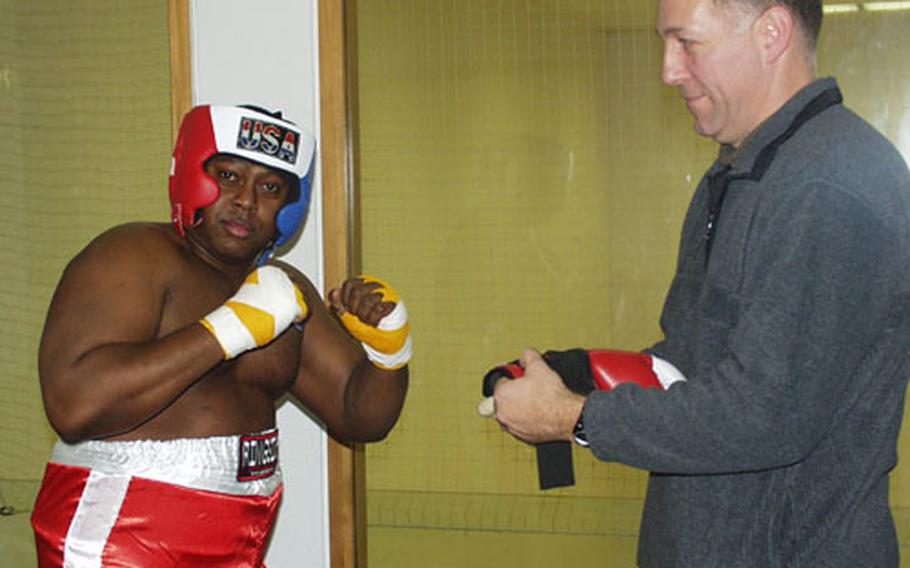 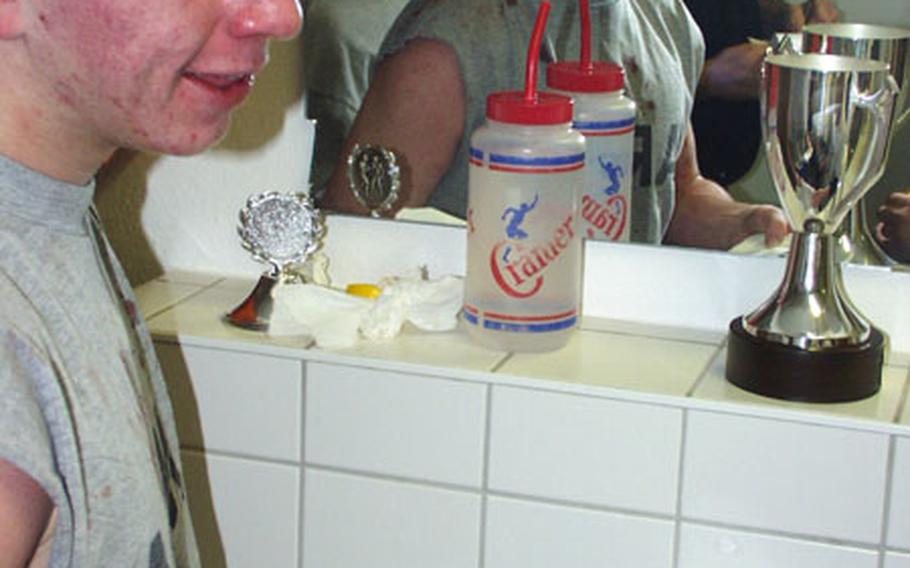 STUTTGART, Germany &#8212; Fight night in Stuttgart was short, sweet and bloody Saturday, but spectators and fighters were still satisfied.

&#8220;It was great. A little rough, but great,&#8221; Army Pvt. Kenneth Busby, a military policeman, said as he cleaned up the blood dripping from his nose.

Busby lost his bout, one of three Saturday-night fights in the Patch Barracks gym, to Army Pvt. Philip Clash, a first-time boxer.

This was the first time in several years the Stuttgart community hosted a boxing night, said Jeffrey Pollard, a sports specialist for the 6th Area Support group who helped organize the event.

About 250 people packed the gym, paying either $5 for ringside seats or $3 to sit in the bleachers, and Pollard said boxing would probably become a more-regular event in the Stuttgart area. Another fight night is planned for March.

Although at one point 16 military members had registered to box, come fight night, there were only enough people for three bouts.

Pollard said deployments, particularly by members of the 1st Battalion of the 10th Special Forces Group stationed outside Stuttgart, pared down the card.

And one of the three bouts was stopped within seconds after one of the fighters, Army Master Sgt. Sam R. Tidwell, assigned to the 1st of the 10th, appeared to have twisted his knee.

Clash, who defeated Busby in the second bout, said he decided to box after other soldiers egged him on, alleging he couldn&#8217;t &#8220;go the distance.&#8221; Boxers fought four one-minute rounds.

&#8220;I just wanted to see what I could do,&#8221; said Clash, who was trained by his fellow soldiers for the fight. He said the key to his victory was adhering to his training.

At least Clash, unlike the winner of the final bout, which was stopped after Tidwell hurt his leg, had some practice.