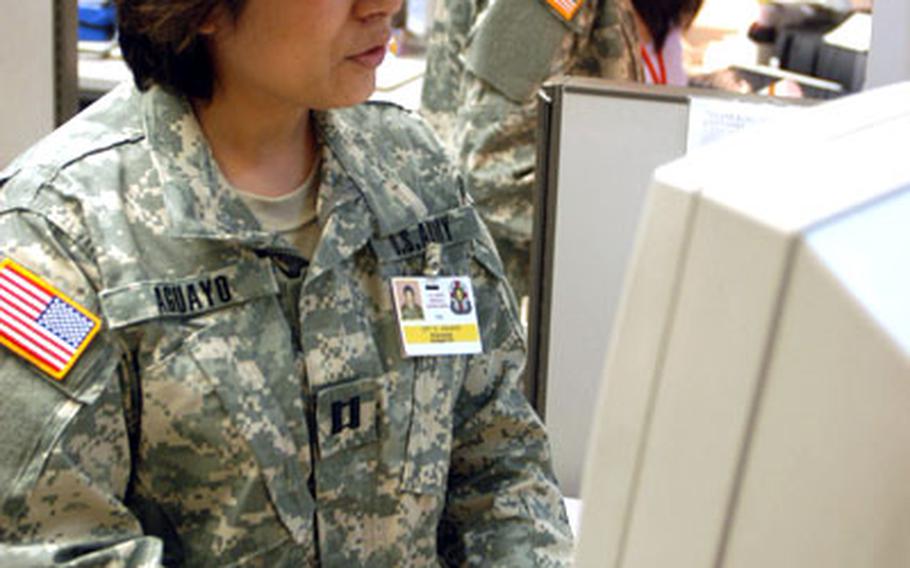 Some were cancer patients, some heart patients; others were simply looking for advice on where to find a good nip-and-tuck doctor on the German economy.

Yet up to 11 workers at a time rubbed elbows inside the little building behind the Army health clinic on Patch Barracks, helping patients with money issues and other sensitive needs.

The clinic on Monday began expansion of its service and pharmacy areas. For those who crowded into the little metal container, or who jammed into the pharmacy, the new digs will provide more elbow room and privacy on both sides of the counter.

The project is estimated to cost up to $1.5 million and is scheduled to be finished by Christmas, according to Mark Wentink of the U.S. Army Corps of Engineers.

Seven years ago, a metal container was placed behind the clinic. It has old linoleum on the floor that is partially covered by squares of stained, gray carpet, and wires hang from the ceiling.

About 40 customers per day come through the building, seeking help with Tricare insurance paperwork and with German doctors whose mannerisms and shortcomings with the English language sometimes frustrate patients.

Employees such as Sipley and Bridget Schaff work to make sense of it all for their active-duty military civilian and retiree customers.

The Tricare staff was recently moved temporarily to Panzer Casern in B&#246;blingen, which loosened up space inside the container but eliminated one-stop shopping. The new space will again bring everyone back under one roof.

The major U.S. hospitals in Germany are located in Landstuhl, Heidelberg and W&#252;rzburg. Most patients in Stuttgart are referred to German doctors.

The Patch pharmacy is equally crowded.

From inside a 20-by-15-foot room that looks more like a storage closet, three pharmacists or assistants jostle to fill more than 200 prescriptions per day. The line to get into the pharmacy often reaches out into the hallway.

The chief pharmacist doesn&#8217;t have an office from which to order medicines and conduct other business.

Still, the wait at the Patch pharmacy isn&#8217;t as long as at some bigger hospitals, Horak said. But it can be uncomfortable.