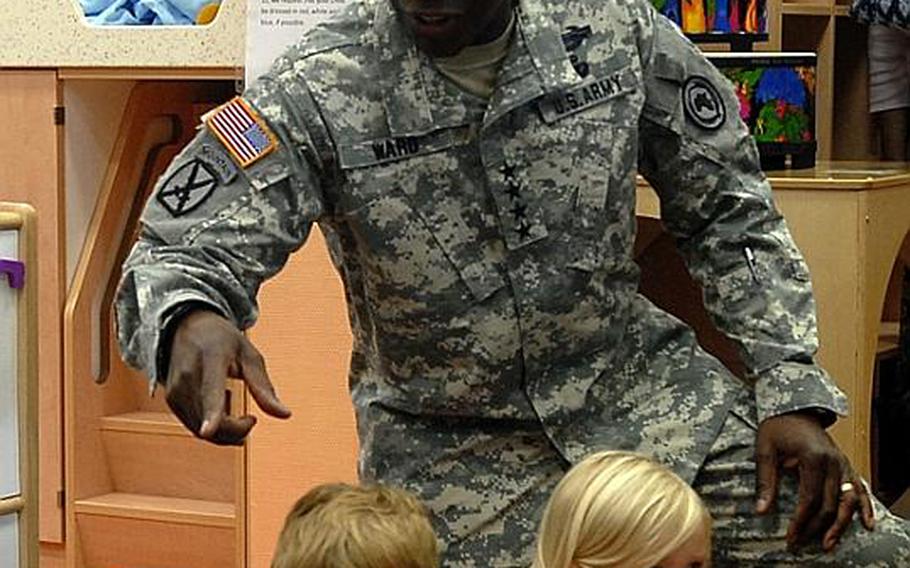 STUTTGART, Germany &#8212; A $5 million Child Development Center opened Monday at the U.S. Army Garrison in Stuttgart, where the high demand for daycare has challenged the garrison&#8217;s ability to accommodate the needs of its military community.

The new facility already has 83 students enrolled, and attendance is expected to grow to 100 in the months ahead.

Within the next couple of months, child care centers also will open in Landstuhl, Wiesbaden, and Ansbach, he said.

A shortage of CDC staff and facilities has long been an issue for many overseas military communities.

The Stuttgart center opened at Kelley Barracks, which hosts U.S. Africa Command. In recent years, the influx of personnel to support the new command has increased demand for services such as child care. In the past three years, the U.S. Army Corps of Engineers has poured more than $70 million into construction and renovation projects at the post, where AFRICOM&#8217;s staff of roughly 1,300 work.

AFRICOM commander Gen. William &#8220;Kip&#8221; Ward said the hope is that the new CDC will give more peace of mind to working families.

&#8220;The entire Stuttgart community benefits from this facility,&#8221; Ward said at the opening ceremony Monday.