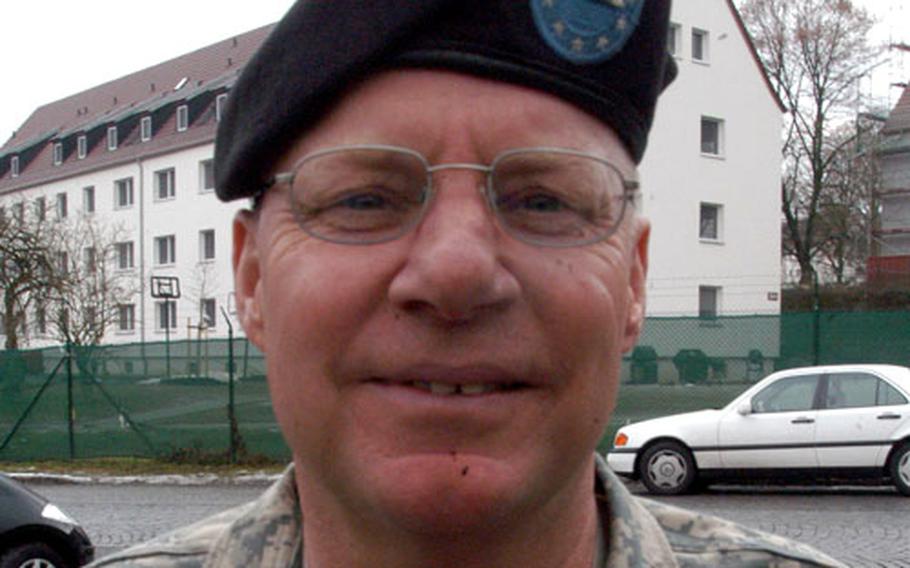 Army Col. Brian Perry’s essay on a special operations mission in Afghanistan has been selected for publication in an upcoming book on letters from the war front. (Charlie Coon / S&S)

STUTTGART, Germany &#8212; It can be hard to describe the excitement, boredom and fear of life in a war zone.

Sometimes it&#8217;s easier just to write it down.

Army Col. Brian Perry is better at writing than most. One of his essays, on the start of a special operations mission in Afghanistan, has been chosen to help kick off an upcoming book on war correspondences.

The book, tentatively titled &#8220;Above and Beyond,&#8221; is scheduled to be published in September. The writings are not by reporters, but by the people in the fight and their loved ones back home.

Perry&#8217;s essay describes his journey through various airports and finally onto an MC-130, a small cargo plane, which delivered himself and another officer to a remote runway in Afghanistan.

As the two men stood in the darkness, about to start a mission just weeks after 9/11, Perry described the wait:

&#8220;Above, a million stars shone. The sight was overwhelming. In that moment, briefly but dramatically, I felt totally alone but surprisingly at peace. I knew I was where I was supposed to be.&#8221;

&#8220;It was two o&#8217;clock in the morning by the time we were finally picked up and taken to the support base, which was not really a base at all, just an old bullet-riddled roofless building.&#8221;

&#8220;Above and Beyond&#8221; is the third in a series of books edited by Andrew Carroll on personal correspondences during wartime.

The first, &#8220;War Letters,&#8221; is a series of letters by troops, spouses and others from the American Civil War through 9/11. The second book, &#8220;Behind the Lines,&#8221; includes more letters by American troops as well as ones written by non-American war fighters.

&#8220;Above and Beyond&#8221; will focus on the current wars in Iraq and Afghanistan and includes photos, poems, e-mails, blog-snippets and other written thoughts.

&#8220;For the most part, they wrote this without any self-consciousness that it would be read on a wide scale,&#8221; Carroll said. &#8220;These are private memoirs, writing just for themselves, to get these emotions and these thoughts down on paper.&#8221;

Perry started big as a writer. In 1999, his publishing debut came with a 275-page book, &#8220;Algiers Point: A Shocking Story of Murder and Corruption in the New Orleans Police Department.&#8221;

The 50-year-old Perry felt flattered by his selection, just as any writer might.