Stuttgart bands battle it out for performance supremacy 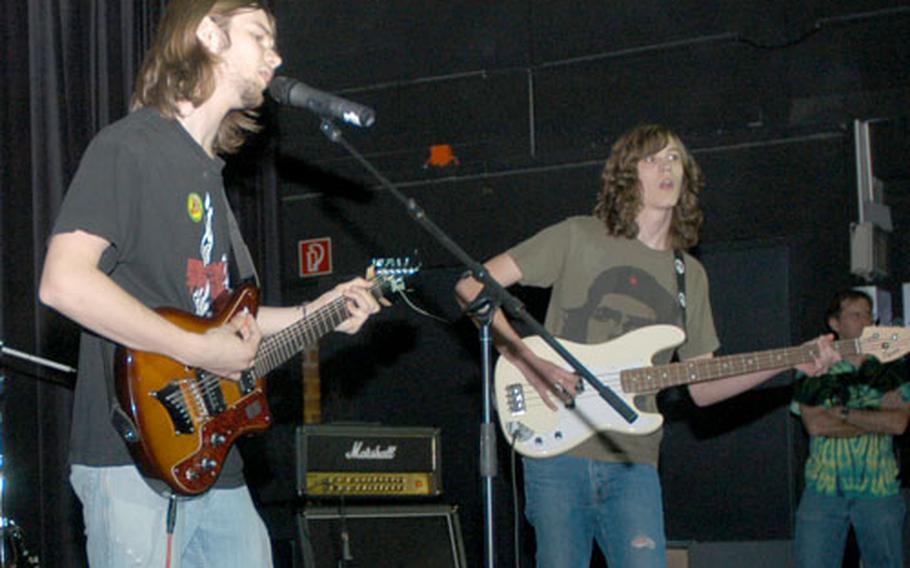 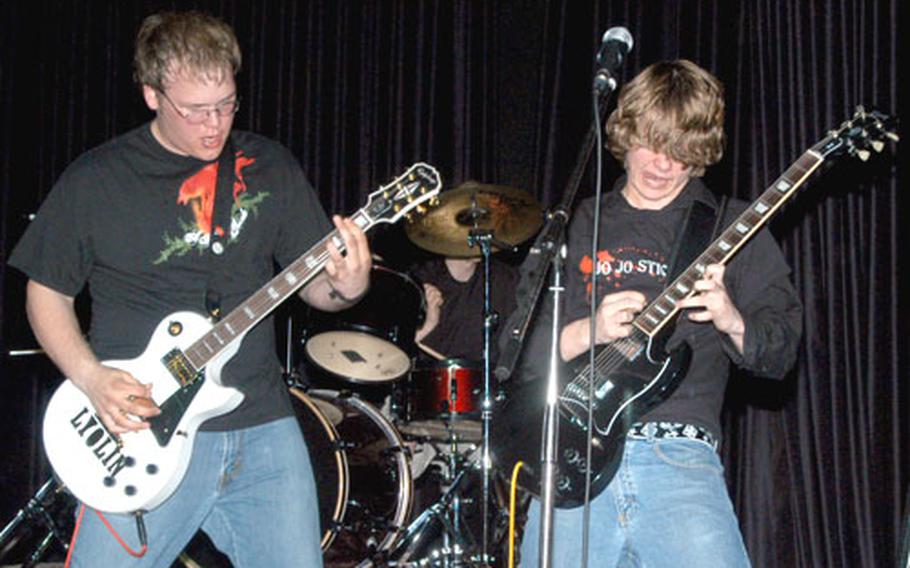 STUTTGART, Germany &#8212; Like many rock bands, Kingsley comes from a humble background.

And like the other five bands in the event, the members of Kingsley were influenced by their rock forefathers, not to mention their fathers. The bands plowed through selections by Nirvana and the Red Hot Chili Peppers, and there wasn&#8217;t a trace of hip-hop.

Daniel said he grew up listening to the Allman Brothers Band, because that&#8217;s what his father played on the stereo.

But he added that if his dad had instead played Abba, he probably wouldn&#8217;t have grown up to like Abba.

Kingsley, a three-piece that also includes Chris&#8217; brother, bassist Harrison Daniel, and guitarist Sascha Gray, impressed someone at the battle.

Turns out they&#8217;ll be warming up for something called the Grilled Strings Band. But they vowed to return to their panhandling roots in the near future.

Jo Jo Sticks, a four-piece band that played all original music, seemed to be the favorite going into the event. They were going to play last, and they had their own T-shirts ($8 each).

They even had a manager with a van.

Thai Confluence finished third. Amadeus, Menusha and The Unforsaken also were on the bill.