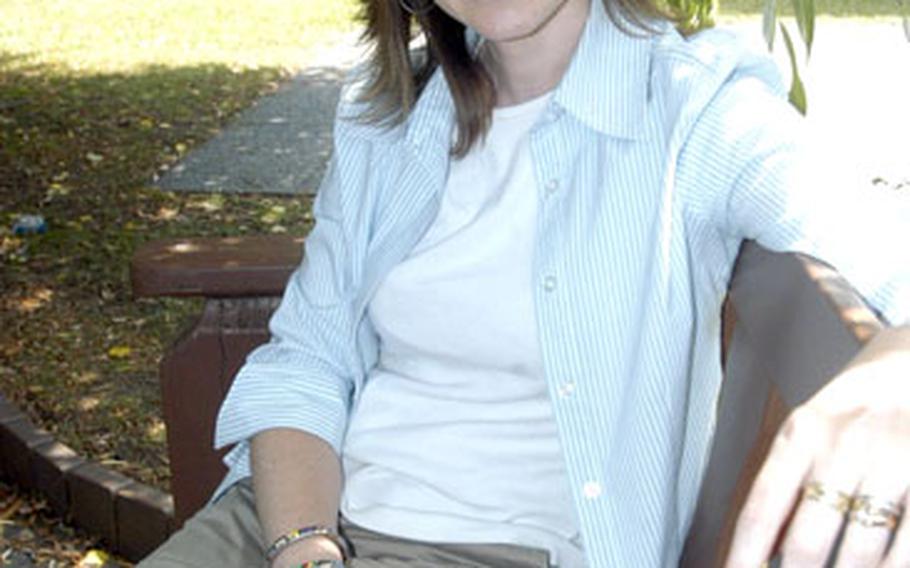 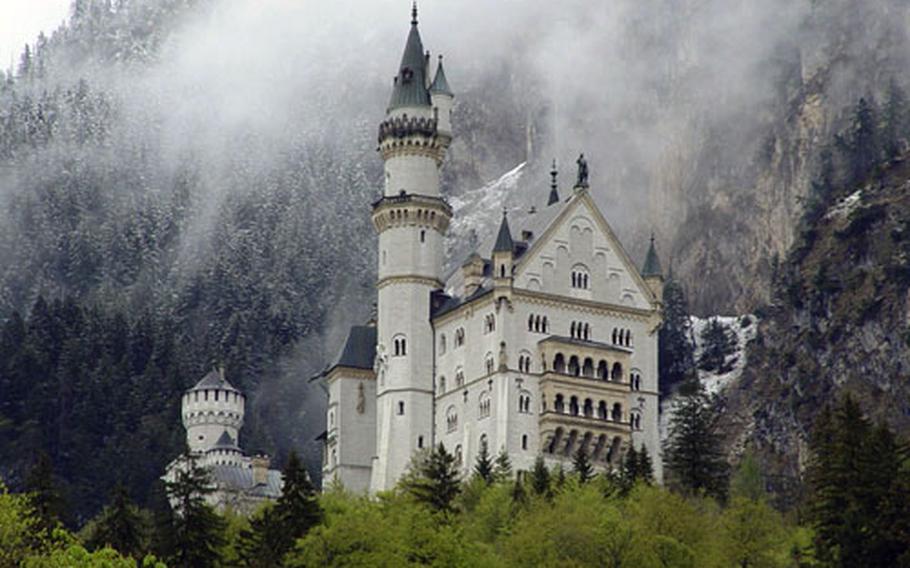 Neuschwanstein castle in the clouds in the Bavarian Alps, one of the sites Vicki Landes photographed for her book. (Courtesy of Vicki Landres)

STUTTGART, Germany &#8212; Bored with barracks? Craving something besides another Double Whopper at the food court? You might want to take a page out of Vicki Landes&#8217; book.

Or maybe even the whole book.

So instead of holing up at Patch Barracks, which can be a bubble-like in its own right, Landes has embarked on a mission to become a consummate traveler.

Her book is an inch-thick collection of postcard-quality photos from sites that are both famous and off the beaten path, accompanied by creative writing that tries to transport the reader into the scenes.

Like a lot of young couples, Landes and her husband, Sgt. Robert Landes of the 560th Military Police Company, don&#8217;t have a lot of time. But when one lives in Europe, she says, not a lot of time is needed.

Baden-Baden, the Bodensee, the Ulm cathedral are day trips from southern Germany, she noted. Folks without a car get there by train. Weekends in Berlin and Prague are doable.

For many young troops, their first exposures to travel possibilities in Europe are found at their local USO, outdoor recreation or morale, welfare and recreation office.

Landes said her grandparents suggested she compile a book after their inbox became overflowing with photos and letters about her travels.

Robert Landes, on the other hand, couldn&#8217;t care less about old cathedrals. But he&#8217;s happy that Europe is a gold mine for his pastime: studying military history.

His top picks for military buffs: The American Cemetery at Normandy, military museum in Diekirch, Luxembourg, and Bastogne battleground. While in Berlin, Landes broke free from his wife and 7-year-old son, Brady, for a quick trip to the nearby Sachsenhausen concentration camp.

Vicki Landes, who works at the U.S. European Command&#8217;s directorate for logistics and security assistance, has come a long way from Kansas City, Mo. She&#8217;d never been outside the U.S. when her husband got his orders for Stuttgart.

Vicki Landes had hoped Robert would be sent to nearby Fort Leavenworth, Kan. Instead, in early 2000, the young bride and her new baby flew to Germany.