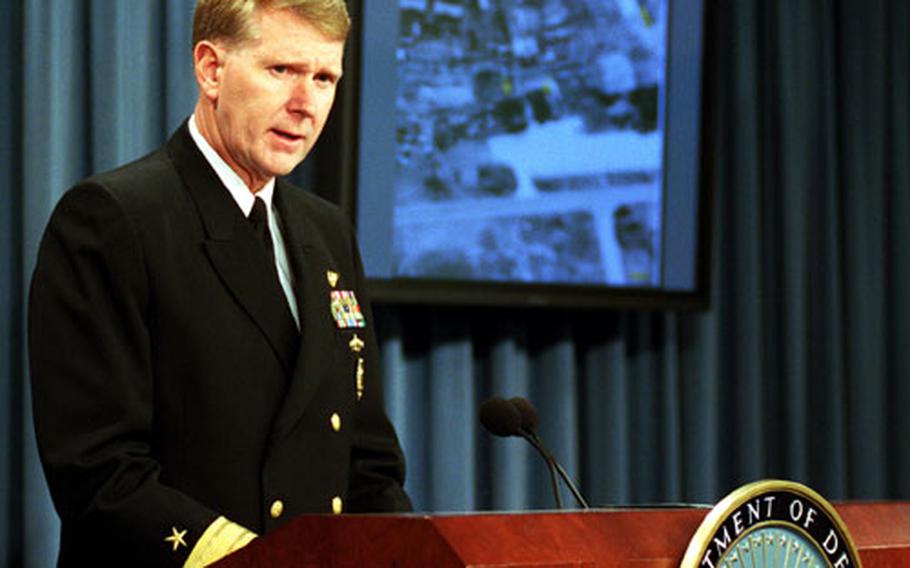 A former enlisted deck seaman and Detroit Lions punter was recently nominated to receive his third star and take over command of the Gaeta, Italy-based 6th Fleet.

Rear Adm. John D. Stufflebeem, a 1975 Naval Academy graduate, will replace Vice Adm. Harry Ulrich III, although no date has been set for the change.

Stufflebeem enlisted in the Naval Reserve in 1969, serving as a deck seaman before entering the Naval Academy in 1971. His football prowess on the academy team earned him the nickname &#8220;Boomer&#8221; and a spot with the Detroit Lions&#8217; reserve list from 1975 to 1979 as a punter and tight end.

Choosing the Navy over the National Football League, Stufflebeem has since commanded Fighter Squadron 84, Carrier Air Wing 1, and Carrier Group 2. He also served as the military aide to President George H.W. Bush.

In addition to taking over 6th Fleet, Stufflebeem will also assume command of NATO&#8217;s Joint Command in Lisbon, Portugal, and Strike Force NATO.

He will move to Europe from Washington, D.C., where he serves as the assistant deputy chief of naval operations for Information, Plans and Strategy, N3/N5B, Office of the Chief of Naval Operations at the Pentagon.