Stuffed and ready to serve — the 'Staff Sergeant Thompson bear' 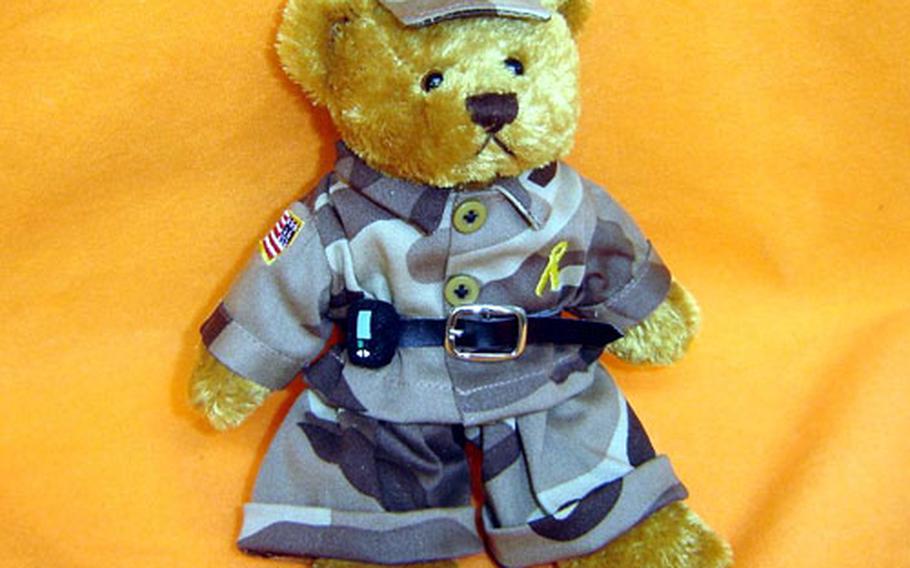 The American Diabetes Association will unveil its newest stuffed teddy bear this week at its annual conference in San Diego. Dressed in desert cammies and sporting an insulin pump, &#8220;Staff Sergeant Thompson Bear&#8221; is modeled on Sgt. 1st Class Mark Thompson (he was promoted last week &#8212; the soldier, not the bear), the 1st Infantry Division career counselor who is diabetic.

The group&#8217;s chief executive officer, Lynn Nicholas, pitched the soldier bear idea and invited Thompson to speak at the conference after reading a Stars and Stripes profile of him last fall. She said ADA had sold holiday-themed bears before, but never one modeled on a real person.

Thompson has been working with the bear&#8217;s designers to make sure the uniform looks right. He also will work in a booth selling the bears, which are $10 apiece. His wife, Beth, and little boy, Kyle, 2, will help him.