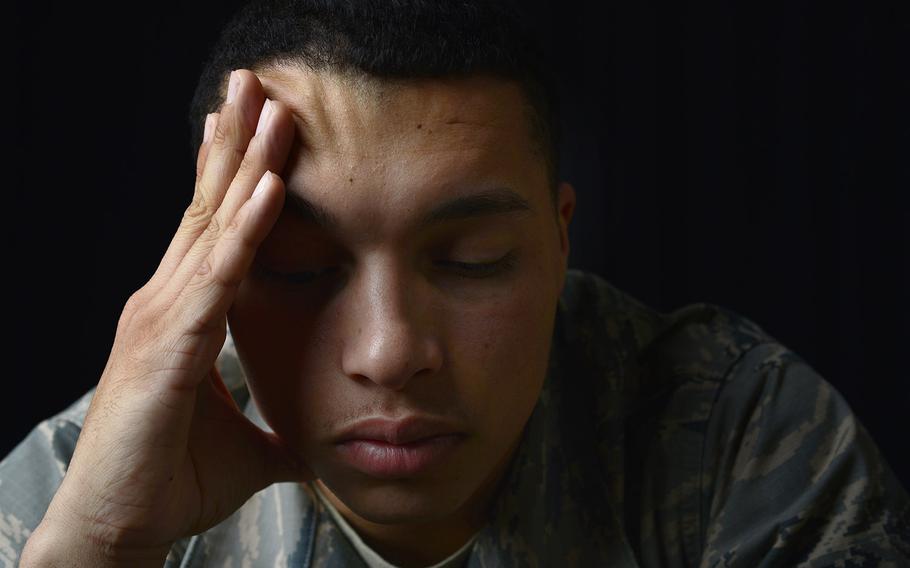 WASHINGTON — The good news: A prevalent six-week PTSD treatment that is proven to help reduce symptoms or eliminate the diagnosis in civilians also works for active-duty servicemembers, according to a study published Wednesday in JAMA Psychiatry, the weekly journal from the American Medical Association.

The bad news: The rates of success in the six-week treatment were lower among the servicemembers.

The study compared results of one-on-one versus group cognitive processing therapy for participants at Fort Hood in Killeen, Texas. It found that the improvement rate was higher for those who received individual therapy. Nearly 50 percent of those individually treated and nearly 40 percent of those in group sessions were no longer diagnosed with PTSD.

“I think the fact that we can treat them and we can treat them fairly quickly is news,” said Patricia Resick, a psychology professor at Duke University School of Medicine and creator of the therapy, who was lead author on the study. “Some people think you have to go to therapy for years to address PTSD. But in this large-scale clinical trial with CPT, we saw a large percentage of patients show significant improvements and even recover from PTSD in a matter of weeks.”

Resick created cognitive processing therapy in the 1980s to treat rape and interpersonal trauma victims. Unlike prolonged exposure therapy, during which the patient relives the trauma again and again to recondition his or her response, cognitive processing therapy conditions a person to relearn the way they think about or respond to the trauma — guilt, anger, helplessness — so they can look at it differently.

A 2012 study found 80 percent of civilians were no longer diagnosed with PTSD after receiving the six-week treatment.

Though the treatment is being used by the Departments of Defense and Veterans Affairs, this was the first large-scale trial involving active-duty members and offers a first clinical look at the effectiveness of the treatment on this population.

The study is part of a series of research trials related to combat PTSD being conducted by a South Texas-based international consortium of institutions known as the South Texas Research Organizational Network Guiding Studies on Trauma and Resilience, or STRONG STAR.

Alan Peterson, the director of the consortium and a psychiatry professor at University of Texas Health Science Center San Antonio, said the study was a starting point for military adaptation of the treatment.

“This study shows that CPT is effective, but it still needs to be adapted and tailored in ways that increase its effectiveness in combat-related PTSD so that more patients can recover,” he said.

PTSD is one of the most prominent injuries of servicemembers from the Iraq and Afghanistan wars, often coupled with brain injuries from blasts. In the trial, 67 percent of the participants also suffered traumatic brain injury, Resick said, and the trial was adaptive to address their needs.

If participants had memory trouble, therapists gave them reminders; if they were having cognitive troubles, they would be given easier worksheets. Servicemembers who abuse alcohol were allowed to participate in the trial. The only exclusions were servicemembers who were suicidal, homicidal or psychotic, she said.

The trial studied the treatment of 268 active-duty military members at Fort Hood for two years. Half were sent to group therapy for 90 minutes twice a week for six weeks, and half received individual therapy for 60 minutes twice a week for the same period. While 155 participants completed the therapy — 72 in group and 83 individual — all 268 who signed up were included in the study’s findings, which skews the results lower than they actually are, Resick said.

Patients were evaluated before, during and six months after the treatment on what PTSD symptoms they had and how severe they were. Those include nightmares, intrusive thoughts, being easily startled. About half improved so much that they no longer met the criteria for a PTSD diagnosis, Resick said, but many still had symptoms, including sleeping problems.

They were also measured for depression and suicidal thoughts — conditions associated with PTSD — and the study found that both groups improved in those areas.

Researchers are looking at why results were not as successful as with civilians. Resick questioned whether gender was a factor -- the civilian studies involved mostly female rape and domestic abuse victims versus the mostly male PTSD sufferers in the Fort Hood study.

Another factor: more of the soldiers at Fort Hood had to drop out — due to moves or military tasking. She said that while 50 percent lost their diagnosis, many more saw a reduction in symptoms.

“If you are not having nightmares every night anymore, or you are not avoiding people, that changes the quality of life,” she said. “So I am much more interested in improvement than I am in a full diagnosis.”

She also said that this quick, lasting treatment holds promise for individuals and the military as a whole. If servicemembers can heal from PTSD in months, instead of being medically discharged, they can remain in the force and continue along their career paths, she said.

Researchers plan to refine the therapy, possibly adjusting the time frame for military members. And STRONG STAR researchers also plan to evaluate the effects of substance abuse and traumatic brain injury on the outcome of the therapy.