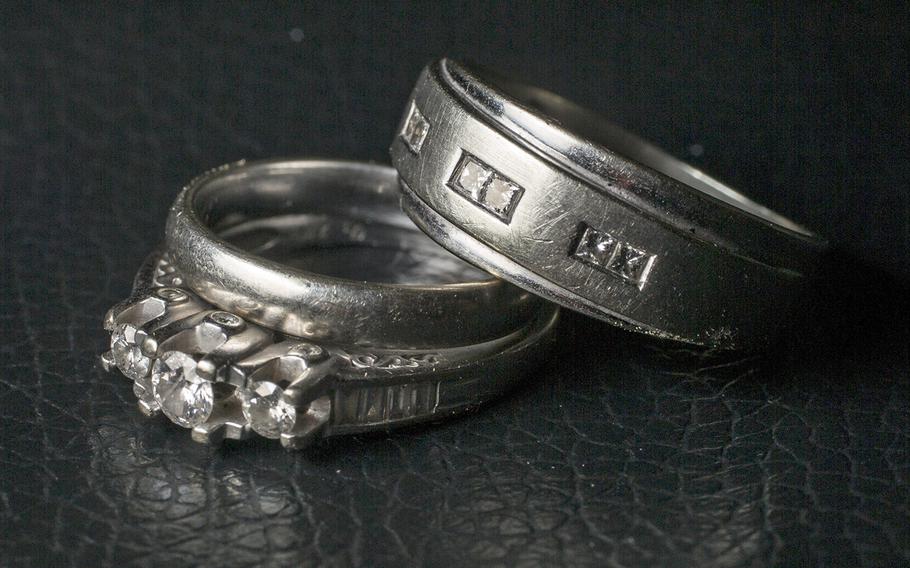 A photo illustration displaying wedding rings. A new study from the Department of Veterans Affairs and the University of Connecticut found that veterans who are married or are in a live-in relationship have a higher risk of suicide than their single counterparts. (Joshua W. Brown/U.S. Marine Corps)

WASHINGTON – Veterans who are married or in a live-in relationship have a higher risk of suicide than their single counterparts, according to a new study from the Department of Veterans Affairs and the University of Connecticut.

“It certainly makes sense when you think about it,” said Crystal Park, a psychology professor at the University of Connecticut and one of the co-authors of the study. “There are added pressures that come with maintaining a relationship and meeting household needs. People may have expectations when they’re away, and when they return it’s not what they imagined, the romance may not be there. It’s just the daily grind and that can drive up stress levels and increase feelings of despair.”

The study was funded by the VA and published in the Archives of Suicide Research.

According to the latest available data from the VA, an average of 20 veterans succumbed to suicide every day in 2014. The suicide rate for veterans is significantly higher than for civilians, and the difference for women is even greater. In 2014, 19 female veterans for every 100,000 died by suicide – more than 2 1/2 times greater than civilian women.

New findings published in this study confirmed VA statistics that show women veterans have higher risk of suicide than men.

Researchers also found older veterans — ones in their 40s and 50s — have higher rates of suicidal thoughts than veterans in their 20s. Veterans who are negative toward religion and spirituality are also at higher risk of suicide, the study concluded.

Even with changes in income, age and feelings toward religion, married veterans have higher suicide risk than veterans who’ve never been married.

Researchers created a high-risk scenario -- veterans who are 50-years-old, low-income and experience high depression -- and predicted how many experience suicidal thoughts or have attempted suicide, using findings from the survey. In that scenario, 41 percent of married male veterans struggle with suicidal thoughts or already have attempted suicide, compared to 27 percent of single male veterans.

For women, the difference between being married and single is even greater. In the same scenario — 50, low-income with high depression — 45 percent of married women veterans previously attempted suicide or had suicidal thoughts, researchers predicted, and 22 percent of single women veterans have.

The findings point to the need for gender-specific support options and more focus on helping veterans re-integrate immediately after military service, the study stated.

VA Secretary David Shulkin said recently that the agency will work with the Defense Department to put more focus on veterans in the first year after they exit the military. Earlier this month, President Donald Trump signed an executive order paving the way for servicemembers to be enrolled automatically into VA mental health care services.