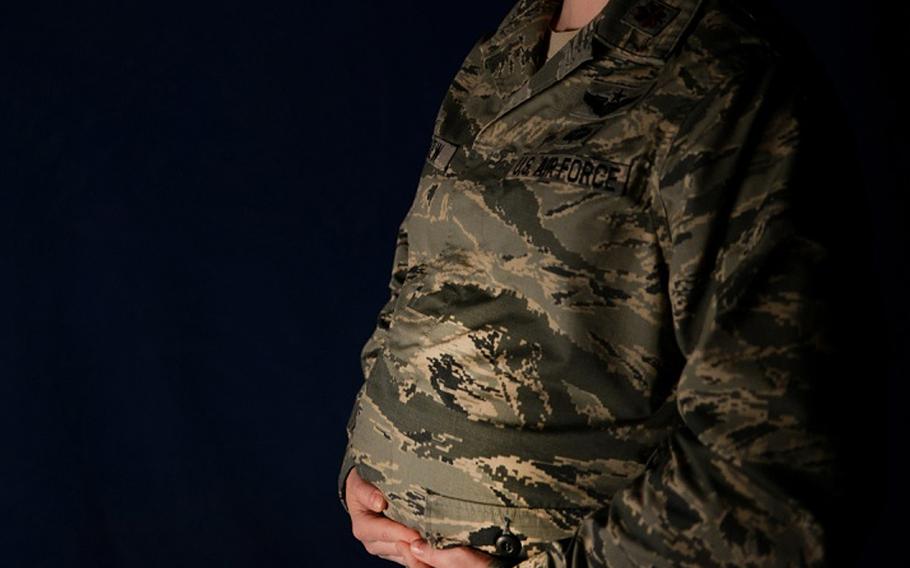 The U.S. military’s restrictive abortion policy has had negative effects on female servicemembers' health, careers, finances and emotional well-being, according to a study released this week.

The study — published Wednesday in the journal Perspectives on Sexual and Reproductive Health — conducted in-depth interviews in 2015 and 2016 with 21 women who had abortions while on active duty within the previous two years. The women, both officers and enlisted personnel, ranged from ages 19 to 34 and were in the Army, Navy, Air Force and Marine Corps.

Federal law allows military medical facilities to provide abortions only in cases of rape, incest or when a woman’s life is in danger. Tricare, the military’s health program for servicemembers and their families, covers abortions only for those same circumstances.

“Many of the women we spoke with had expected that the military would provide abortion care or at least counseling and had been surprised — and in some cases angered — when they were turned away,” said Kate Grindlay, co-author of the study and a researcher at Ibis Reproductive Health in Cambridge, Mass.

While a study of this type, based on interviews with a small group of women, can’t be generalized across the military, “it does speak to some common experiences that women do face,” Grindlay said.

The lack of awareness of the policy in some cases led to delays in care.

“For example, they went to a military treatment facility first, were turned away and then had to wait to book an appointment somewhere else — when they could have just done it from the beginning had they known the policy,” she said.

Experiences of active-duty women with abortion has been little studied, Grindlay said.

“More than one in seven servicemembers is female so it’s really critical that military personnel are receiving this information about reproductive health policies and services,” she said.

Many of the women interviewed “felt a lack of support from the military when they were seeking an abortion, often expressing that they felt abandoned or were left to navigate on their own during what is perhaps one of the most challenging times in their lives,” Grindlay said.

Most of the women talked about the difficulty of balancing the desire for privacy with a military institution that exerts far more control over individuals than does a civilian workplace.

Some women had to disclose their abortions to superiors because they needed time off or had to explain obvious side effects of the procedure.

In other cases, commanding officers learned of the abortions even though the women did not choose to disclose them.

After taking a pregnancy test at a military facility, one Air Force officer said her condition was reported to her chain of command via “a pregnancy code” on the paperwork.

“Her commander approached her with congratulations after finding out she was pregnant,” the study said.

Other women postponed abortions until they were able to travel outside the military sphere during leave.

“One woman, stationed in Guam, found out she was pregnant when she missed her period, and postponed her abortion until the end of the following month, when she was scheduled to return to the continental United States for planned leave,” the study said.

The women interviewed consistently brought up concerns about stigma and negative impacts to their careers if their pregnancies or abortions were made known.

An enlisted Air Force woman said, “I have seen people not necessarily get kicked out, but I have seen their careers affected by [abortion].”

One woman interviewed said a commander “told her she might have to change work assignments because he believed that her abortion might ‘permanently damage’ her body and that she might be emotionally unstable afterward.”

Few women who went to a military medical facility received counseling on options for abortion or referrals to clinics that could perform them, the study said.

Grindlay suggested such information could be disseminated at the same time medical personnel provide comprehensive contraceptive counseling, a requirement set by the 2016 National Defense Authorization Act.

The study also recommended that the military better educate servicemembers on its policy of limited abortions and improve confidentiality in military health services.