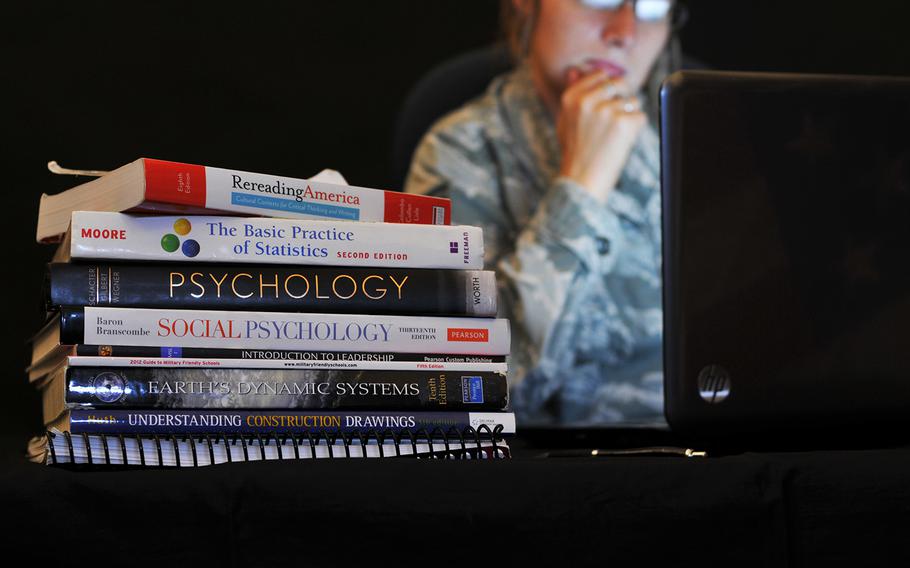 WASHINGTON — About 340,000 students attending school using the GI Bill received slightly smaller housing payments in August than they’re eligible for under federal law, according to the Department of Veterans Affairs.

Monthly housing allowances help student veterans pay for their housing costs, utilities and food. Veterans who started the 2018-2019 school year last month received incorrect payments caused by delays at the VA Office of Information and Technology with complying to new rules on how stipends are calculated.

The VA is still working to fix the problem, and officials have not said whether this month’s payments will be corrected.

In a letter this week to VA Secretary Robert Wilkie, 15 veterans groups described it as “an organizational and customer service failure at the highest level.”

“These incorrect payments are asking veterans, their families, and schools to bear the burden of VA’s problems,” the groups wrote. “They have left students and schools confused, with improper payments, and absent a clearly articulated timeline for when these issues will be fixed.”

Last year, Congress approved the Forever GI Bill, which included numerous changes to veterans’ education benefits. One change calls for calculating veterans’ housing allowances based on the ZIP codes of the campus where they attend classes, rather than defaulting to the main campuses.

Because of technology problems, the VA failed to meet an Aug. 1 deadline to implement the change. VA officials told lawmakers that it would be done by mid-August, but that deadline came and went, too, without a fix.

When the fall semester started, the VA sent student veterans their housing allowances based on 2017 rates. For about 340,000 students, that means they received payments that didn’t account for cost-of-living increases in 2018. According to the VA, the incorrect housing stipends were an average of 1 percent less than they should have been.

In Fort Collins, Colo., the difference between the amount veterans received and the amount they are entitled to receive was $138 per student.

Marc Barker, director of adult learner and veterans services at Colorado State University in Fort Collins, said student veterans are flooding his office with questions about the incorrect payments.

About 1,400 students at Colorado State are veterans who use VA education benefits. They’re adult students, and in some cases have mortgages and children, Barker said.

“Many of them have outside responsibilities, and they’ve made the transition back to higher education in good faith that their benefits will be delivered to them on time and accurately,” he said. “They’re counting on that. When that’s not happening, it becomes a barrier to their success in the classroom. They’re focused and worried about these things they shouldn’t have to be concerned about.”

The VA isn’t communicating with affected students, Barker said, and Colorado State hasn’t been able to receive concrete answers from the agency to share with students. If veterans at Colorado State receive incorrect payments again when housing allowances are disbused at the end of September, the school is prepared to pay the difference to each affected student in October, he said.

“They’re kicking the can down the road,” Barker said. “What we’re losing sight of is the impact on the students.”

The 15 veterans groups who wrote to Wilkie also charged the VA with not being upfront about the problems.

“It took several weeks into the current semester before any communication was sent to students, and schools have received little information beyond, ‘wait and see,’” their letter reads. “Transparency on what to expect and when to expect it, from all levels of leadership at VA, is critical to helping students and schools make informed decisions.”

On Wednesday, VA Press Secretary Curt Cashour said the VA is continuing to run tests on the new IT program that will be used to calculate housing stipends and will begin using it “as soon as possible.” Students who are underpaid will get that money back once the fixes are made, he said.

Elsewhere, some veterans are receiving payments that are too much because of cost-of-living changes from 2017. Cashour said the VA would not require students to pay back the excess amounts.

The 15 groups that wrote to Wilkie want reassurance.

“VA should strongly stress to students and schools that they will not bear any undue financial burden for [the VA Information Technology]’s delays,” they wrote.