Students test positive for coronavirus at DODEA schools in Bavaria 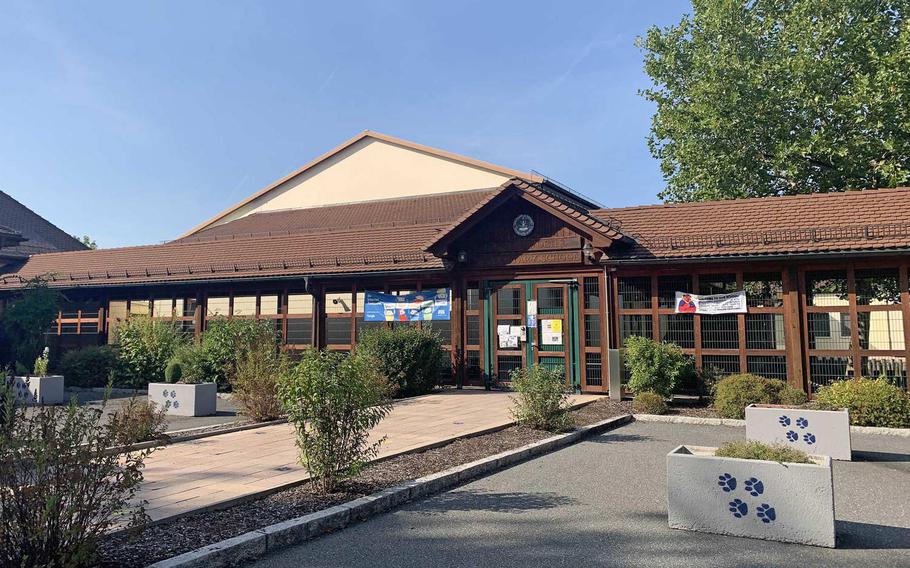 Buy Photo
Grafenwoehr Elementary School on Tower Barracks in Grafenwoehr, Germany, is seen September 14, 2020. The school was one of three DODEA-Europe schools in Bavaria, along with the elementary and middle schools at Netzaberg, where coronavirus cases were confirmed in September. (Immanuel Johnson/Stars and Stripes)

A handful of coronavirus cases were reported last week among students at Defense Department schools on Army bases in Bavaria.

Cases were confirmed at Grafenwoehr Elementary School on Tower Barracks and the elementary and middle schools at Netzaberg, Col. Christopher Danbeck told the U.S. Army Garrison Bavaria community in a video message posted on the garrison’s Facebook page last week.

Danbeck did not specify the number of cases but said the infected students had not been in school since Sept. 4.

“All children and families traced by the medical department have already been contacted and told to remain in their quarters or just to monitor their symptoms,” he said. “If you haven’t been contacted, you should be confident your kids are safe at these three affected schools.”

Some parents commented under Danbeck’s message that they received phone calls from their children’s schools notifying them of the situation. Others said they heard nothing from schools.

Department of Defense Education Activity officials in Europe and Washington did not respond immediately to requests for comment Monday.

The cases cropped up during a 14-day restriction of movement for soldiers of the Vilseck-based 2nd Cavalry Regiment after an unspecified number of troops tested positive for the virus.

The restrictions were ordered “to reduce the potential spread” of the virus and to test soldiers, said regiment spokesman Maj. John Ambelang.

Families were encouraged to limit all nonessential movement and activities while the soldiers were restricted, he said.