Students take a test of the elements up north 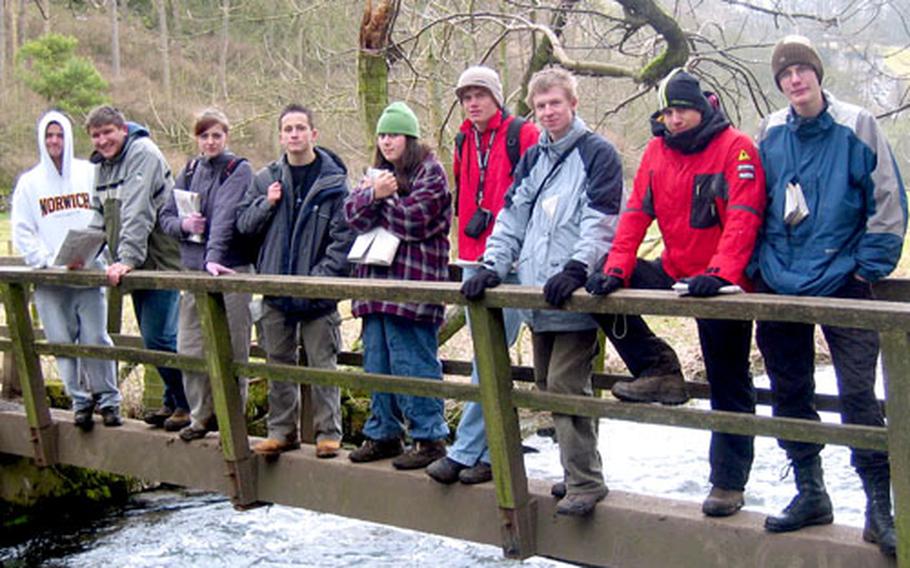 Members of the recent Menwith Hill-Slovenia-Alconbury Duke of Edinburgh’s Award trip to the Peaks District in northwest England pause during their expedition. (Courtesy photo)

Members of the recent Menwith Hill-Slovenia-Alconbury Duke of Edinburgh’s Award trip to the Peaks District in northwest England pause during their expedition. (Courtesy photo) 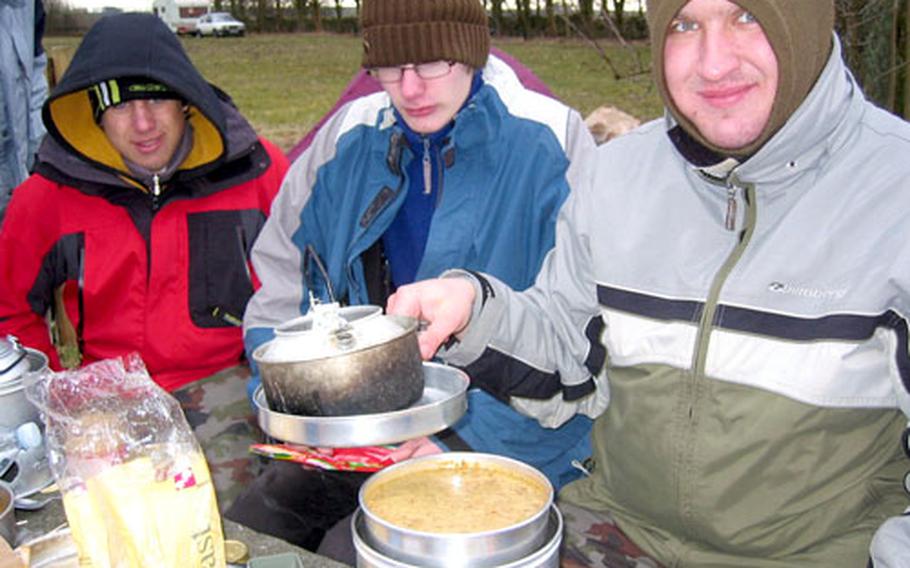 Slovenian students, from left, Rozle Bregar, 17, Anze Ancimer, 17, and Marko Kern, 18, huddle over dinner preparations after a long day on the trail in their Duke of Edinburgh’s Award expedition last month. (Courtesy photo)

Members of a recent three-day student expedition through the hinterlands of northern England said cold, snow and sore feet were the mainstay of a 30-mile trek to complete an extracurricular program called the Duke of Edinburgh&#8217;s Awards.

A kind of Scouts-meets-Outward Bound organization that combines community service, practical skills and outdoor survival experience, the DOE, as the students call it, requires members to go out several times a year and test themselves against the elements.

In mid-March, two students from RAF Alconbury, two from RAF Menwith Hill and five from a technical school in Kranj, Slovenia, joined up to perform the mid-level outdoor expedition, requiring them to hike through 30 miles of wilderness using only maps and a compass, eschewing the aid of instructors.

Participants can rise through three levels of achievement in the DOE program: bronze, silver and gold. The silver expedition required the nine students to brave the winter conditions of England&#8217;s Peaks District for three days and two nights.

It snowed on the first day, and students huddled together in their tents for warmth, they said. Though the weather improved on the second day, the temperature dropped even further, and many of the supplies &#8212; their water, their breakfast &#8212; froze.

But overall, the students made it to their checkpoints and campsites without major incident, said Carol Hudson, an educational cultural adviser at Alconbury High School and a guide on the trip.

There was also very little infighting among the students on which routes to take &#8212; a typical source of friction, said Shasta Oglesbee, 16, also from Alconbury.

The five Slovenian students were on board for the trip as part of an exchange with Department of Defense Dependents Schools, Hudson said.

The two groups first met in Slovenia last October for a similar trek, Hudson said, a practice expedition for the then-bronze-level DOE members ahead of this month&#8217;s expedition.

Reflecting on the England trip, DODDS students said they were impressed by the outdoor skills displayed by their European counterparts.

Oglesbee went further in her praise.

For their part, the Slovenian students said they enjoyed the walk through the British hill country, though they weren&#8217;t used to reading the English-style maps.

Eighteen-year-old Marko Kern said he would remember two things from the trip: &#8220;Cold and sheep.&#8221;

Students from both countries were unanimous about the best part of the journey, however: finishing it.