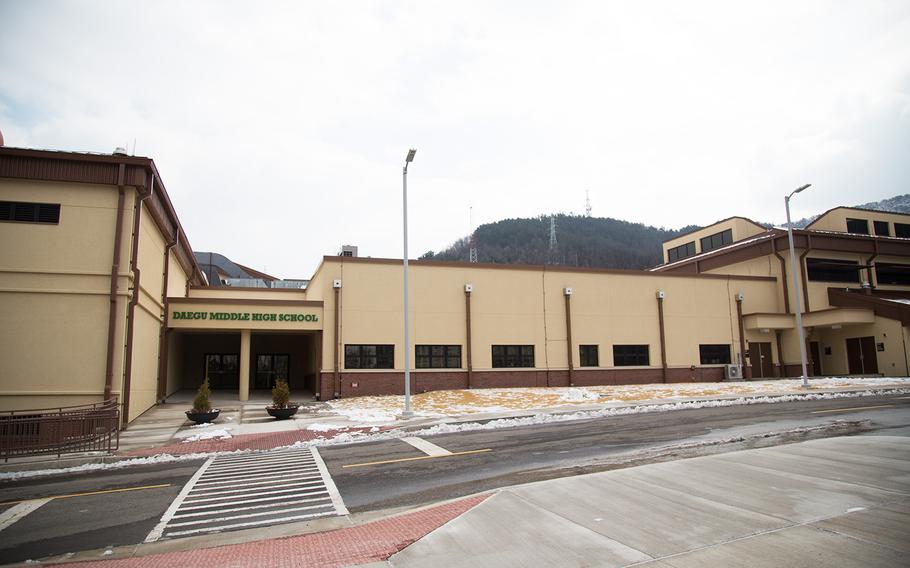 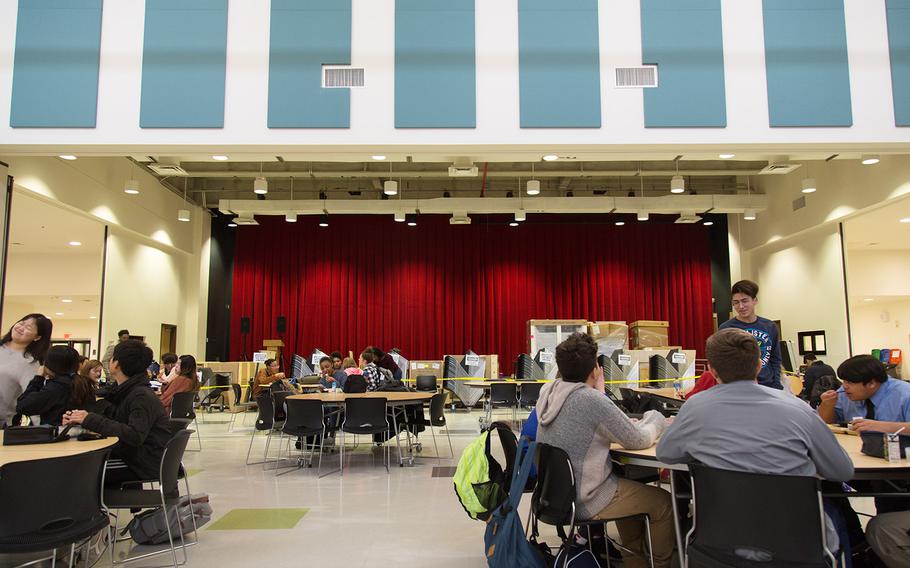 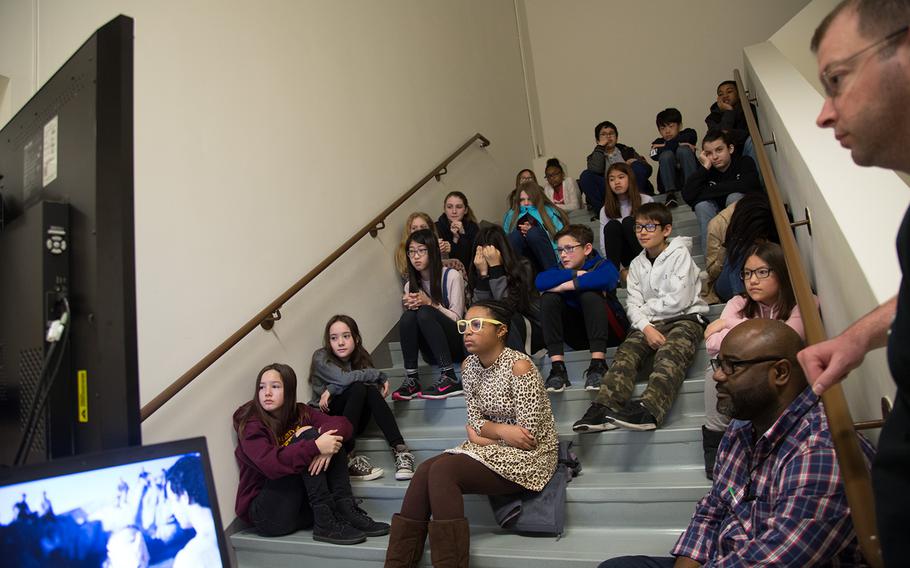 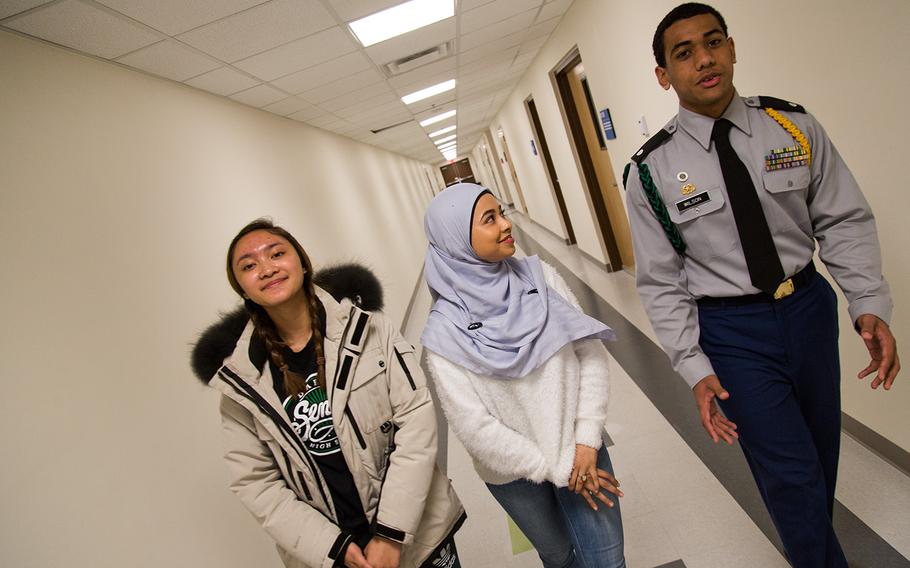 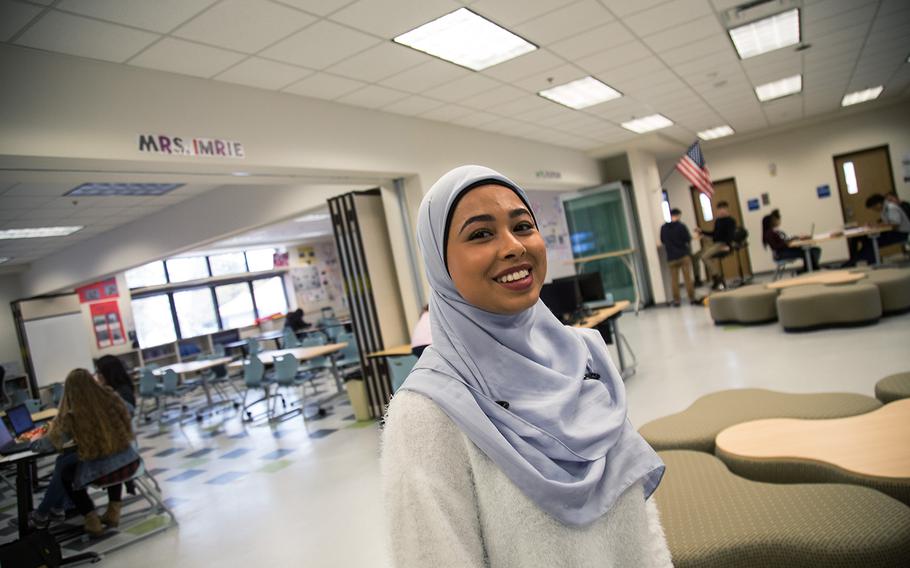 CAMP WALKER, South Korea – Wander the halls of the new Daegu Middle High School and a you might feel like you've stepped into the future.

One of several “21st Century” schools that the Department of Defense Education Activity opened recently in Korea, Japan and Germany, the $20 million, 299-student facility is a far cry from most people’s childhood memories.

Its open-air studio classrooms are a contrast to the refurbished barracks where kids learned at Camp Walker before the school opened last fall. The school is so new that, on Friday, part of the cafeteria was cordoned off and filled with equipment waiting to be installed.

“This school is way, way bigger [than the old school],” said senior Nurfatihah Melendez, 17, during a tour that showed off spacious music halls, robotics laboratories and an impressive JROTC wing.

“We had to use the base gym for all of our practices,” she said of life before the new school. “Our games would overlap with other activities.”

The open-air classrooms, which officials call “neighborhoods,” look a little like college lounges with wheeled equipment that’s easy to move. Four classes are connected with a central work space and study rooms. The classrooms encourage student engagement versus what principal Altorn Grade called “sit and get.”

Middle-school classes are divided by grade and high-school classes by subject. Teachers also have open, group workspaces that allow them to share ideas with other educators.

“We collaborate, sometimes, with other classes,” Ibit said. “We meet in the center and talk and work on projects. It gives us a sense a freedom and the ability to explore.”

Melendez loves the new system but thinks there's room for improvement. “When another classroom works on videos we can hear sound in our class,” she said.

Changes are already in the works.

“We found we needed to shut some of the walls [during certain classes],” Grade said, because music, video and other sounds from the classes, particularly foreign language classes were distracting others.

He said they're also looking at modifying the layout of some of the neighborhoods and even knocking out a wall to make their computer lab more open.

With almost a year in the books the students like the layout, Grade said, adding that sixth-graders were concerned when their classes reverted to a traditional setup for assessments.