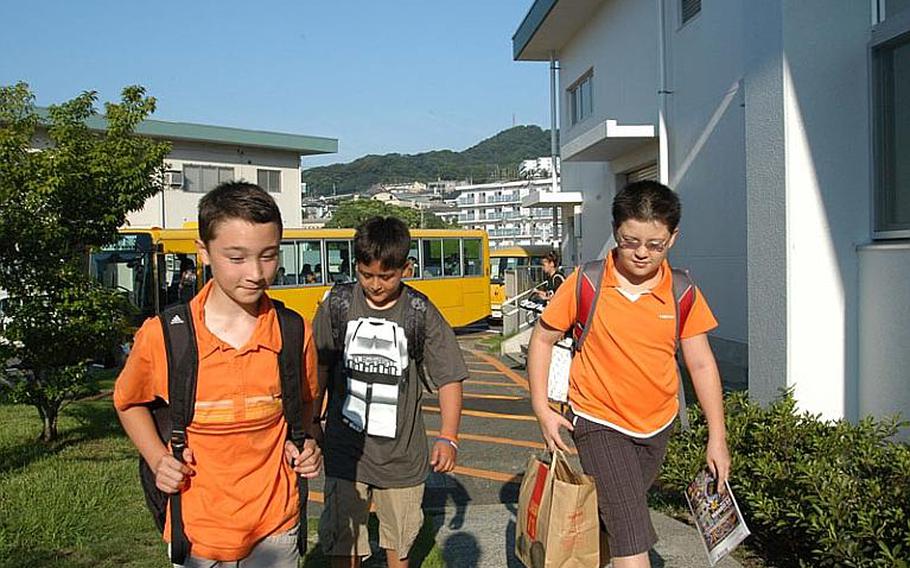 Pals Austin Parkes (left to right), 10, Miguel Rodriguez, 9, and Tyler Harper, 11, were ready for the first day of school at Sasebo Naval Base, Japan. (Matt Burke/Stars and Stripes) 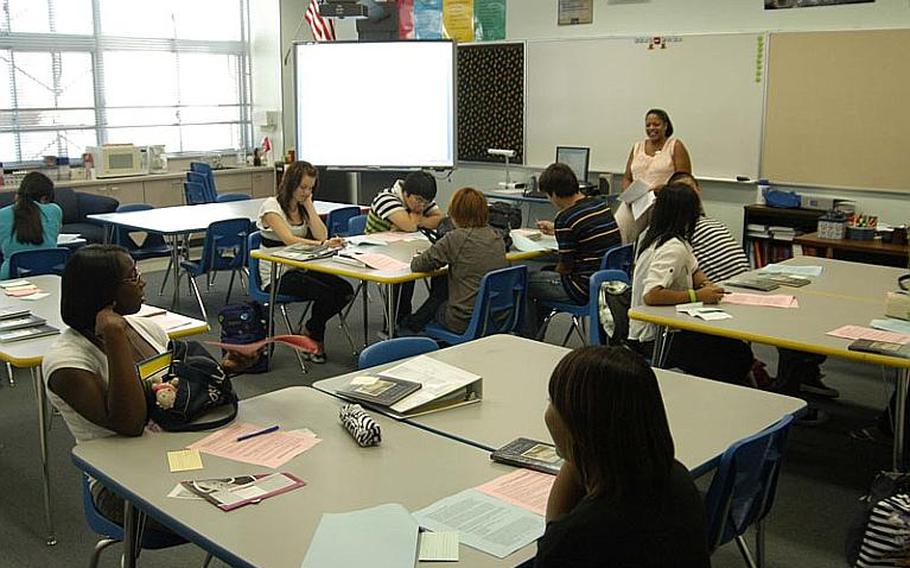 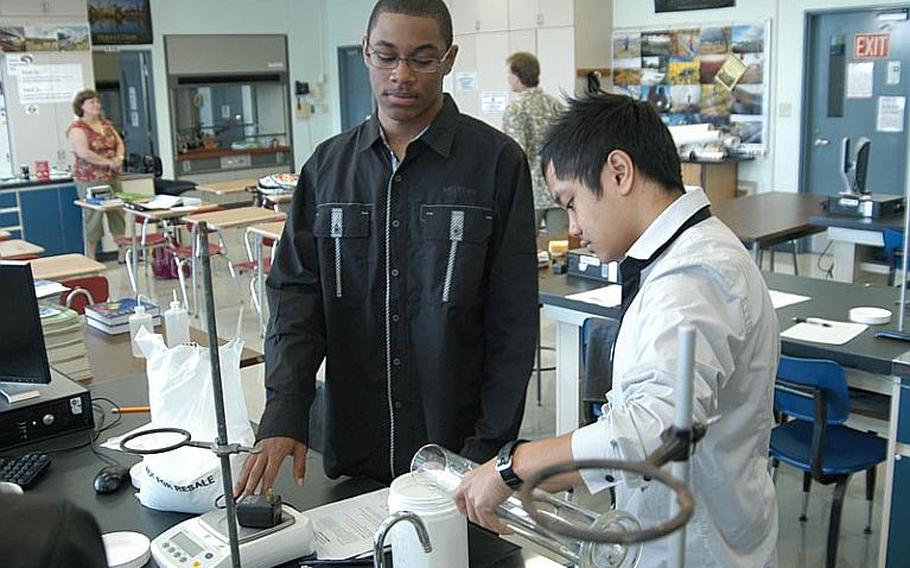 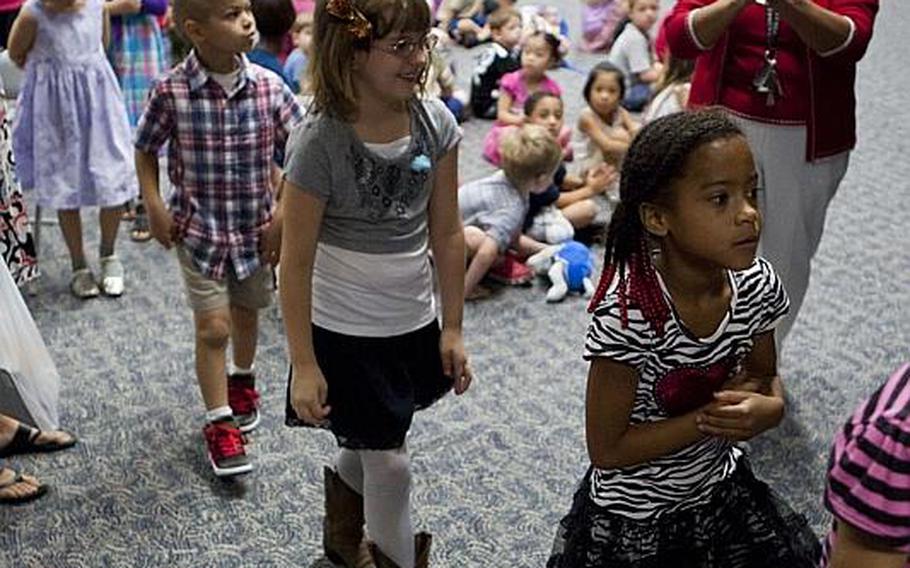 First-graders at Joan K. Mendel at Yokota Air Base, Japan, head off to class following an orientation ceremony welcoming students back Monday. (Grant Okubo/Stars and Stripes)

SASEBO NAVAL BASE, Japan &mdash; They came carrying new backpacks and binders, wearing fresh outfits and the caps of their favorite sports teams.

The sounds of laughter and chatter filling the air Monday morning could only mean one thing: it was back to school for the more than 22,000 Department of Defense school students across the Pacific.

At Sasebo Naval Base&rsquo;s E.J. King, which serves as both a middle and a high school, the excitement was palpable. For some, the excitement soon gave way to angst as lockers wouldn&rsquo;t open and schedules needed to be adjusted.

&ldquo;Summer is boring,&rdquo; said 11th-grader Jenna Canup as she chatted with friends outside. Canup was especially pleased with her schedule this year.

&ldquo;I got a lot of the classes I wanted,&rdquo; she said with a smile.

In the high school, teacher Tom Heitstuman didn&rsquo;t waste any time in his marine biology class for juniors and seniors. By 8:30 a.m., students were already deep into an experiment making seawater.

Sydney Jacobson, a fourth-grader at Joan K. Mendel Elementary at Yokota Air Base, said summer was short, but she was excited to return to school and see her friends.

Tech Sgt. Debra Revell of the 374th Maintenance Operations Squadron at Yokota, couldn&rsquo;t help but experience a wide range of emotions as she watched her youngest son start kindergarten.

Revell and her family, who recently moved to Japan, said her two sons were really excited about starting school and getting a chance to make new friends.

Students made no effort to hide their enthusiasm during a break between classes.

&ldquo;The first day has been good,&rdquo; said sixth-grader Nick Pavek. &ldquo;I didn&rsquo;t do much during the summer, so I am glad to be here with my old friends.&rdquo;