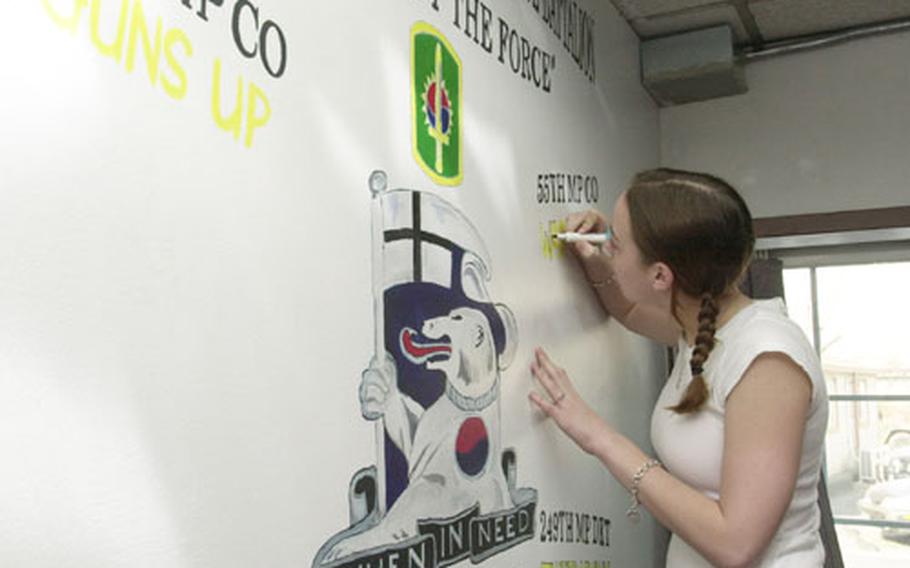 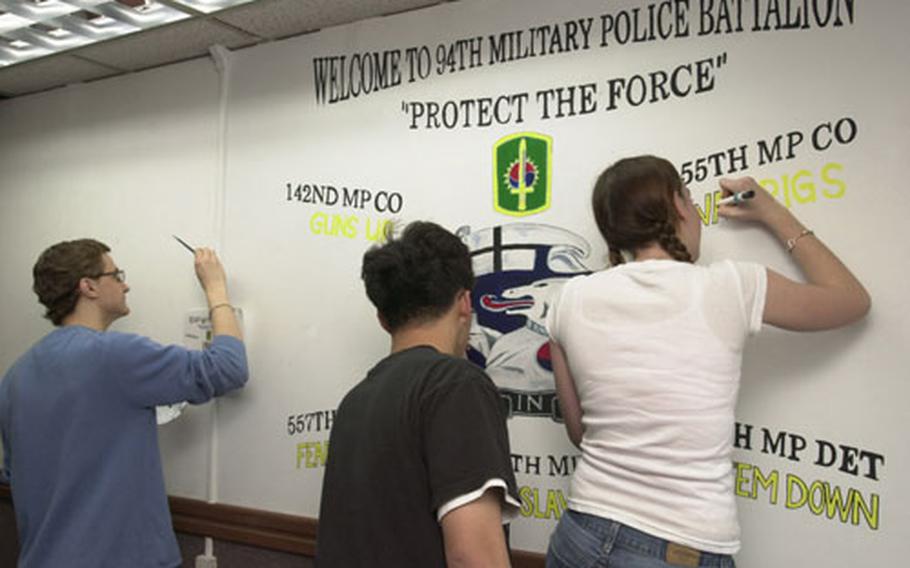 For the last six weeks or so, five students from the high school&#8217;s studio arts program have worked with acrylics and other tools to put a battalion mural on what was once an ugly, blank wall in the headquarters building.

&#8220;The sergeant major was sick of in-processing people in front of a big old dirty wall, so we called over to the school to see if they could help us out,&#8221; Walker said.

For the students, it&#8217;s a chance to get out of the studio and spend some time on a unique project. Depending on their class schedule &#8212; SAHS, like many schools now, alternates classes each day &#8212; the students spend a few hours two or three days a week working on the mural.

&#8220;The MPs wanted to get some of the higher art classes to do the mural, some of the more advanced students,&#8221; said SAHS senior Peter Orrahood.

Along with Orrahood, Will Parker, Sara Wilson, Jonathan Yi and Kyra Toffey all contributed to the work.

Late last week, as the group put the finishing touches on the 94th MP Battalion&#8217;s logo, an important final decision was still up in the air: Where should the artists sign their creation?

After a few joking suggestions that they scrawl their names over top of the whole thing, they decided on a small corner of the wall.